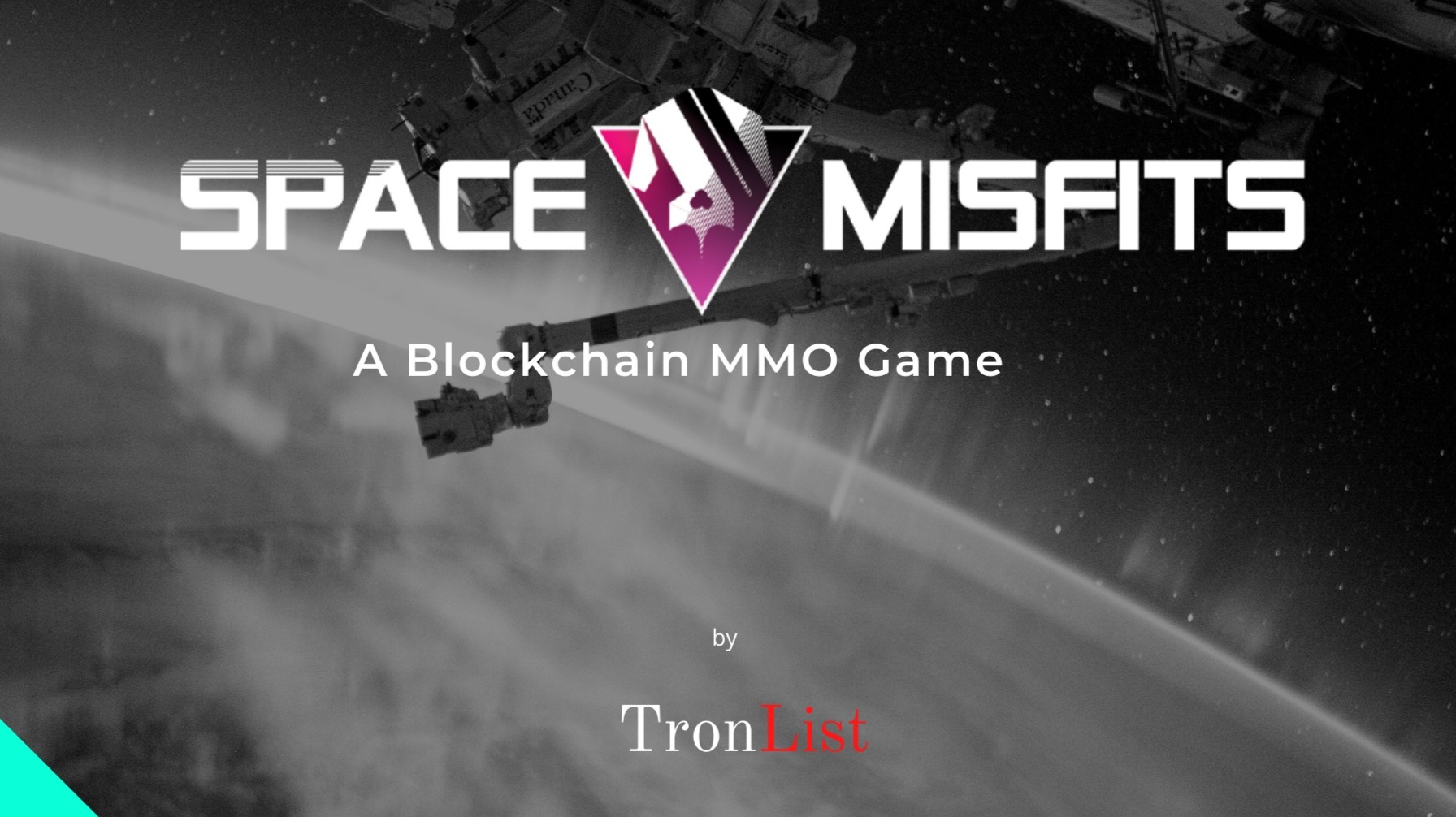 Today we will introduce you to SpaceMisfits – a blockchain MMO Game that aims to take a stand against the centralized gaming industry. How do they want to achieve that? Is it possible to earn $ while playing SpaceMisfits? What is the gameplay of SpaceMisfits? You will find the answer to all of those questions and much more in this article!

SpaceMisfits is a 3D Low Poly Space Sandbox MMO Game powered by the ENJIN SDK. The objective of the game is to become the “King of all Misfits”. By allowing players to hunt, collect and mine items and resources with real cryptocurrency value – it empowers their players with true game item ownership. You can become a space pirate, a trader or a miner – SpaceMisfits offers plenty of different and unique game-plays for everyone.

There are five major types of blockchain items that players can acquire in the game:

While avatars and skins are only cosmetic upgrades, that players can purchase or acquire in the game, owning blueprints will give players the opportunity to build and sell items. The blueprint owners can then use a station to build items and ships, which can be sold to other players. Furthermore you can even sell a copy of the blueprint aswell.

In order to get an idea of the gameplay we will split it into nine different sections:

There are systems scattered throughout the Space Misfits Universe – each of those contains stations, asteroids and planets. The first system is considered the King’s system where every players begins his journey. There players will have access to fuel, NPCs and asteroids where they can hunt, mine and collect resources to start building their fleet. Every further system is more complex and requires better ships, but also provide better resources and higher level NPC’s

Stations are the heart of SpaceMisfits. When a players owns a space station, they are rewarded every single time a player uses their station services. There are two types of Stations:

In order to become an station owner – you must have an SSOT in your blockchain wallet. This token will grant you the ownership. Services in the stations will reward the owners with BITS/ENJIN tokens.

In SpaceMisfits mining and building are the foundation. The Forge is where manufacturing takes place in each station. In order to be able to use the forge – players will need a blueprint, minerals that are required and an empty Forge slot to build. Furthermore the building process will consume BITS tokens.

Blueprints are blockchain assets owned by SpaceMisfits’s players. They are available to purchase on the market. A player is able to build: ships, weapons, modules and munitions with a blueprint. Furthermore you can also rent out blueprints to other players.

In the market, players can buy and sell anything in the game, whether it is minerals needed to build an item or finished items such as ships,
weapons, or munitions. The market also will provide an ENJIN Marketplace where players can buy, sell, and exchange blockchain items. BITS can also be offered in the ENJIN exchange, and players can choose to sell their BITS for ENJ Tokens. The marketplace will have a broker fee, and the station owners will receive this fee in either BITS or ENJ Tokens depending on the currency used in the transaction.

POT is another ownership token inside of SpaceMisfits. Players who own it, will have the ability to own a fuel producing planet outpost. There are four types of fuel in the game: Chemical, Ion, Plasma and solar radiation. Each Outpost produces different fuel and sends it to the market for sell.

There are different types of Asteroid belts in SpaceMisfits. The more you progress the better minerals you will be able to mine. Well-equipped miners will have a fighter as a wingman for protection while mining. The more players progress in the game – more systems will start unlocking and with them more rarer minerals, which will allow you to build bigger and better ships.

Every single asteroid belt inside Space Misfits has enemy NPC waiting to destroy other players and miners. An NPC is a non-player character in the game that we program and apply rules to. When a player destroys an NPC, they will have a chance to collect drops from this NPC. Drops or “Loot” is collected by whoever kills that NPC. Loot can
consist of BITS, items, minerals and even blockchain items such as blueprints and avatars! When a player collects loot, it is placed in their
ship’s cargo hold. If they collect a blockchain asset that asset is placed inside their Crypto Gaming Wallet immediately using the ENJIN network .

While playing SpaceMisfits – you will never be alone. You can have your gang of avatars and clones, that you can hire by your side. When you place an avatar inside your ship, they become par t of the crew improving
the ships abilities and stats. You must choose wisely which avatar to use based on your current situation in the game. There are 4 categories of Avatars:

Can you earn $ with SpaceMisfits?

Yes you can! SpaceMisfits allows their players to truly own their time and investment they make towards the game. If you play the game – you will be rewarded with crypto tokens, which you can then freely trade in the game’s open market.

Furthermore owning one of their valuable items like Blueprints will generate revenue in BITS and ENJ over time. This can then later easily be converted to fiat.

You have probably heard about MMO games like World of Warcraft or TERA – those games have generated millions of dollars in revenue for the gaming studios and developers. Players never have had the opportunity to earn something from the invested time in the game. With SpaceMisfits this is all about to change. The MMO game that is powered by ENJIN not only offers a great and full of varieties gameplay to its players, but also leaves them in full control of their in-game items. They can rent them or buy them and generate a real money income from it. We can definately recommend you to check out this amazing game and thank you for checking out our article. Remember to always do your own research before investing!