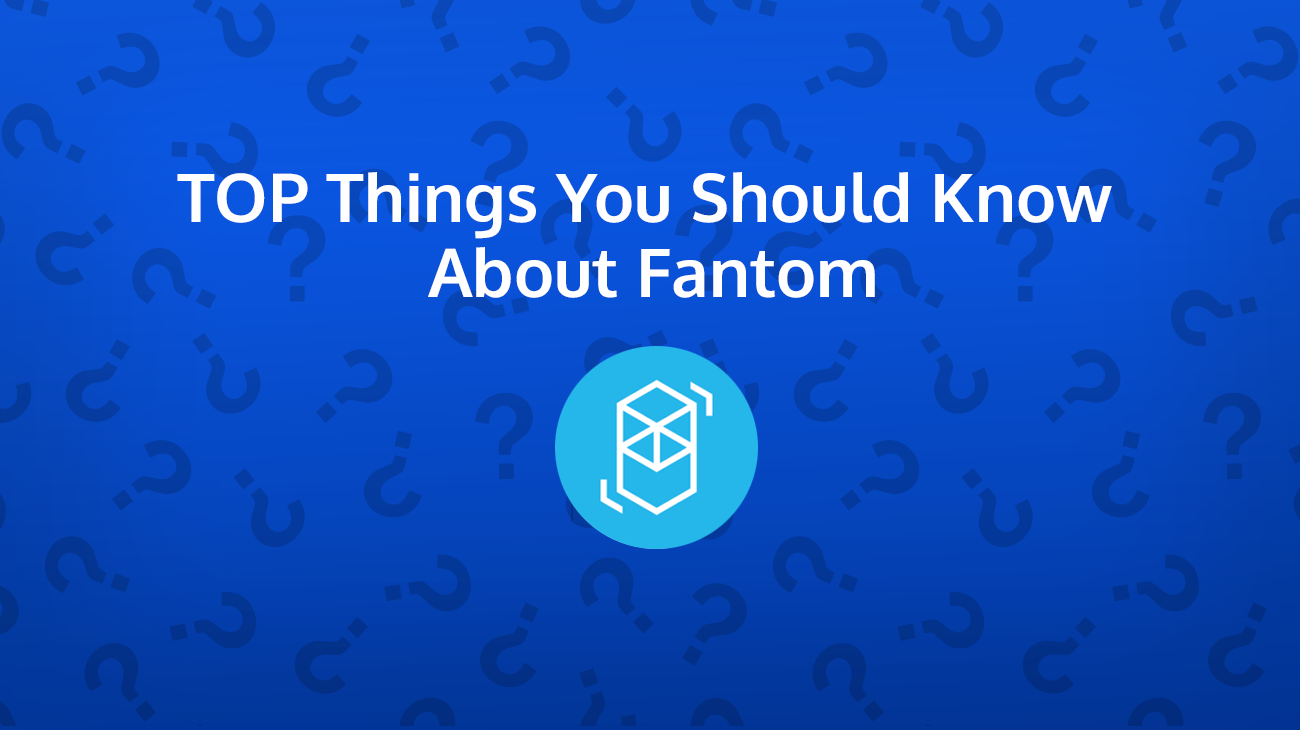 Top Things You Should Know About Fantom (FTM)

Hey guys :) I’m back with another comprehensive Q&A piece, this time for the Directed Acyclic Graph (DAG) based Smart Contract platform – Fantom (FTM).

Now, before we dive in, the following piece is similar to my latest articles on Orchid (OXT), Polkadot (DOT), and Kusama (KSM), so if you haven’t already seen those, be sure to check them out as well.

However, just like most reputable blockchains, Fantom is permissionless, decentralized, and open-source. And the Fantom ecosystem enables users to deploy their own independent networks rather than centralizing all computing power and usage on a single decentralized ledger.

Made for DeFi
Fantom is ideal for decentralized finance (DeFi) applications because it can facilitate near-instant transactions and extremely low fees. Fantom’s first DeFi application is Fantom Finance which enables you to trade, borrow, lend, and earn synthetic assets on Fantom.

Modular & Connected
Anyone can create and deploy their own customized blockchain on Fantom that is interconnected in one ecosystem.

2. Who and When Created Fantom? 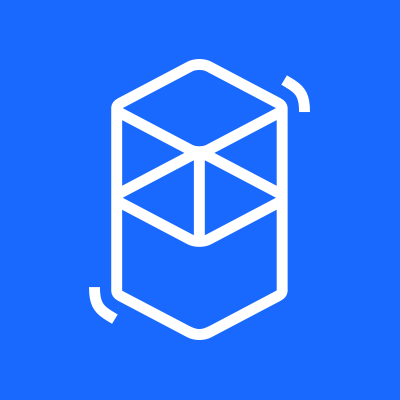 Fantom was founded by Dr. Ahn Byung Ik in 2018 who also served as the project CEO before leaving Fantom entirely in 2019. The Fantom project is now led by the Fantom Foundation, which was established in February 2019.

Prior to founding Fantom, Dr. Ahn founded a successful food-tech platform called SikSin, which is similar to Yelp. SikSin has since acquired over 3.5 million downloads and 22 million monthly page views. Moreover, Dr. Ahn is also the president of the Korea Foodtech Association, a contributing writer at Fortune Magazine, and holds a Ph.D. in computer science from Yonsei University.

All in all, Dr.Ahn is a talented individual but he has since left the Fantom project and left it to the Fantom Foundation, which is a registered corporation in the Caymen Islands.

The Fantom Foundation is a team made up of 28 engineers, scientists, researchers, designers, and entrepreneurs who share the same vision of “building the infrastructure for a more democratic and efficient future.”

Key members of the foundation include its CEO Michael Kong, CTO Quan Nguyen, and CMO Michael Chen. Additionally, it should be mentioned that Yearn.Finance’s Andre Cronje serves as a Technical Advisor to Fantom.

3. What is the Purpose of the $FTM Token?

The native cryptocurrency on the Fantom network is $FTM and its used for governance, payments, fees, and for securing the network through staking.

Securing the Network
The main utility of the FTM token on Fantom is to secure the network via Proof-of-Stake (PoS). Fantom’s PoS system not only secures the network and prevents centralization, but it’s also environmentally friendly.

To participate, you must stake (lock-up) your FTM tokens by choosing a reputable validator to stake to. Fantom network validators are required to hold a minimum of 3,125,000 FTM tokens before users can delegate their stake to them.

Network participants (validators and stakers) in the PoS system are rewarded with epoch rewards and fees.

Payments
The FTM token can be used to send or receive payments with fast finality and low fees thanks to the Fantom network’s high-throughput. On Fantom, FTM token transfers take around 1 second and cost just $0.0000001.

On-Chain Governance
Fantom is a completely permissionless and decentralized smart contract platform and therefore requires on-chain governance to make and carry out decisions regarding the network.

That said, FTM acts as the governance token of Fantom as it’s required to participate in the governance voting process. FTM stakers can propose and vote for changes and improvements to the protocol.

Network Fees
FTM is used to pay for network fees such as transaction fees, fees to deploy smart contracts, or fees to create new networks. Fees for these things are required to prevent network spam and to make it expensive for a malicious actor to carry out an attack.

4. How is Fantom Different From Ethereum? 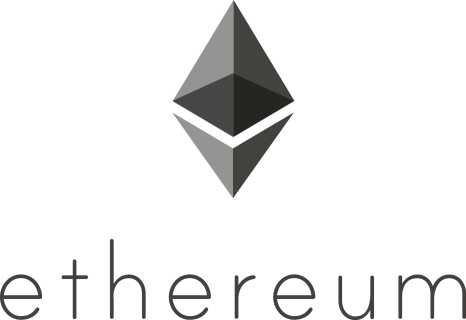 Fantom is different from Ethereum in a variety of ways:

This is the most fundamental difference because they are two completely different architectures with different scalability and security tradeoffs. For example, it can be argued that Ethereum is far more secure and decentralized than Fantom due to the tradeoffs for scalability using DAG-based technology.

Another major difference is that Fantom is modular and connected with the ability to create your own custom blockchains while on Ethereum, everyone has to build atop the Ethereum blockchain.

Mint fUSD with fMint
fMint is the gateway to fantom DeFi as it lets you mint Fantom’s fUSD stablecoin that’s pegged 1:1 to the USD price. Using your FTM at a 500% over-collateralization ratio, you can mint and rebalance fUSD at any time by adding or removing FTM. You can also unlock your FTM by repaying the fUSD you minted at any time.

Trade synths on fSwap
fSwap is a fully decentralized fToken swap platform that allows you to buy and sell fTokens directly from you Fantom Wallet. FTM or fUSD can be used to trade over 176 synthetic tokens, including fBTC and fETH.

Lend and borrow on fLend

Put your FTM and fUSD to work by lending them out to the liquidity pool and earn interest on your capital. Alternatively, use fUSD as collateral to borrow synthetic assets and trade them on fSwap, without ever leaving your wallet.

6. What is Fantom Opera?

Fantom Opera is a secure and fast development environment for building decentralized applications. It is fully permissionless, open-source, and powered by Fantom’s aBFT consensus algorithm to provide fast finality transactions, making it ready for real-world applications.

Leaderless Proof-of-Stake
Opera validators do not determine which blocks are valid, which increases network security substantially.

Fast Finality
Transactions on Opera are considered finalized and settled in less than 2 seconds, thanks to the underlying Lachesis aBFT consensus mechanism.

EVM compatibility and Solidity compiler support
Developers can write, deploy, and run smart contracts as they would on Ethereum, but on top of Opera’s faster consensus mechanism.

Open Source
Opera is easy for developers to build on because all of the code is open-source and available on Github.

Easy Onboarding
Fantom’s native PWA wallet cryptocurrency wallet will automatically swap ERC-20 and BEP-2 to Opera FTM. Simply select the network you are sending tokens from and send your FTM to the displayed address.

You can stake FTM tokens, you cannot mine them.

Fantom uses a Proof-of-Stake (PoS) consensus mechanism to validate transactions and secure the network. FTM token holders can participate in the network and earn rewards through staking (locking-up) as little as 1 FTM token.

Staking on Fantom is easy. You don’t need any specialized hardware or device, you can stake directly from your laptop or phone.

More detailed steps on how to stake FTM can be found in this step-by-step guide.

As seen in the image above, the FTM staking rewards are very high to reward early adopters of the network and dilute as participation increases.

Network Rewards will be as follows:

As for validator rewards, validators receive a fixed commission rate of 15% of the rewards that they earn for its stakers. To run a validator node, you need at least 3,175,000 FTM, specialized hardware and software, and you must be technically savvy.

8. Where to Store $FTM Tokens?

Fantom (FTM) tokens can reside on the Ethereum blockchain as ERC-20 tokens, on Binance Chain as BEP-2 tokens, and on the Fantom Opera Chain as native FTM tokens.

That said, depending on the type of FTM token you have, you can store it in any of the corresponding blockchain network’s most trusted and reputable wallets.

However, the best wallet for storing any kind of FTM token is the official PWA Fantom Wallet. This wallet only supports Fantom Opera FTM tokens but automatically converts ERC-20 and BEP-2 based FTM tokens to Opera-based tokens upon deposit. The PWA Fantom Wallet enables you to send, store, and stake your FTM all from within the wallet.

Other FTM token wallets include:

In addition to the above-listed wallets, Fantom (FTM) can be stored on a wide variety of other reputable ERC-20 and BEP-2 token supported wallets.

Fantom (FTM) can be bought and sold on a peer-to-peer (P2P) basis but the most popular way to buy, sell, or trade FTM is through centralized or decentralized cryptocurrency exchanges.

You can buy FTM with cryptocurrency or fiat currency at the following top exchanges. In most cases, you will be able to buy FTM with BTC, ETH, or stablecoins.

In addition to the exchanges listed above, Fantom (FTM) is also traded on a wide variety of other exchanges and platforms that enable people to buy, sell, or trade cryptocurrencies.