Top Things You Should Know About Polkadot (DOT) 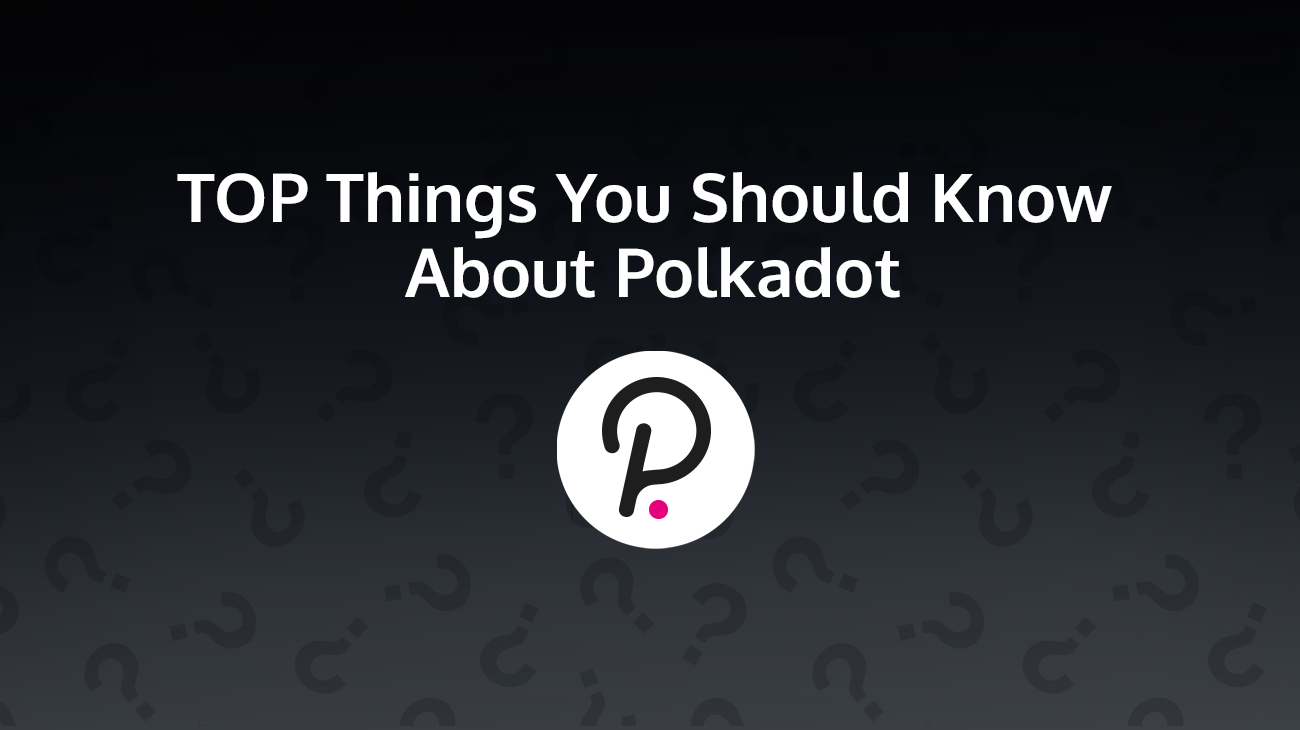 Top Things You Should Know About Polkadot (DOT)

Hey guys :) I’m back with another comprehensive Q&A piece, this time for the “revolutionary” blockchain infrastructure protocol – Polkadot (DOT).

Polkadot is a sharded multi-chain network that connects independent blockchains together into a single, scalable and decentralized network. It aims to play a significant role in blockchain scalability and interoperability for the services and applications that run on it.

Now, before we dive in, the following piece is similar to my latest articles on Kusama (KSM), Wrapped Bitcoin (WBTC), and Uniswap (UNI), so if you haven’t already seen those, be sure to check them out as well.

Polkadot is a “next-generation blockchain protocol” connecting multiple specialized blockchains into one unified network. It enables independent blockchain networks to operate together, exchange data, and process transactions with the benefit of shared security provided by the Polkadot Relay Chain.

It aims to facilitate an “internet of blockchains” or “decentralized web” where users are in control, rather than internet monopolies. It also aims to make it easier than ever to create and connect decentralized applications (dapps), services, and institutions across blockchains.

The most critical parts of the Polkadot Network are the Relay Chain, Parachains, Parathreads, and Bridges. These components greatly simplify and enable cross-chain communication, interoperability, and scalability by bringing multiple blockchains into one network.

Let’s dive into them here:

Relay Chain
The Relay Chain is the backbone of the Polkadot Network as validators on this chain accept blocks from all parachains and thus provide security for the entire network. It acts as the main communication hub between parachains (shards) that run on the network.

Parachains
Parachains are independent blockchains that are secured by and run in parallel to, the Relay Chain. Parachains provide chain-specific features to the Polkadot network and vastly improves upon blockchain scalability and usability.

Parathreads
Parathreads are like Parachains from a technical point of view, however, unlike parachains they are temporary. Parathreads are plentiful and can be leased almost instantly and for a short time, while Parachains are more permanent and limited in number.

Bridges
Bridges are a special kind of Parachain that connects other established blockchains (ie. Bitcoin or Ethereum) into the Polkadot ecosystem. Bridges enable true blockchain interoperability, allowing for token and data transfers between Polkadot and outside networks.

True Interoperability
Polkadot enables cross-blockchain transfers of any type of data or asset. With Polkadot, you can interoperate with a wide variety of blockchains through the Polkadot network.

Easy Blockchain Innovation
Polkadot is built using the Substrate framework, which enables developers to create a custom blockchain in minutes and connect it to Polkadot to benefit from the network’s security and interoperability from day one.

Forkless and Future-Proof
Polkadot can upgrade without hard forking the codebase to integrate new features or bug fixes. This enables Polkadot to more easily upgrade itself as new technologies emerge.

Security for Everyone
Polkadot’s parachains (specialized blockchains) remain independent in their governance but united in their security.

User-Driven Network Governance
Polkadot employs a governance system where all stakeholders can vote on upgrades and network improvement proposals that are coordinated on-chain and enacted autonomously.

2. Who and When Created Polkadot?

Polkadot was founded by Robert Habermeier, Dr. Gavin Wood, and Peter Czaban and is backed by the Web3 Foundation as well as Parity Technologies.

Polkadot’s development began in November 2017 when developers published the first code on Github. In July 2018, Polkadot deployed its first Parachain and in May 2020, Polkadot launched in an “initial” state.

As of October 2020, Polkadot’s Relay Chain has not yet been activated and Parachain auctions are not yet live.

Back to Polkadot’s founders:

Robert Habermeier is a Thiel Fellow and co-founder of Polkadot. He’s a longtime member of the Rust community and has an extensive research and development background in blockchains, distributed systems, and cryptography.

Dr. Gavin Wood is not only a founder of Polkadot, but he’s also a founder of Ethereum, Parity Technologies, Grid Singularities, and the Web3 Foundation. He’s a huge proponent of the blockchain space as he’s invented several fundamental blockchain components including Solidity, Proof-of-Authority consensus, and Whisper.

Peter Czaban is the Technology Director of the Web3 Foundation and founder of Polkadot. He’s highly educated with a Masters of Engineering degree attained from the University of Oxford and he has a diverse portfolio of work experience across defense, finance and data analytics industries, working on mesh networks, distributed knowledge bases, quantitative pricing models, machine learning, and business development.

Moreover, apart from these foremost founders, Polkadot is the flagship project by the Web3 Foundation, a Swiss Foundation founded to facilitate a fully functional and user-friendly decentralized web.

3. How is Polkadot Different From Ethereum? 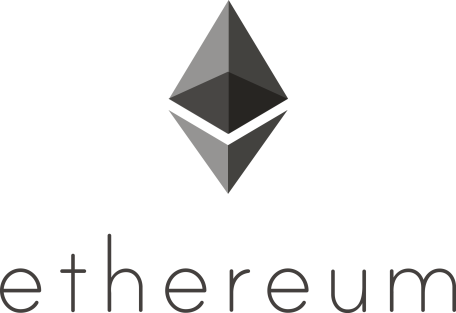 Despite their similarities, Polkadot and Ethereum 1.0 have some key differences including:

All in all, the primary difference between Polkadot and Ethereum 1.0 is its architecture.

The Ethereum platform deploys its smart contracts, digital assets, and decentralized applications (dapps) on the single Ethereum chain. While Polkadot provides a framework for building your own interconnecting blockchains that plug into Polkadot’s Relay Chain.

In other words, Polkadot is made up of a network of blockchains, while Ethereum has just one blockchain. Therefore, Polkadot and Ethereum 1.0 are two radically different blockchain systems.

It doesn't mean that Polkadot is the Ethereum killer. These 2 might co-exist in the future, used by different projects for different purposes.

4. What is the Correlation Between Polkadot & Kusama Network?

Kusama Network is the “canary in the coal mine” for Polkadot, meaning it’s a sort of testbed in which innovative developers can test their code before it will be released on Polkadot governance, staking, nomination, and validation functionality in a real environment.

Kusama is like an experimental development environment for teams who want to move fast and innovate in preparation for deployment on Polkadot. It serves to help detect any kind of vulnerabilities or weaknesses in the Polkadot code base.

That said, Kusama is built on the same modular framework as Polkadot, Substrate; it has nearly the same codebase as Polkadot; it’s founded by Polkadot’s creator, Dr. Gavin Wood; and its also backed by the Web3 Foundation. 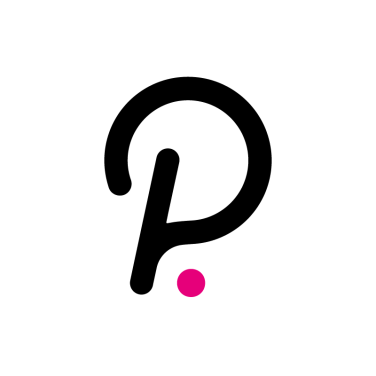 $DOT is the native cryptocurrency of the Polkadot network and it primarily serves three distinct purposes:

Governance
$DOT token holders have complete governance control over the protocol. The underlying code of Polkadot will enable $DOT holders to participate in the on-chain governance, determining various aspects of the network including fees, auction dynamics, and schedule for adding Parachains, as well as upgrades and fixes to the Polkadot platform.

Staking
The staking of $DOT tokens will be required to facilitate Polkadot’s consensus mechanism. In order for valid transactions to be carried out across parachains, Polkadot will rely on $DOT holders to play an active role in the system through staking.

The staking of $DOT tokens incentivizes token holders to behave in honest ways by rewarding good actors with inflationary $DOT and punishing bad actors by losing their stake in the system. $DOT required for staking will vary according to the activity undertaken, the duration $DOT is staked for, and the total number of $DOT staked.

Bonding
New parachains can be added to Polkadot by bonding (tying up) tokens for the allotted bonding period. After the duration of the bond has elapsed and the parachain is removed, the bonded $DOT tokens will be released back to the account that bonded them.

Outdated or non-useful parachains can be removed by removing the bonded tokens to keep the network more productive and on track.

6. What are some Notable Projects Built on Polkadot?

According to polkaproject.com, there is a total of 251 projects built on Polkadot as of October 6, 2020. Out of these 251 projects, 76 of them are built using Substrate, and the rest are tools, validators, explorers, forums, workshops, etc.

That said, some of the most notable Substrate-based projects on Polkadot include:

Some of the projects mentioned above (and many more) originated on the Ethereum blockchain but are blockchain agnostic and now have implementations on Polkadot, in addition to Ethereum.

7. Does Polkadot Connect With Other Blockchains (is it Interoperable)?

Yes, Polkadot is interoperable with other blockchains like Bitcoin and Ethereum via Polkadot’s decentralized and trustless bridges. However, these blockchain bridges have yet to be heavily used and are still a work in progress.

There are two types of bridges in the Polkadot ecosystem:

8. How is Polkadot Governed?

Polkadot has an on-chain governance structure where three types of Polkadot users can influence the protocol’s development.

$DOT Holders
Anyone who holds $DOT tokens can use their tokens to propose changes to the network. $DOT token holders can also approve or reject major changes proposed by others. $DOT holders are incentivized to participate in network governance through staking that pays rewards.

The Council
Polkadot has a Council whose members are elected by $DOT holders. Like $DOT holders, Council members are responsible for proposing and voting on protocol changes. Additionally, they also determine which changes proposed by DOT holders are made to the software.

The Technical Committee
The technical committee is composed of a team of developers and software engineers who are actively building Polkadot. Members in this committee are voted in by Council members and can make special proposals in the event of an emergency.

Polkadot’s $DOT token resides on top of the Polkadot Relay Chain rather than on the Ethereum public blockchain. That said, $DOT is not currently supported by most of the widely known cryptocurrency wallets that support ERC-20 tokens.

That said, there aren’t as many crypto wallets supporting $DOT just yet, but as Polkadot grows in popularity, you can expect to see many more wallets offering its support.

Polkadot (DOT) can be bought and sold on a peer-to-peer (P2P) basis but the most popular way to buy, sell, or trade DOT is through centralized cryptocurrency exchanges.

You can buy DOT with cryptocurrency or fiat currency at the following top exchanges. In most cases, you will be able to buy DOT with BTC, ETH, or stablecoins.

In addition to the exchanges listed above, Polkadot (DOT) is also traded on a wide variety of other exchanges and platforms that enable people to buy, sell, or trade cryptocurrencies.