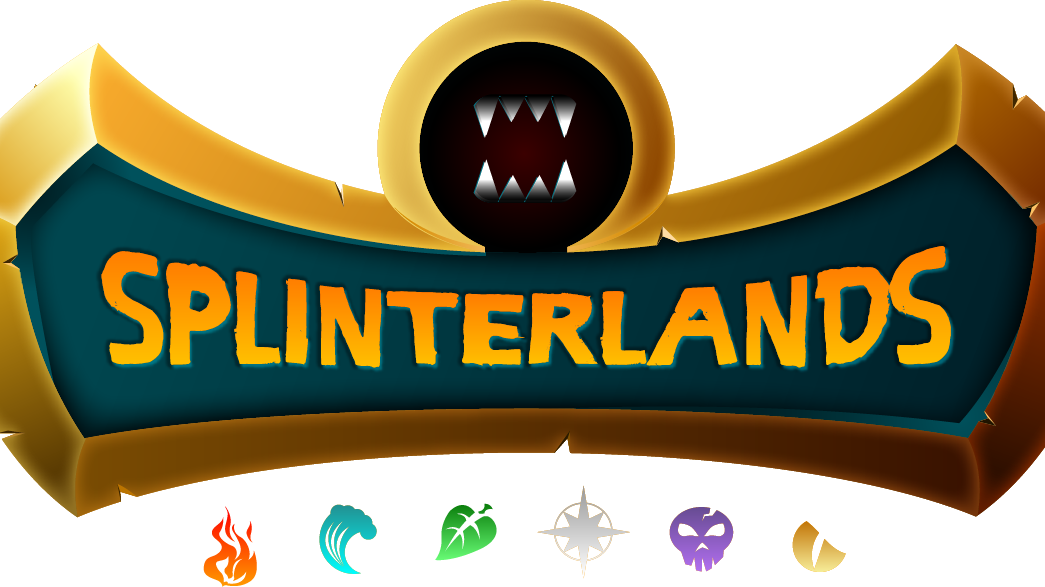 Splinterlands is not just Play2Earn, it's Engage2Earn!

The concept of Play2Earn is something that immediately attracted me to blockchain gaming when I first found out about it. Incidentally, the concept itself isn't really new. Back when I was a kid, the Friday nights playing Magic the Gathering would pay for the Saturday nights spent partying. We'd spend countless hours drafting and luckily, I was the best player of my group, so I usually ended up with cards and boosters worth way more than what I had spent to play. Later on, I started to play digital trading card games that allowed me to trade my cards to other players. The most lucrative one was the infamous Hex TCG which earned me several thousand dollars over the years. All these games had one thing in common - you needed to be pretty much on top in order to actually earn something from them.

Hadn't I won as many drafts in MTG or Hex, I would have never managed to earn any real money let alone even make back my money spent in the first place. That's how classical trading card games work. The majority of players pay a huge amount of money so that a few lucky players can earn something. This obviously feels great if you are among the lucky few actually winning, but it sucks pretty bad if you are among the ones footing the bill. With blockchain gaming, this is about to change. There are several implementations of Play2Earn out there already, with some doing better than others. I've tried many different games these last 12 months and while there are other concepts I liked as well, no game has done it as well as Splinterlands so far.

The reason for this is surprisingly simple. Instead of only creating a Play2Earn environment, they are actually creating an Engage2Earn environment. What this means is that you can obviously earn some crypto just by playing the game, but you can earn even more by actively interacting with both the game and its community. The game is having different community contests all the time, lore and art challenges, battle and monster highlight challenges, and many more. All these contests provide their players with the opportunity to take to Hive and publish content related to the game which is manually curated by both Splinterlands itself and many members of the community. This in turn earns players some Hive tokens, but thanks to Hive's tribes there's even more.

Splinterlands established their own tribe called Splintertalk coming with its own token called SPT. Even though this token can't be used for anything yet, it's still some additional income on top of the potential Hive earnings. Eventually, the token is going to be used to buy cosmetics from Splinterlands. Until that is implemented, you can just sell it for some more Hive or stake it to earn additional rewards. If you delegate it to @monster-curator, you'll earn a nice daily return on your stake. On top of that, Splinterlands also fits in the LeoFinance tag, since this one is also about blockchain games. With all these tokens combined, a single post about Splinterlands could easily earn you 10$ or more.

The clever thing about this is that it does not interfere with the game's economy. These rewards are not coming from the games pockets but instead from Hive and the associated tribes. It's a win win for both parties involved, as it provides the players with additional opportunities to earn money, while at the same time giving additional visibility for Splinterlands. As an added bonus, quite some amount of these earnings will probably be spent on buying more cards or booster packs. 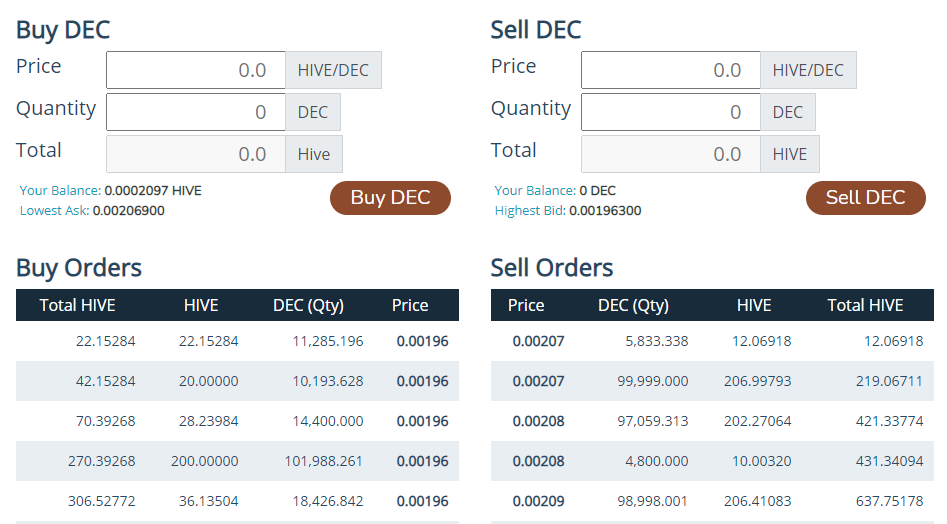 A lot of players will take their hard earned Hive, Leo, and SPT to Hive-Eninge to trade it for Splinterlands ingame currency DEC. This in turn helps other players looking to unload some of the DEC they earned while playing the game. The whole cycle creates an environment that's surprisingly sustainable, with money constantly flowing into and out of the game. Another reason for this is the huge amounts of cards needed for a full collections.

I know not everybody is happy about it and believe me, there are days when I get pretty mad when I loose several games in a row because I'm facing opponents running cards I do not own worth hundreds or even thousands of dollars. Splinterlands certainly has its issues with Pay2Win and I've already made several articles discussing the topic. Nevertheless, in terms of building a sustainable economy, they did just the right thing. No matter what level you are playing at, no matter how much money you are looking to spend, there's always something to buy for you and with scaling involvement there's also a scaling cost for everything. 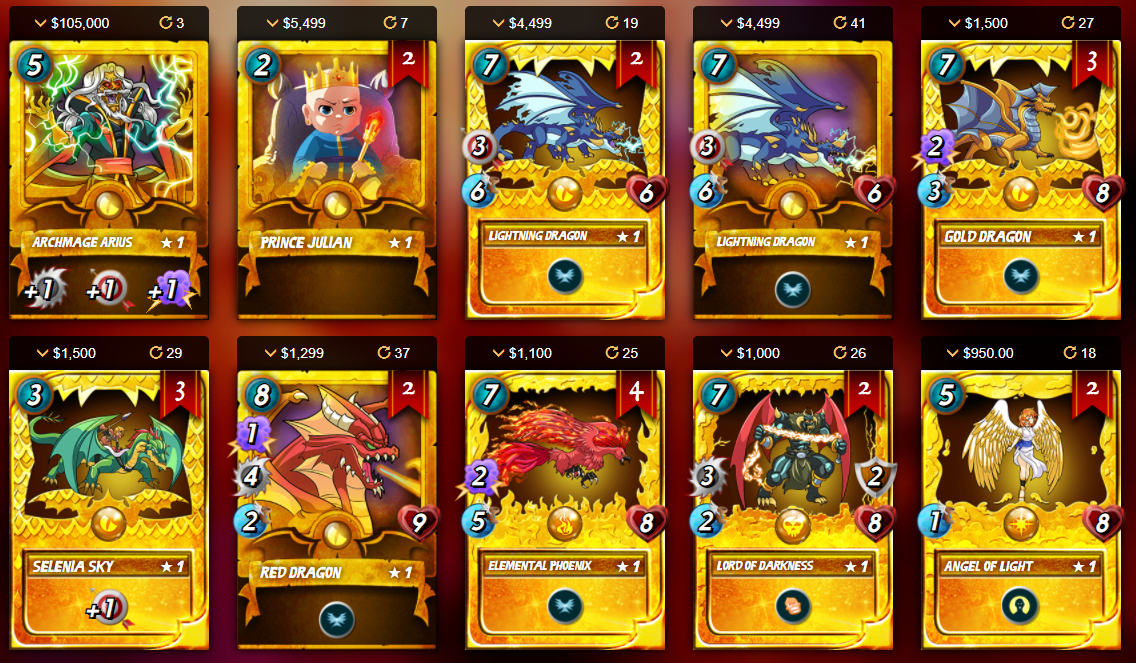 At this point, acquiring a complete collection of max level cards will be next to impossible for anybody but the biggest of whales. The good thing is, though, you don't have to have a complete collection to enjoy the game and you don't have to look at the cost of the gold foil cards above to start growing your collection. When you are new to the game, you can acquire meaningful additions to your deck for as low as 0.02$ per card. As you get more involved, you'll be looking at more expensive cards to add to your collection while at the same time you'll need more copies of each card to advance. This creates a clever pattern, where you are always encouraged to spend even more of your also increasing rewards to achieve even bigger rewards. This works all the way to the top. I'm making about ~100-120$ per month just playing Splinterlands and renting out the cards I don't need. But at the same time, I could still buy cards worth thousands of dollars in total to improve my deck further.

The Splinterlands devs have been called all kinds of rude names for this, some are claiming they are just greedy and what not. The truth is, while they sure are not opposed to earning money, there's nothing wrong with it. Quite the contrary, it is actually a necessity to create a functioning market. Without the huge amount of different cards, none of this would hold any value. If anybody could just waltz in and acquire a complete collection, anybody would be looking to sell and there would be nobody looking to buy. Their real achievement is that they managed to create a game that's really fun to play and back it up with an economy that can keep people involved and reinvesting their earnings (and more) into the game. Actually, the game's economy has already proven that it can even manage a whale selling off cards worth hundreds of thousands of dollars without too much of an issue.

All things considered, Splinterlands is both a great game and a great investment, with the price action of some of the older and rarer cards rivaling or even outright beating Bitcoin. There are always tweaks to be made, issues to be fixed, but at the end of the day, I think it's pretty impressive to see what Splinterlands managed to create and if the game ever manages to bridge the mainstream market (which I think it has a real chance of doing), then anybody involved with the game already will be in for a huge gain.