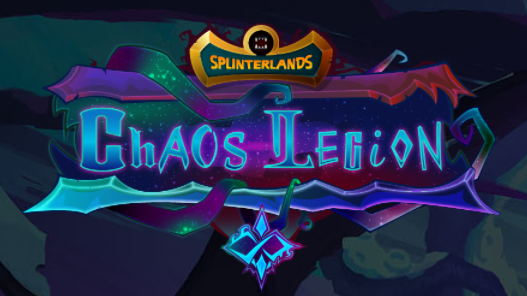 When I started to blog again I wanted to alternate between writing about Splinterlands and talking about something else. Well, my last article already was about my favorite (blockchain) game, but from time to time something happens that triggers me to want to make an article right away. In that case, it was some random discussion over in Discord about whether Splinterlands would still be around in 10 years or not.

As a matter of fact, most games don't survive for 10 years. Heck, most are only played for a couple of years before they are abandoned and forgotten. The few that happen to survive for longer are usually the ones that do something that others don't and even when they are copied, the copies are simply worse than the original. One of these examples would be World of Warcraft, undoubtedly the most successful and most important MMORGP in history. Ever since its success there have been countless other MMORPGs but not a single one managed to do what World of Warcraft did. There's that tale that Blizzard stopped development of a successor simply because they didn't want to create competition for their own game.

Another example would be the ever successful Magic the Gathering which has now been going for almost 30 years. Just like World of Warcraft, there have been countless other trading card games but nevertheless, it's still going strong and there's no sign of it stopping yet. Obviously, these occasions are rare, there's never a guarantee that a game will achieve that status, but nevertheless, I do believe that Splinterlands might be in a position to actually achieve exactly that - being around in 10 years, 20 years, maybe even thirty years. How would that even be possible you ask? Well, in my opinion, it would happen through the creation of the Splinterverse! So what would the Splinterverse look like in 2030? The idea is to put Splinterlands at the center of the whole Metaverse, setting it up as the flagship game that everything else revolves around. On top of that, there would be other games using the same NFTs and assets but providing their own rewards and incentives to play. Obviously, these could also have NFTs added on top of that, possibly even for other projects within the Splinterverse to use them as well. This would create an ever increasing web of games and projects woven around Splinterlands, each relying on the rest of the Splinterverse to fuel their own endeavors.

Now something like that isn't going to build itself over night. Getting there will take years and hard effort. Nevertheless, I think it's possible we'll make it and if we do, even the sky won't be the limit. Initially these new projects will mostly have to come from Splinterlands itself. Good news is, they recently passed the 100 employee mark so they are rapidly getting into a position where they can potentially work on several projects at once. More games would provide more use cases to Splinterlands assets and would provide more value to them. At the same time, different games might attract different users, thus increasing the reach of the Splinterverse itself.

Let's not fool ourselves here, I think Splinterlands is an awesome game and I'm playing it daily for almost 2 years now. But it's also pretty complex and not exactly casual. It's also a pretty specific genre that many gamers simply won't care for. Some players aren't looking for a trading card auto battler, but they might enjoy a real time strategy game, a MMORPG, a farming simulator, or whatever. The key is to get them interested in one project that they do care for, get them interested in owning some of the NFTs to use in their game, and then expose them to the whole Metaverse, getting them to play and interact with other projects as well.

Splinterlands could either create these new games themselves, or they could order them from other developers. This would only be the beginning, though. As the Splinterverse grows and more and more gamers are attracted to the ecosystem, it would become increasingly interesting for 3rd party developers to actually release their project within the Splinterverse. Doing so would put their game in front of a huge group of players and by giving special use cases to different NFTs, they would potentially get a lot of players to at least give it a shot.

Over time, the Spinterverse would grow into a huge ecosystem with dozens and dozens of games and projects each using each others assets and building on top of each other. There are already some very early projects that try to do exactly that like Splinterforge for example. Splinterforge is a PVE game built on top of the Splinterlands assets, allowing you to use your monsters and summoners in order to fight PVE bosses. While using these assets, the game provides you with its own rewards that can be used within its own ecosystem.

While this is already looking like a really promising project, it's really just a small first step. Imagine a 4v4 squad based tactics game like Darkest Dungeon using Splinterlands monsters. You'd get to pick any 4 monsters from your collection and go an adventure with them. In Darkest Splinterlands, they'd have completely different stats and abilities than in Splinterlands itself. The game could then provide loot for clearing a dungeon in the form of additional equipment like weapons, shields, and armor that you get to equip to your monsters.

Now let's say we introduce another game to the mix, maybe a turn based strategy game like Fantasy General. In Splinterlands General you'd get to use your monsters from the core game, but you could also equip your troops with items from Darkest Splinterlands while again providing your own rewards which then could potentially be used in more games and so on. As you can see, the possibilities are endless and establishing the Splinterverse would really take gaming to another level.

As I've already said initially, getting there is all but a given. There are many projects out there that would love to do the same thing and it's way too early to tell if any of them are actually going to succeed in doing so. Nevertheless, I feel like there's that real possibility that we'll get there one day. So is Splinterlands still going to be around in 2030? Who knows, really. But it could be. And if it is, the Splinterverse might have already become a reality and we'd all be jumping from game to game using our owned assets in as many ways as we want to. I'll see you there!