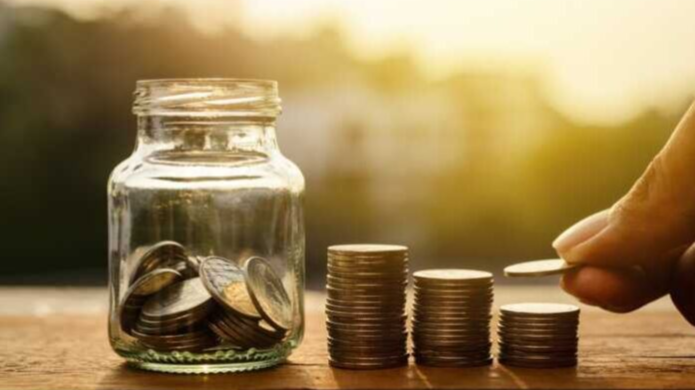 3 Utility Tokens You Should Be Looking At!

In 2017 we blindly invested in a multitude of cryptocurrencies. I remember picking up projects like Snovio, Elixr, and Datum. A few of you may be laughing, as these are some of the worst-ranked coins on Coinmarketcap, but I made a pretty penny off these back in the day. When I look back at these projects I can't help but see how ambitious they were. On paper, they were solid ideas, but the projects didn't really have good token economics.

I think the following year was the best thing to happen to the crypto market because it humbled us. Projects dropped 90% from their all-time high. It made us look into these projects and really evaluate them. No longer are we investing in photochain or some vaporware project that takes a simple idea and puts the blockchain behind it. Today our focus is a little more refined, we're understanding what token economics are and we only want tokens that have an actual use case! With that being said, I thought I'd give you guys a little insight into my 3 top tokens with an actual use case.

I used to be a big hater of IOTA, not for any particular reason, just because it was a DAG and I'm heavily invested into Nano. But like any smart investor I decided to take some time and study the competition and what I found is that... IOTA and Nano are two totally different projects and much like Nano, IOTA is equally special.

What they are trying to do is pretty crazy and it looks like they are having some real success with it, as they just released a proof-of-concept partnership with Jaguar Land Rover. Essentially you'll be able to earn as you drive. Jaguar wants your data, they want to know how many poles you stop at, how heavy traffic is, how many potholes your car hit and more importantly how your car responds to it. All of this information is unknown and can be utilized to better our driving experience... They also want to use this information to sell more cars.

The beautiful thing about this partnership is that it doesn't just benefit Jaguar, but it also benefits you. They're willing to pay for this information, it won't be enough money to change your life, but it may be enough to fill your tank up or to pay for parking meters and you'll be able to do this using IOTA. 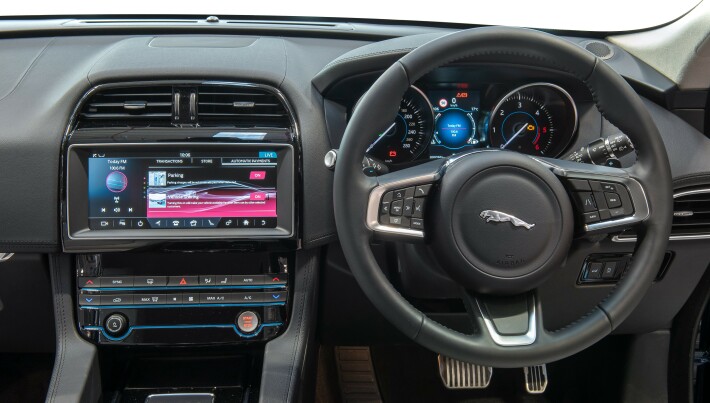 Cars are just one thing IOTA plans to tap in, they call this the economy of things. But their main interest is the Internet of Things. They're looking to expand into so many industries. Yes, cars are the pilot, but they'll be able to do the same thing with everything that is connected to the internet. There is so much data out there that isn't being utilized, people won't report it as they have no incentive to, IOTA is that incentive and now companies will finally be able to reward users with micropayments, this wouldn't be an option if it wasn't for IOTA.

Now you're probably wondering, what does one do with their token. Do they take it and cash out for fiat? Maybe, but ideally, they would use the token to pay for subscription-based services. Maybe they own an electric car and need to charge it, no need to use fiat or Bitcoin or Nano to do this, instead they'll use the IOTA that they earned to pay for the boost. Maybe they use the token to pay for services like Spotify and Netflix? Another popular idea is that they use the token to pay for things by the hour, for example, let's say you want to watch your favorite show on Showtime, typically that would cost you $10 a month, but maybe IOTA allows you to pay a fraction of that. Today's standard is $10 a month for 720 hours of Showtime, but your show is only 1 hour and it comes on 4 times per week. You're paying for 720 hours, when you only need 4, so because IOTA is able to make micropayments, maybe you just pay $.05... May not sound like a lot for Showtime, but imagine if 9.3 Million people watched this show as well. IOTA makes these type of things possible because you're able to send any amount with no fee.

So as you can see, the token use case is pretty strong and we also see that there is an incentive to keep it. This should help keep the coin stable once a market cap is figured out. 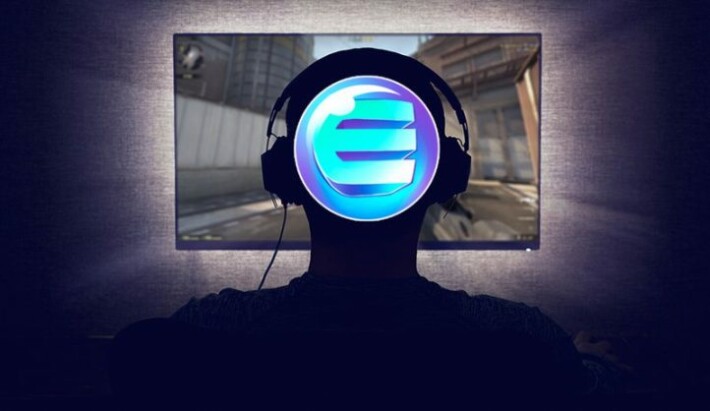 Enjin is one of my favorite coins out right now, my love for it might be a little bias though since I love gaming and the gaming culture. I'm very much apart of this digital world we now live in. The idea of a physical game bothers me, in fact, I think all game manufacturers should get rid of their disc drive... but again biased.

Enjin is noticing a similar revolution. We buy games online, we invest tons of money into their in-game upgrades and then the next year we quit playing them and essentially all of the money we spent is now... gone. That's what happens to me every year in 2K, on average I spent $100-$150 on in-game additions. I want to make sure my created player has new shoes, has cool accessories and much like real life, this stuff can get expensive.

What Enjin is trying to do is allow gamers to keep those items. We don't really own them... we just have the ability to use them. Now I go back and forth with myself if developers will allow for this because after all, they don't care if we own these things or not, that's more money in their pocket. But if Enjin can figure out how to make this the standard then that will really change... everything.

If I can take my pair of sneakers that I picked up in 2k20 and use them in Gears of War then that would be insane. Or what if I picked up some shoes and no longer wanted them, it would be awesome if I could sell them back somehow... or sell them to someone else. If Enjin can figure everything out then it has the ability to be the digital version of Gamestop.

It's a very ambitious project, but they seem to be breaking through and gaining notoriety. It might be a while before we see the protocol being used in major games, but I wouldn't doubt seeing some indy projects implementing them sometime soon. 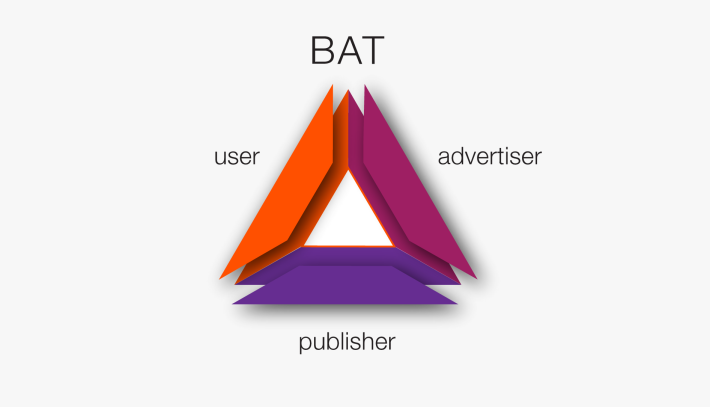 Basic Attention Token was the project that got me interested in crypto. I didn't really understand use cases then, but theirs definitely got my attention... no pun intended. They put together a concept that would allow everyone to win. Publishers (creators) would gain rewards from the users of the browser, users would gain rewards from ads and those who were putting out the ads would earn business from both the viewer and publisher. It's seriously a triangle of love.

The use case of the token is a bit underrated to me because the majority of us are consumers we only think about how we would use the coin. Right now, the only way to use it as a user is to reward a publisher, a lot of people don't think that's unique enough. But what they're forgetting about are the other 2 sides of the triangle. BAT is going to encourage publishers to advertise more than ever, we're going to essentially see a new flux of advertisers join an already flourishing industry. This is going to fire up the competition, in order to have your ad seen you'll likely have to bid up the price, similar to Google's AdWords. 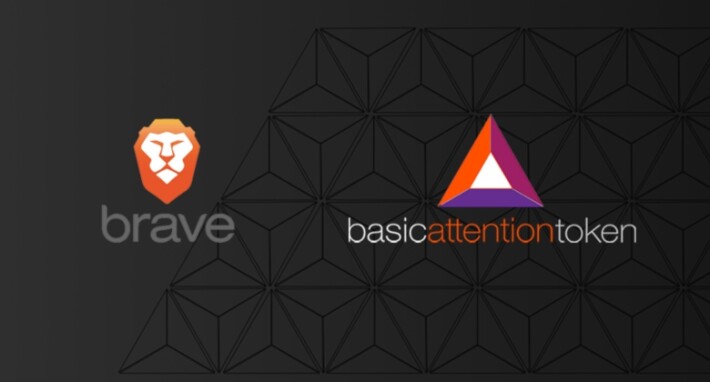 On average, companies spend $9,000 a month on Google Ads, I'm not saying Brave will reach this type of volume anytime soon, but let's just say they do. These advertisers will have to use the BAT token to pay for their, at the moment it would cost them 45,000 BAT just to get the job done. Multiply that by 12 and we're looking at 540K BAT per year... Just for one company. At this rate, only 2.8K companies would be allowed to advertise before the entire supply of tokens is gone.

Another interesting use case for BAT is the discount that they provide for companies. For example, with Google, you have to pay month by month, but if you're an early adopter to BAT then you can buy up a year supply in one transaction. Let's say an advertiser noticed how undervalued BAT was, maybe he buys his 540K tokens at a discounted rate and pays for his entire year of advertising upfront. In my opinion, this will help prevent any real dips in the market. If BAT ever dipped advertisers would quickly see the benefit of buying it up as they want to advertise their product for the cheapest price possible.

Welp, that's it for my list. For those who don't want to read this entire post, here is a summarized version. When investing in a token I think use case and price stability are two of the most important things to the checkoff. In my opinion, they're more important than the team, or advisors as those can all be obtained or upgraded later. I hope this made some sense to you all. For those of you who feel like other tokens have better use cases, then list them down below, I'm always looking for new projects to check out.