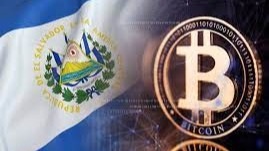 In the last seven days we got a flashy Bitcoin Conference, Amazon hiring people who know ETH, first country to adopt BTC as legal tender, China telling crypto-miners to stop and much more. Just the right amount of craziness, another week in crypto for the rest of us: