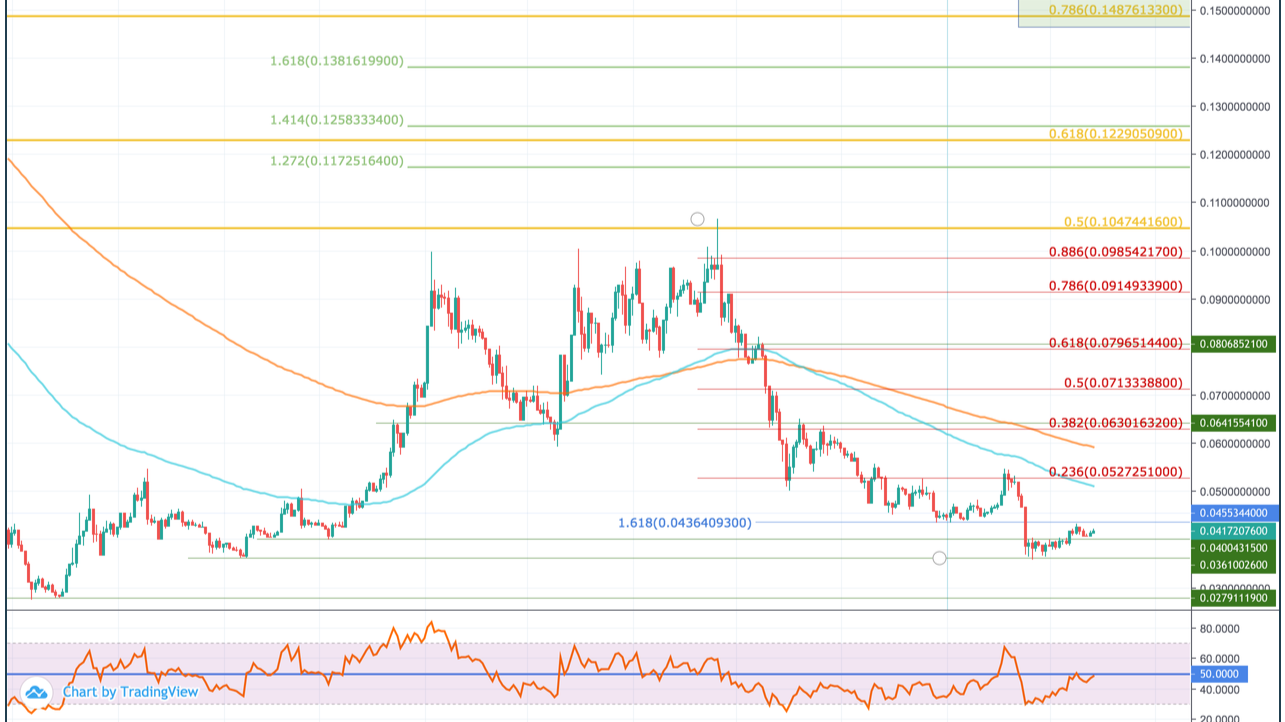 2019 has been a stagnant year for Cardano as it currently trades around the 2019 lows (as of October 15, 2019) and has not moved from the yearly opening price. Cardano did manage to surge by a total of 195% during the first half of the year, as the cryptocurrency managed to climb as high as $0.1 at one point. However, the market ran into long term resistance here which caused it to roll over and fall by a total of 61% to the current trading price of $0.041.

Although things have not been too fantastic for Cardano in 2019, I do believe things will turn around for the project in 2020. In fact, I believe Cardano has the potential to surge by a total of 255% from today’s price and reach the $0.15 level at some point during 2020. I believe the growth of Cardano will largely be attributed to the release of the Shelley phase which will introduce staking and delegation to the Cardano ecosystem - allowing users to stake, secure the network and earn money. Further development of Goguen will also aid in helping Cardano reach my 2020 target.

In this article, I’ll firstly cover a range of topics that I believe will influence ADA in reaching my $0.15 target during 2020 and then analyze ADA on the long term daily charts to highlight some areas of resistance on the way toward the target.

Cardano - Built On A Robust Codebase

Cardano is a public blockchain that is driven by a scientific philosophy, a set of principles that helps to bring the development together. Created by Charles Hoskinson, the co-founder of Ethereum, the entire blockchain is based on peer-reviewed research and updates are only integrated when everybody is happy. Although this does slow development down, it creates a very strong and robust codebase that has been thoroughly reviewed.

The Cardano network enables users to work with decentralized applications based on smart contracts. Like Ethereum, developers are able to come and code their own decentralized application on the network which can be used by anybody on the blockchain. The difference between Cardano and Ethereum is the fact that Cardano is often described as a “third-generation” cryptocurrency that aims to solve the compatibility and scalability problem that Ethereum faces today.

Scalability is imperative to a blockchain because, without it, there is no future. This can already be seen within Ethereum as the network capacity has previously been reached when the dApp known as CryptoKitties blew up and started to create a backlog of transactions on the Ethereum blockchain - as well as causing high fees. 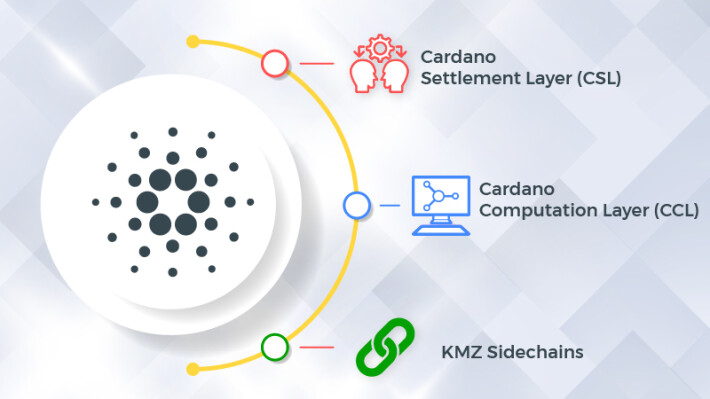 Cardano is designed to circumvent this due to the technical factors based around the code. It is scalable because the blockchain is split into an accounting layer and a smart contract layer. Furthermore, the codebase is written in the Haskell programming language which is commonly viewed as the most secure language to code with as it minimizes the likelihood of cyber attacks and coding errors.

Cardano is also the first cryptocurrency to move away from the resource-intensive PoW algorithm that projects such as Bitcoin and Ethereum employ. Instead, Cardano has decided to use a PoS consensus mechanism in which they have dubbed as “Oroborus”. For a more detailed outline of what ADA is trying to achieve, find out more here

Their Roadmap Is Extensively Planned

Perhaps one of the most promising things about the entire project is the fact that we have a solid roadmap that extends all the way into 2021. Take a look at the roadmap below.

The first phase, known as Byron, has already come to pass. This phase had brought the entire Cardano framework to the table after It introduced the Cardano UTXO blockchain to the public. This phase was completed in 2018 and the team had brought a super secure, multi-currency cryptocurrency wallet, Daedalus, and another lightweight we-wallet known as Yoroi.

This phase was named after Lord George Byron, who was the father of Ada Lovelace. The actual cryptocurrency for Cardano, ADA, actually got its name from ADA Lovelace as she is a famous mathematician who was the first person to write an algorithm that was used on a computer. 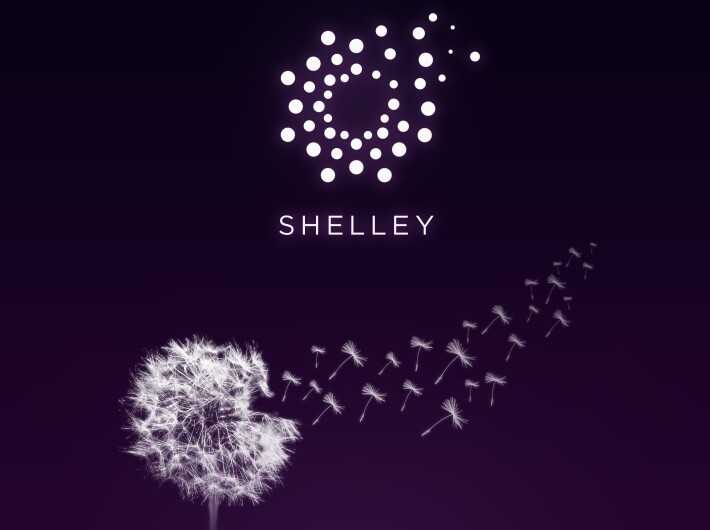 Shelley is the second phase of the Cardano roadmap. It began in 2017 and continues to this day (October). It has a scheduled release date for Winter 2019 or early 2020. Shelley will bring the core changes required to make Cardano completely decentralized as well as allowing the framework for better scalability.

Currently, all the nodes that maintain the Cardano blockchain are run by team members of the Cardano Foundation, Emurgo or IOHK - the three entities that are working together to create the Cardano infrastructure. As they are all run under one umbrella, this is highly centralized - something which is detested within the cryptocurrency community. However, this centralization was only planned for the inital stages of the Cardano development and the team has always had the vision to become COMPLETELY decentralized in the future.

Cardano has created an incentivized structure that will entice users into running nodes to secure the Cardano blockchain. Over time, as more nodes enter the system the decentralization of Cardano will increase to a point where all the nodes are run by the community.

Shelley will bring the infrastructure needed to enable staking and delegation of staking rights to “staking pools”. Staking pools will allow users to come together and maintain the network for Cardano as well as earn money for doing so. Once the decentralization is complete, Cardano estimates that it will be 50-100 times more decentralized than any other large blockchain.

The team had recently conducted a private network test for Shelley to see it operating in real-time and have officially made the Shelley testnet available for the community to play with. 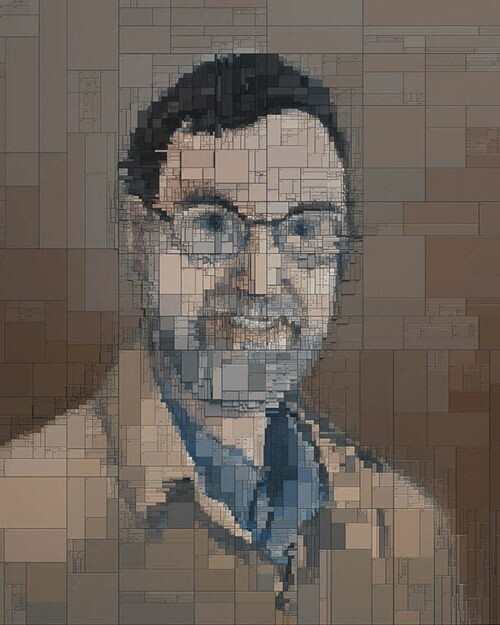 Goguen has been in development since 2017 and is expected to be released at some point during mid-2020. This phase of development is slated to bring full support for smart contracts to function on the Cardano blockchain, as well as creating an entirely new Virtual Machine to run the smart contracts. This is essential to creating decentralized applications on the blockchain.

The team will also complete their entirely new, purpose-built smart contract language known as Plutus. This language is expected to improve on the factors that Soliditylacked on, leading to a more powerful and robust smart contract language. This is important because having a great scripting language is essential for adoption as the developers will need to have complete trust with the code they are using. Furthermore, the team has created another method of creating smart contracts for those without coding experience through Marlowe. This is a high-level domain-specific language (DSL) for financial contracts that are built on Plutus. With the application Meadow, the two products will make it easier for creating and executing smart contracts for financial institutions and small businesses alike.

The introduction Goguen will also allow companies and users to come and create their own tokens which will be launched directly on the Cardano blockchain. 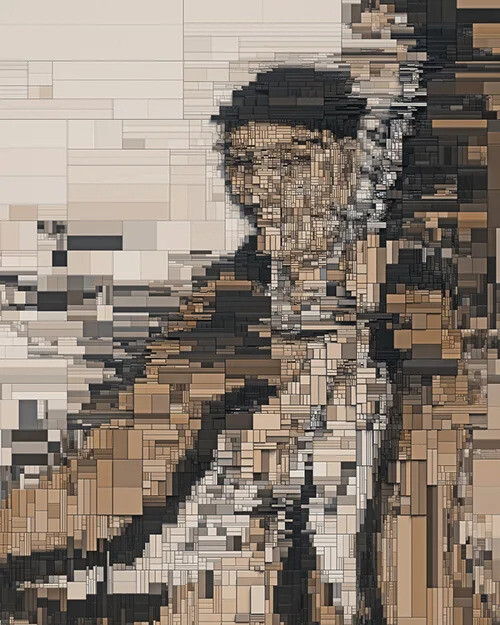 The fourth phase, Basho, is designed to bring scalability to the Cardano network. It is expected to be implemented at some point toward the end of 2020 or the start of 2021. The introduction of Basho will bring sharding into the network - a process in which all the transactions are split into individual “shards” to process which is then fed to the mainchain. This splits the network load amongst shards, allowing them to simultaneously process a larger number of transactions. Basho will also introduce sidechains.

Voltaire - The Expansion Of Governance 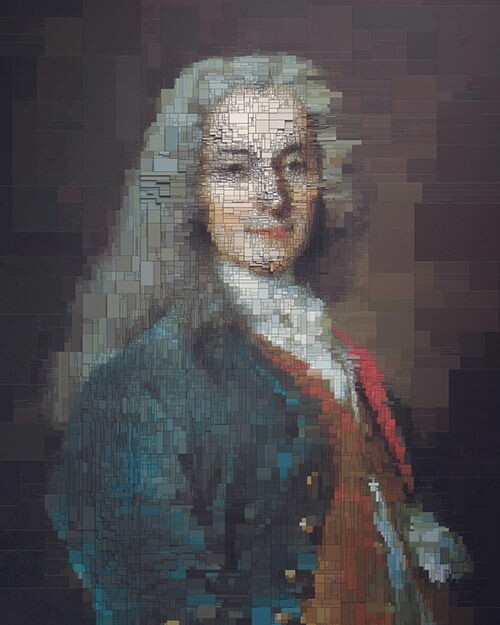 The final phase has already started development in 2018 and will continue until 2021. It is the final stage highlighted on their roadmap and will involve bringing complete governance to the Cardano community. This phase is designed to take ADA out of the hands of IOHK and Emurgo and into the hands of the entire community.

Voltaire will allow full support for the community to release updates on the Cardano blockchain. It will allow users to suggest, vote on and fund improvement proposals designed for the Cardano blockchain - setting up a digital democracy. Users will be able to vote through the “staking” mechanism that the Shelley phase will introduce. The funding for the decentralized updates is expected to be sourced from a fund specifically designed for this process. A small percentage of all the transaction fees that occur on Cardano will be fed into this fund to be used in the improvement proposals.

For an extremely detailed overview of the Cardano roadmap, take a look at the following INCREDIBLE video by Hashoshi - who explains it very well.

As you can see, the development is well underway and is mapped out until at least the end of 2021. However, specifically looking at 2020 - we can expect both the Shelley release and the development of the Goguen phase will greatly increase the “hype” and demand for Cardano.

Taking a look at the Development Activity statistic provided by Santiment, we can easily see that development for Cardano is an on-going continuous process. Besides the small dips seen during Jan 2019 and April 2019, the development of Cardano has been extremely strong and highly consistent - showing that the team is working silently behind the scenes. 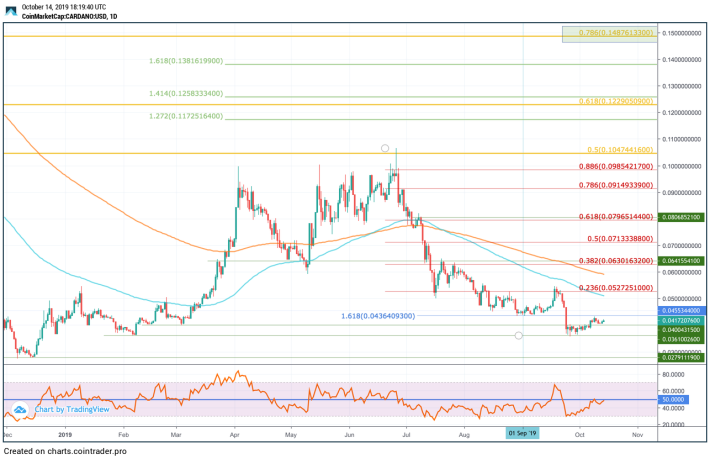 Taking a look at the daily chart for ADA/USD above, we can clearly see the expansion that the cryptocurrency had seen during the first half of the year. However, toward the tail-end of June, Cardano had met resistance at the $0.1047 level - resistance provided by a super long term bearish .5 Fibonacci Retracement level (drawn in yellow). This long term bearish Fibonacci Retracement is measured from the July 2018 high to the December 2018 price low.

After reaching this level of resistance, Cardano dropped and started to fall quite aggressively (a movement that was apparent throughout the entire cryptocurrency industry). Cardano continued to fall until reaching support at the 2019 low at around $0.036 during September 2019. We can see that Cardano has rebounded from this level of support as it attempts to slowly grind higher.

The main driving forces behind the price hike will largely be attributed to the fact that Cardano will continue to release updates to improve their network and move toward complete decentraliztion. The release of Shelley and further development of Goguen will greatly help in reaching the 2020 target.