Can You Predict Price Increase By Looking At Project's Developer Activity? 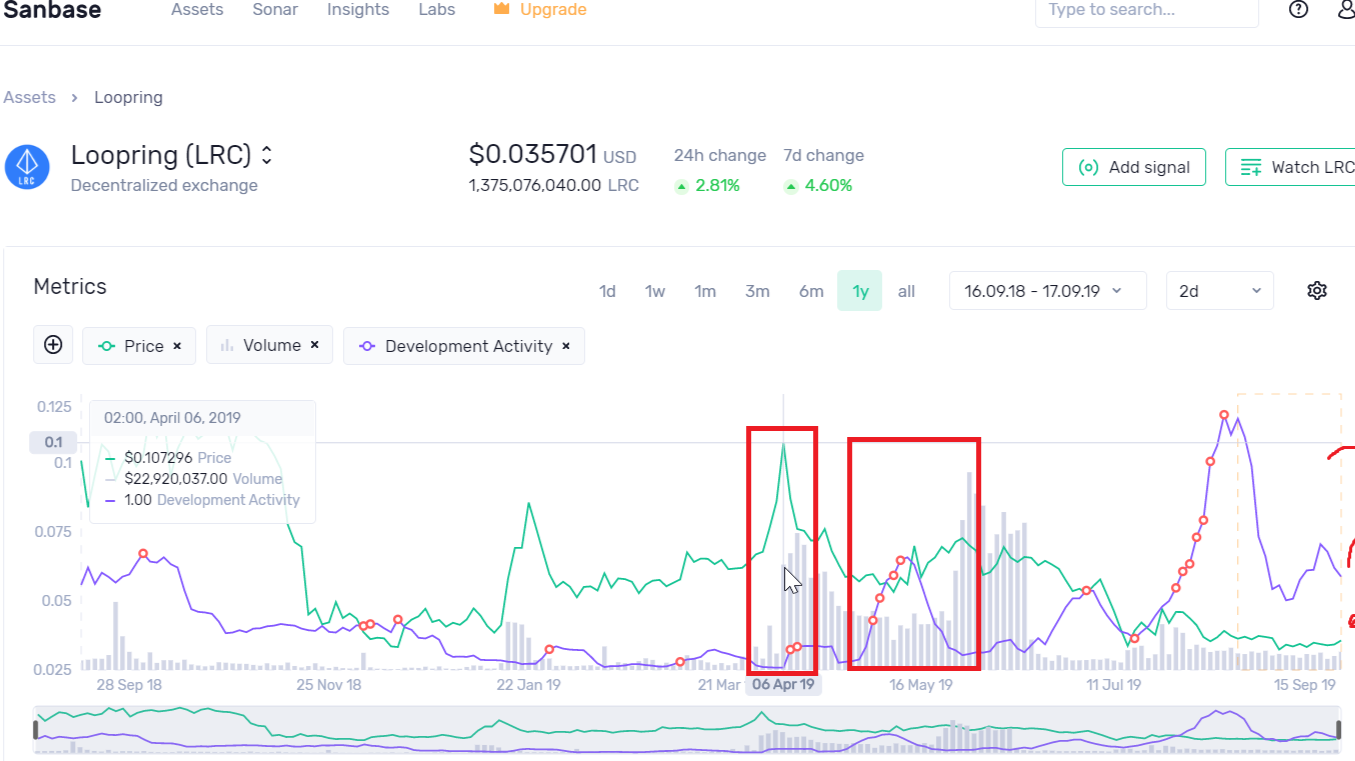 Can You Predict Price Increase By Looking At Project's Developer Activity?

I have always wondered how much development activity can influence the price of a cryptocurrency. Surely if there is strong development activity within a project this should translate into that project having an increased level of confidence - simply because the developers seem to be actively working on code.

However, in reality, the correlation between developer activity and the impact on price can only be assessed on a case-by-case basis. It all entirely depends on what the developers are working on at that moment in time. Are they just working away to make UI improvements to the wallet? Or are they working their fingers to the bone to incorporate the latest privacy features into their network? Both of these pathways will cause an increase in the development metrics but one should have a bigger impact than the other. Although UI improvements are important, in this case, the team that is actively trying to make their network stronger will experience the biggest impact on price.

Having a quick glance at the development activity vs price action on Loopring reveals how developer activity can help price action. 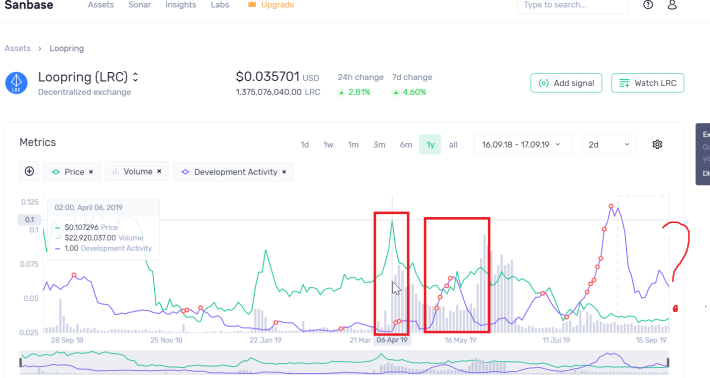 This gives us a strong indication of what *POTENTIALLY* might be occurring. There is a well-known phrase in the cryptosphere that goes, “buy the rumor, sell the news” - which everybody understands. Although unrelated, this phrase may help to explain what is going on in the relationship between developer activity and price action.

We see the biggest impact on price after the initial increase in development - perhaps this is due to the fact that the team announced an exciting new piece of technology that they would like to implement into their network. Upon hearing this news, investors start to buy the market up - causing the impact on price. However, as the developers actually start to code, which causes the development activity metric to rise, price action is not affected too much. This is because the investors are already in and are now waiting for the new piece of tech to be developed and integrated into the project.

In July 2019, we can see that the development activity in Loopring has increased SIGNFICANTLY which shows that the developers are busy working away. However, price action has not moved at all. As price action is very low at this moment in time, this increase in development activity could be a STRONG leading indicator to suggest that the price will be increasing in the near future. 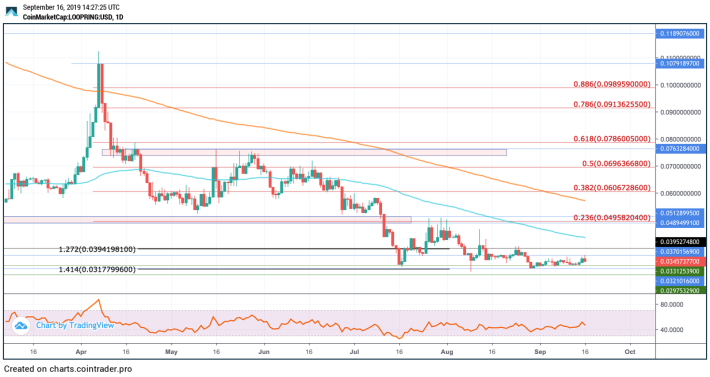 Looking at the chart above for Loopring, we can see that the market has continued to trade along with the strong level of support at the $0.031 level. If this latest wave in development activity does lead to an increase in price action, we can expect immediate resistance to be located at $0.037, $0.038, $0.0394, and $0.040. The resistance at $0.04 is further bolstered by the 100-days EMA. 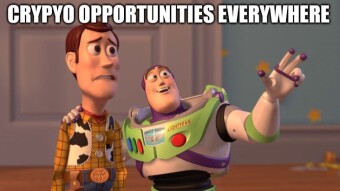 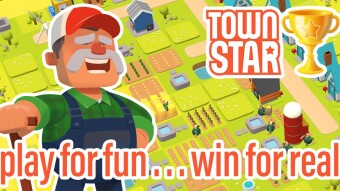