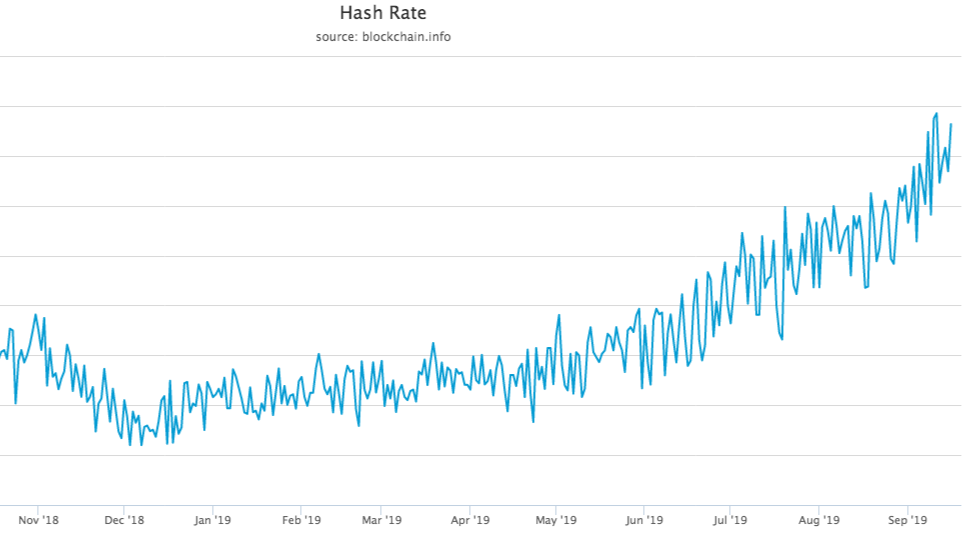 Over the past week, the Hash Rate for the Bitcoin blockchain has reached fresh all-time highs at 98 million TH/s. The Hash Rate shows the number of resources that are dedicated to securing the Bitcoin network. Miners will add their computing power to secure the network and ‘mine’ new blocks on the blockchain - allowing the entire network to function in a trustless and decentralized manner.

The Hash Rate continues to rise for BTC as more miners continue to enter the space;

We can see that since the start of the year, the Hash Rate for Bitcoin has continued to increase exponentially and has not slowed down at all. Furthermore, the difficulty of the network has also reached fresh all-time highs;

These two off-price metrics may be a signal for a huge price increase on the horizon - especially after a period of consolidation that we have recently seen. This is because the confidence in the Bitcoin network continues to increase. If miners are confident that their mining operation will be profitable, they will continue to allocate resources to secure the blockchain causing the Hash Rate and Difficulty to increase. On the flip side, if miners lose confidence in Bitcoin, they will start to withdraw their resources from the Bitcoin network in the search for a more profitable blockchain. 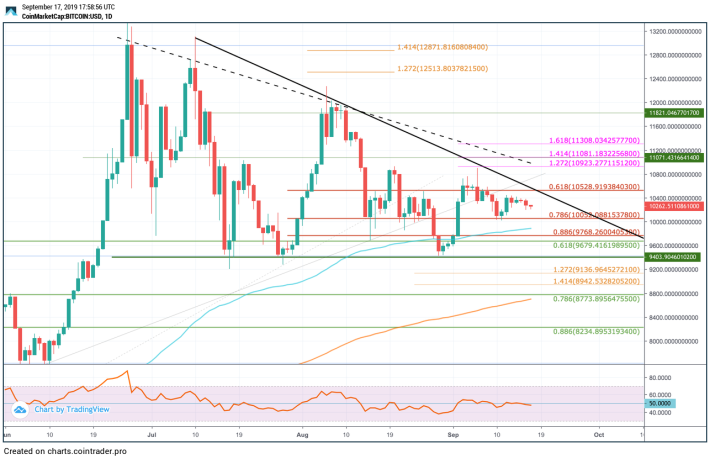 Bitcoin continues to trade sideways within the confines of the triangle. It has attempted to break above over the past few days but has failed to make any movement above.

Bitcoin is currently on a knife-edge and could literally head in either direction. The RSI is trading at the 50 level which characterizes the indecision within the market. The fact that this is a descending triangle makes me fear that a break beneath could result in a market correction toward the $6100 region. However, after discovering that the Hash Rate continues to make ATHs I have started to become a little more optimistic.

The fact that the Hash Rate is reaching ATHs again shows that the confidence within the Bitcoin network is still very strong. This could be considered as a leading indicator for price in this scenario considering the fact that Bitcoin has been stagnant since mid-June. However, if Bitcoin does break beneath $9,400 (triangle base) we will see a correction toward the $6,100 level.