BAT Surges As Brave Steps Out Of Beta And Launches Officially With Brave 1.0
Ask Statera Project team anything - the AMA ends on Wednesday. $200 in DAI prizes are available just for participating in the AMA or tweeting about it! Join the AMA and ask your questions here. 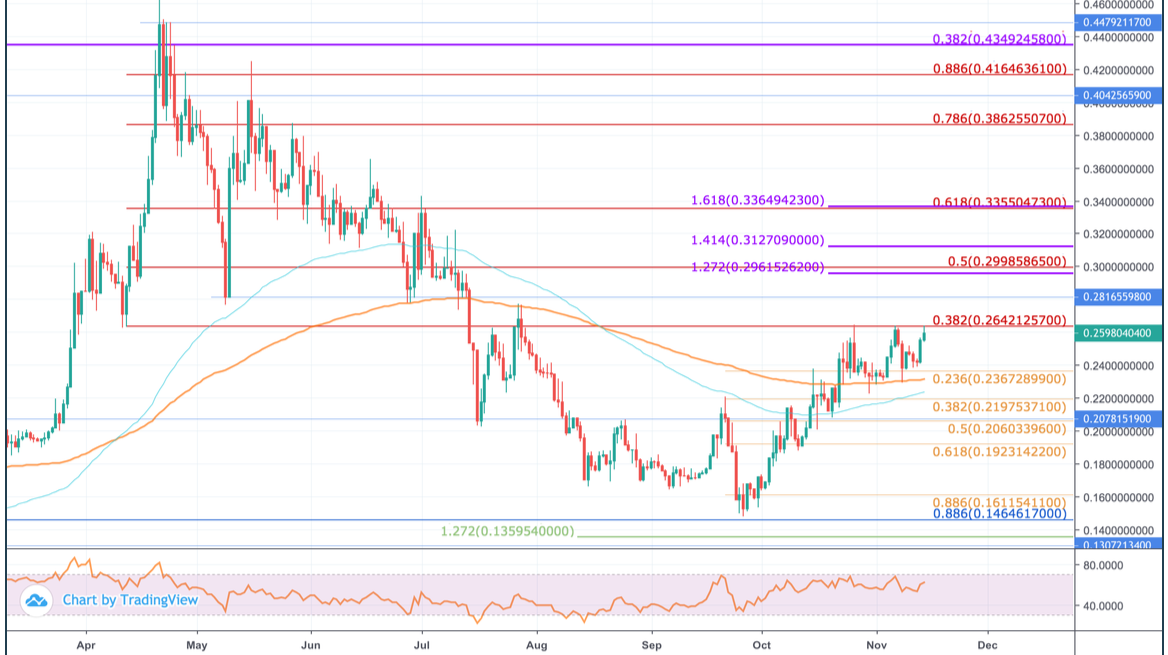 BAT Surges As Brave Steps Out Of Beta And Launches Officially With Brave 1.0

The OFFICIAL Brave Browser 1.0 is FINALLY here! After years of development, the Brave team has finally released its flagship browser to the wider public as they step out of their BETA phase.

Brave is a web-browser that is slated to be 3-6x faster than its competitors such as Google Chrome and Mozilla Firefox. In fact, it was actually created by one of the Firefox founders, Brendan Eich. The entire ethos of the Brave browser is to give users a more private method of browsing in which the user is never monetized and is always given a slice of the advertising revenues! The browser achieves privacy by automatically blocking all third-party advertisements, trackers, and cookies!

Previously, the Brave browser had been in Beta mode, however, it had already managed to garner over 9 million active daily users!

The official Brave browser will now permit access to Brave Rewards for all users, allowing them to support their favorite content creators via monthly recurring payments in BAT. There are already over 300,000 verified Brave publishers and this number continues to grow rapidly.

Furthermore, the release of Brave 1.0 will now allow users to be compensated for their attention as they view adverts. Their blockchain-based advertising model is set to give 70% of revenue share to users as they watch the advertisements and payments are automatically sent to their Brave Rewards in-browser wallet. The Brave team has estimated that users will be able to make around $200 per year by taking part in the Brave Rewards program and view advertisements in 2020!

The release of Brave Rewards has prompted a surge in BAT, the cryptocurrency that is based around the Brave browser, as the token rises by a total of 4% over the past 24 hours. 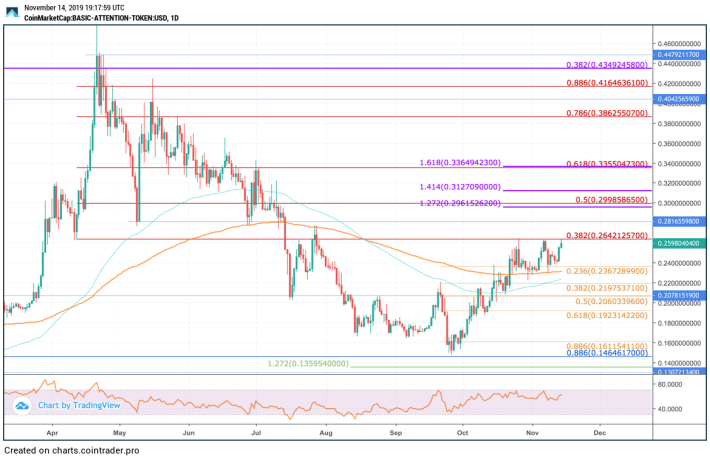 BAT has been on a strong bullish run since rebounding at the September support at around $0.15. The cryptocurrency has surged by a total of 75% since this rebound, breaking above both the 100-days EMA and 200-days EMA within the same month! BAT has now returned back into resistance that had prevented the market from climbing higher during October at $0.2642.

This resistance is provided by a long term bearish .328 Fibonacci Retracement level (drawn in red) measured from the April high to the September low.

What If The Sellers Take Control Over The Market?

Alternatively, if the resistance at $0.2642 proves to be too strong and the market reverses, we can expect immediate support toward the downside to be located at $0.2367 which is provided by a short term .236 Fibonacci Retracement level. 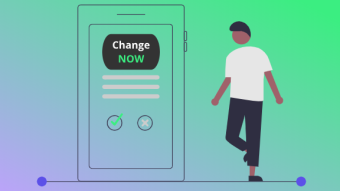