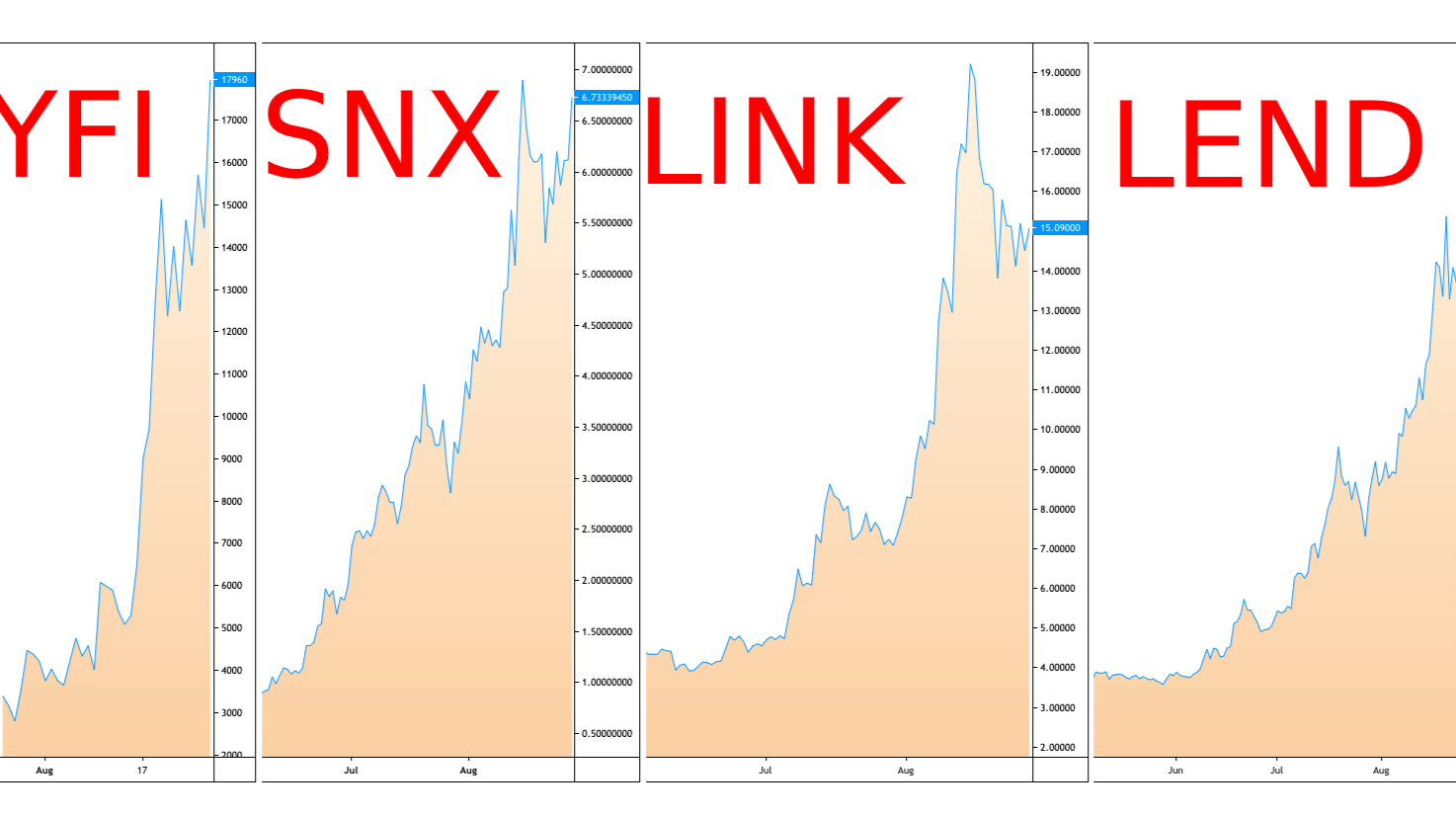 4 DeFi Sleepers with Plenty of Room to Grow

Every morning over the past few weeks, I have gone straight to CoinMarketCap to see another DeFi token ranked amongst the top 24 hour gainers. DeFi tokens outshining the entire market has been a typical theme, which I am sure most of you have spotted over the past month. After all, we can all agree that it is undoubtedly DeFi Season right now.

While you notice this, do you ever get that sinking feeling where you have missed the train? You knew that it was about to leave but still failed to jump on board? I feel ya. In most cases, I am part of that same group!

The popular DeFi tokens that we all know about have already pumped, making it a scary situation for us late-comers to join the market at the very top. I mean, who has the guts to buy when a token has already seen a 100% in the last month?

The risk to reward ratio for buying at the top market is significantly increased; it becomes a risky proposition to enter. You could always wait for a pullback, but most people do not have the discipline to wait due to the fear of missing out (FOMO).

Well, if you are still one of the people waiting on the platform for the next train, I have some good news for you.

There are still a couple of DeFi tokens that have not hit the moon or pumped like the following tokens: 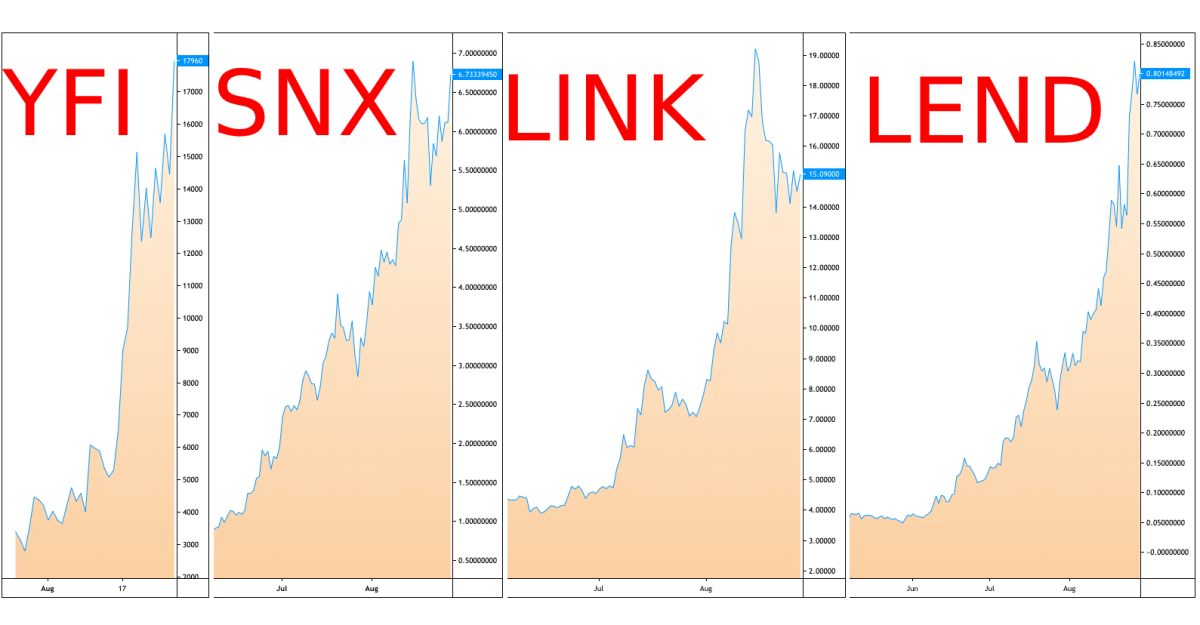 I must stress that the tokens on my list below list have NOT pumped YET. But the departure from the platform is inevitable. 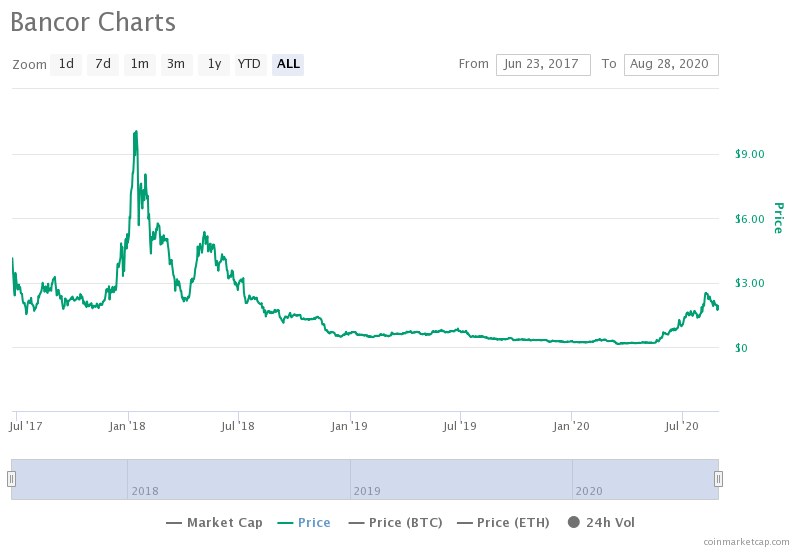 Bancor is a cross-chain liquidity protocol that is designed to provide continuous liquidity across different blockchains. It allows users to come and convert between ERC-20 and EOS-based tokens easily. The Bancor Network uses smart contracts to create smart tokens, which enable cross-chain swaps.

The Bancor Network also provides an outlet for cryptocurrency projects that struggle to get listed on any major exchanges. These projects can come and set up a Token Relay on the Bancor Network to enable the conversion between their own tokens and other tokens on Bancor. 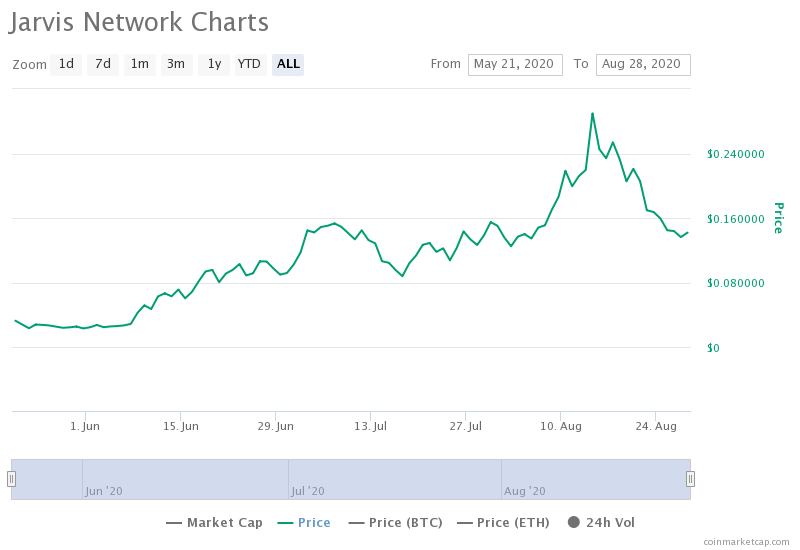 The Jarvis Network is a DeFi platform that aims to “Uberize” brokerage with the hope of letting anyone become a cryptocurrency broker by funding and maintaining liquidity pools. It was created by Pascal Tallarida and is a set of Smart Contracts on top of the Ethereum network. Liquidity Providers on the Jarvis Network are rewarded commissions by the protocol as they take the risk by providing liquidity.

On top of this, Jarvis also provides a trading platform, Jarvis Market, that allows traders to trade against the protocol’s liquidity pools. The traders also can open leveraged trading positions against different liquidity pools, which is funded by the liquidity provided on the protocol - collateralized by DAI. Through this mechanism, the Liquidity Providers that own the Liquidity Pools have effectively become traditional finance brokers with the option to run either a “dealing desk” node or a “non-dealing desk” node.

The trading platform is not limited to just cryptocurrency. Traders will be able to trade Forex, Indices, and Stocks also.

Additionally, the Jarvis Network also has a Synthetic Protocol known as Syntherum. It is leveraged from UMA and allows users to create tokens that rack the price of any traditional or digital asset.

The JRT token itself is used as a governance token and can be also be staked. 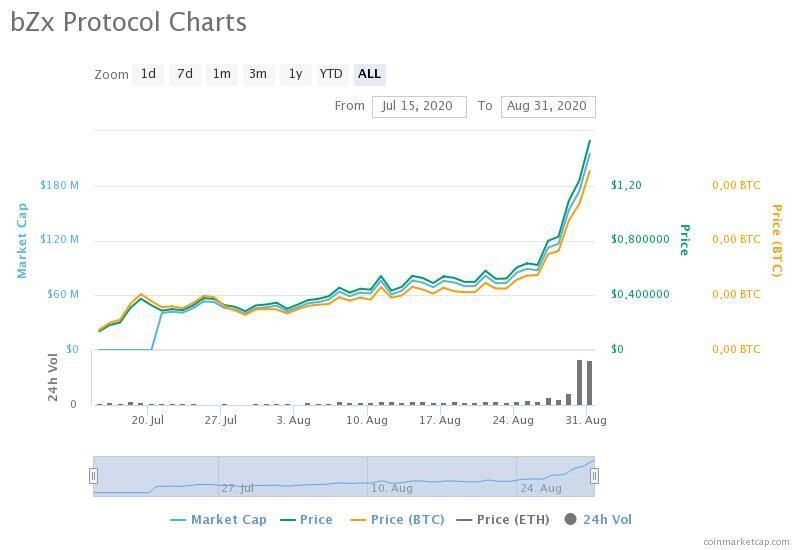 (Yes, I know, this chart looks like the token has already pumped but IMO it's just the beginning of a proper liftoff.)

$BZRX is the governance token for the bZX platform, a protocol designed to provide open finance on the Ethereum network. It can be described as a lending platform geared towards traders as it allowed traders to take out margin trades through the protocol. At the same time, other users can quickly deposit funds into the protocol and start to earn interest from the liquidity that they provide.

The margin trading occurs through their Fulcrum platform, and borrowing is conducted on their Torque platform.

BZRX can be used to pay for fees on the platform and is also be used to handle any governance proposals. 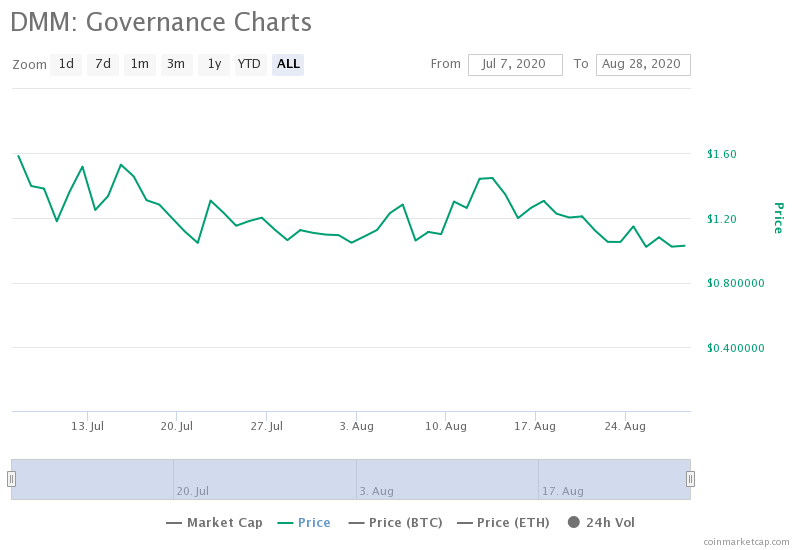 This one is my favorite actually.

DeFi Money Market is an exciting project that just entered into the DeFi realm. Typically, with Liquidity Providers switching between lending platforms to find the highest APR, the level of interest gained from week to week is pretty unstable as it varies greatly.

DMM is designed to combat this instability from fluctuating APR rates as they provide a stable interest rate for deposits in DAI, USDC, or ETH. The interest rate is fixed at 6.25%, and liquidity providers are assured that they would receive this over the longer term.

The great thing about DMM is how they mix real-world assets into their platform. With the liquidity deposited, DMM purchases real-world assets such as vehicles, aviation, or real estate to turn a profit to pay the stable interest rate. The assets purchased are all logged on the blockchain and are completely transparent.