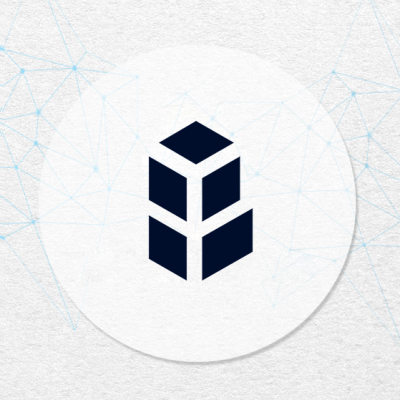 The Bancor (BNT) project is a liquidity focused protocol developed by the Bancor Foundation, and was founded by Eyal Hertzog, Guy Benartzi, Galia Benartzi, Yudi Levi. The name comes from the supranational currency proposed by John Maynard Keynes and E. F. Schumacher during World War II.

Going with the tagline “Freedom of currency is a human right”, Bancor’s mission is to drive adoption for cryptocurrencies by increasing its liquidity, without which cryptocurrencies cannot become a global currency. In addition to increasing liquidity, Bancor allows for the easy launch and expansion of new currencies, something only previously accessible to nation states or teams with extensive resources.

A liquidity protocol allows for any asset, however low the liquidity, to be traded for other assets using smart contracts on the blockchain. This association with other currencies with no geographic barriers means that even the smallest currencies are unobstructed for general use.

The project’s BNT token acts as a “smart token” which is a representation of other assets on the platform. These smart tokens quickly make the conversion between various ERC-20 assets for users, who do not have to rely on something like cryptocurrency exchanges making the conversion for them. This also means that users do not have to wait for buyers and sellers to match before an exchange can be executed - conversions can take place at any time.

During the 2019, the team achieved some major milestones. This includes the unification of the Ethereum and EOS networks into a single interface, called the Unified Wallet. This allowed for conversions between the two blockchains. As for adoption, Bancor hit a major breakthrough when it was announced that Samsung would use Bancor in its Samsung Galaxy S10. Bancor also introduced 12 new tokens in this quarter. Bancor has also been working with communities to assist these communities economically with the advantages of cryptocurrencies and to increase adoption. The Sarafu Network in Kenya has seen 100s of new wallets created.

Bancor Network is an AMM that protects deposits and therefore liquidity providers from Impermanent Loss. What is impermanent loss?When you deposit liquidity into a pool you will always have Impermament Loss, if you don't use Stablecoin. We see exampl...

6 months ago ... only 6 months ago! Not long time ago, in May 2021, I was invited to join the UMA Discord. I was told that the community needs content creators and is oozing good vibes and camaraderie. I joined and ... this is how the story of the Su...

Coins That Came Back From the Dead

Visit DailyCoin for more articles There are over 10,000 tokens currently listed on CoinGecko, each with their own “superpower.” But not all of them are still alive. In the last year, the number of dead coins has increased by 35%, nearing the 2000...

Harvest had been pretty quite over the weekend, but that was not the most surprising thing with it being Labor Day Weekend. Most people in the US had a three day weekend and that even included me someone who never seems to get holidays off! While the...

Harmony (ONE): Slow and Steady Wins the Race

Visit DailyCoin for more articles. Harmony (ONE) is a blockchain project that focuses on processing speed and validation The Harmony MainNet has an average of 2,000 transactions per second (TPS) but can reach a maximum of 24,000 TPS Harmony has...

One of my personal favorite things about Harvest Finances Platform is the buyback mechanism that they have. When a farmer makes a deposit into whatever farm that they chose that farmer will earn back 70% of the profit from what they deposit. The rema...

Staking BNT tokens for LP Protection: Things to do when ETH gas fees are low!

This recent stretch of low Ethereum gas prices has been a huge chance to do all the things that I had been putting off for quite some time. Uniswap V3 migration, ENS registration, Kleros courts, staking and airdrop claims are all the things that...