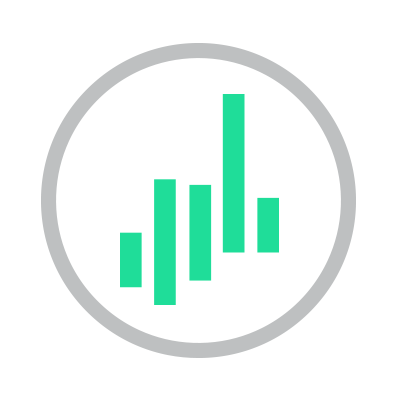 The project was founded in 2016 by Pascal Tallarida, who is the project’s CEO. Executive members of the 12-member team include Petar Kirov as the project’s CTO, Stefani Todorova as PR Manager and Iliyan Iliev as the Product Manager.

The project works on two main products, an exchange called Jarvis Market and Jarvis wallet. However, Jarvis Network has described itself as less of an exchange and more as a gateway to various financial services. A range of applications can be linked to the Jarvis Market, allowing users to directly make purchases on platforms like Amazon with trade profits gained on the exchange. The network supports both fiat and crypto assets, which are fully fungible and interoperable.

Development began a few years following the founding, with the testnet officially released in Q3 2019. The next quarter focused on security audits and more rounds of testing, which culminated in the release of the mainnet, ‘Venezia’, in Q1 2020. The team is currently working on the next phase of the project, ‘Bled’, which is a synthetic protocol that features interest-bearing synthetic euros, pounds, and swiss francs using Chainlink (LINK) and UMA. It is slated for launch in Q3 2020.

The project has secured a handful of partnerships. Most notably, it has partnered with Celsius Network to let users earn interest on their funds. It has also partnered with Uptrennd, Blackmoon Financial Group, and Daneel.

While I do not know a ton about Forex trading it is safe to say the farms powered by the Jarvis Network are booming, to say the least! Earlier this morning the deposits on Harvest Finance's Jarvis Network farms exceeded $5 million in TLV! This is hug...

Since Harvest first launched its Jarvis farms on the Polygon blockchain the inflows have been huge! In just a few short days 3 of the farms have over $1 million USD in value and the 4th has $250,000 USD! Not bad at all when the rest of the farms in t...

We continue to approach projects in the DeFi space, so as to offer the community direct statements from team management on their respective projects. This time, we interview Pascal Tallarida, CEO of synthetic trading protocol Jarvis Network. The inte...

Synthereum v1 (Opatija) operates identically to Synthereum v0 (Bled), with a few details explained in this article. Synthereum open-source code: https://gitlab.com/jarvis-network/smart-contracts/synthereum   What did not change The logic of Opatija...

4 DeFi Sleepers with Plenty of Room to Grow

Every morning over the past few weeks, I have gone straight to CoinMarketCap to see another DeFi token ranked amongst the top 24 hour gainers. DeFi tokens outshining the entire market has been a typical theme, which I am sure most of you have spotted...

Another month is finished! The biggest milestone was to launch both Synthereum and Jarvis Exchange on the testnet with synthetic Fiat, Indexes and Commodities! You can now mint and convert USD, EUR, CHF, GBP, Gold, Silver, Oil, and S&P 500. We also...

What Compound, Balancer & Jarvis Network Have in Common?

Everyone has started talking about DeFi all of a sudden - but why?  What’s going on to cause such a spontaneous buzz? The real boom has started on June 16th, 2020, when the DeFi lending platform, Compound, released its own $COMP token that landed amo...

The potential for DeFi to revolutionize financial services is clear, but much of the infrastructure is only the construction stages with current services only offering a smattering of the true potential of defi platforms. However, there is much to lo...