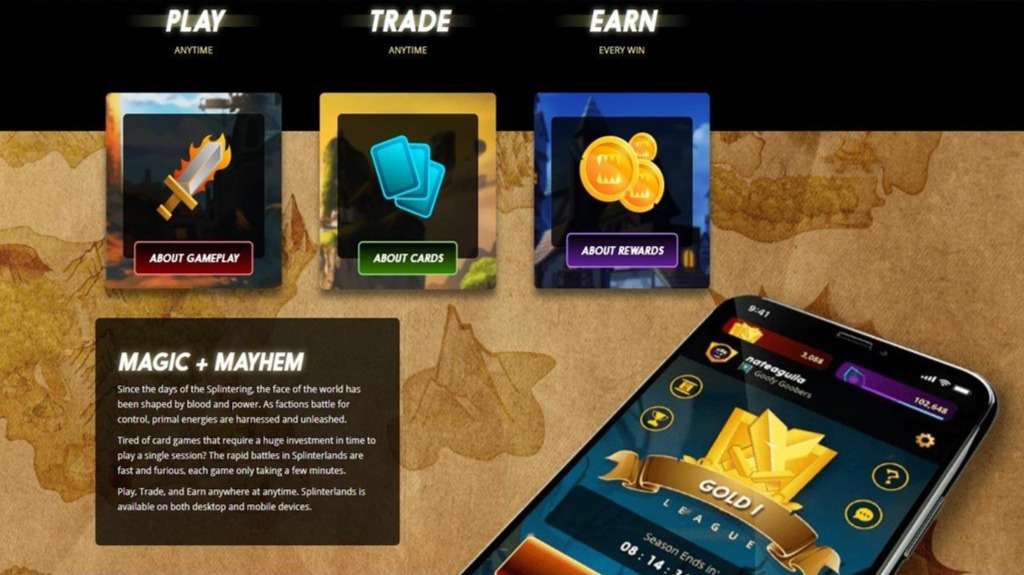 I noticed the Fire Spitter in my opponent’s lineup when we were under the mini-monster rule. That’s the rule where only monsters with four-mana cost or lesser can be used in battle. What was surprising was that there weren’t many ranged attackers with good health in the four and under-four mana cost range. That is until I saw the Fire Spitter.

The Fire Spitter was annoying, to say the least. Most of my snipe monsters’ attacks would be a miss, which I later realized was due to the Spitter being a flying monster. It could deliver a lethal attack of two ranged attacks, and it had a good amount of health which was a curious case. Why curious case? Because not a single ranged attacker of mine in any of the splinters had that kind of stats. Of course, only the Dark Astronomer and Twister Jester of the Death Splinter came anywhere close, but they did not have the flying ability.

Now, you know why I call it annoying. It packed a punch in a small mana cost, and almost always, I lost a battle where the Spitter was participating. In fact, it was so annoying that I had to get one. And that’s what I did. I have no regret of having bought the Spitter. It is one of the most effective monsters in the Splinterlands game.

Let’s take a closer look at the Fire Spitter. But before that, how about knowing a bit more about the game? I am sure newbies would appreciate that.

*Splinterlands is a digital card game that allows you to collect, trade, battle, rent, and even earn on the cards. It is one of the most generous games that I have seen where cards, potions, Dark Energy Crystals (DEC. Cryptocurrency) are given out every day to thousands of players for just playing and winning daily quests. And there are tournaments that you can play or guilds that you can join.*

***Just to give you an idea of how lucky you can get in Splinterlands - read my story of getting cards worth $327 for buying few packs worth $20 only.***

And this is just a small number. I have witnessed people getting uber-expensive cards in their pack and selling it for as high as $6500. This means the game has interested buyers for your cards too. In fact, there is a whole Splinterlands marketplace.

Now, if all that interests you and you want to try out the game, then I am leaving a link below for you to join.

And I am not joking when I call the Fire Spitter an all-weather ally. Since it belongs to the Dragon Splinter, it can combine with any splinter to get into battle. Also, as it costs just four mana, it can enter all possible mana battles – high, medium, and low. See, what I mean?

The stats always favor the Spitter when it comes to ranged attackers. You see, mostly the ranged attackers would be at the back, and that’s where the sneak monsters wreak havoc. If that is the case, then the Spitter is an ideal candidate for the last position. Trust me when I tell you that there more misses on this monster than hits. And those misses make a lot of difference in allowing your monster to finish off the opponent.

So, yes, a perfect monster to have. I am sure you wouldn’t be satisfied with my explanation and would love to see it in battle. Then what are we waiting for?

The Fire Spitter in Battle

The battle that I thought of using the Fire Spitter was a 40-mana battle that would give ample space for the monster. If you remember, I did mention that the Spitter fits in perfectly in all modes of battle. The additional rule in play was the magic-hits-armor rule and the non-healing rule. Neither of them had any effect on the Spitter, so no problem in its selection.

Of course, the same could not be said about the other monsters, so I had to choose wisely, considering the rule in play. As odd it may sound, I thought of going into the battle with the Delwyn Dragonscale as the summoner and Water Splinter as the allied splinter. I know it may not sound like the right choice when the magic-armor rule is in play. But once the armor is gone, the attacks would be deep. So. I am going with magic attacks along with the Water Splinter.

Let’s see how the battle pans out.

Once at the face-off screen, I realized that this battle wouldn’t test the Fire Spitter as much. Why?

Because with the Kraken as the taunt monster, I wouldn’t have any reasons to believe that attacks could be landing on the Spitter. If the Kraken is destroyed, only then will the Spitter face any attack at all. Let’s look at the opponent’s lineup.

The opponent had the Living Lava and Fineas Rage as the first and second melee monsters—ideal choice, especially when it comes along with the Dragon summoner. Because of the opponent’s summoner, all monsters in the lineup would get one extra armor. Interestingly, all the other monsters were ranged attackers. A bit of a gamble, in my opinion. But then each to his own. The one thing I couldn’t miss was the Fire Spitter in the fourth position for the opponent. So, we can still test out the Spitter as it is there on both sides.

As far as my lineup went, I chose the Kraken as the taunt monster and a barrage of high-power magic attackers. The Spitter was the only ranged attacker in my lineup. And the best part was that each of the magic attackers would have their attacks boosted by Delwyn, my dragon summoner. This should make an interesting battle.

The Wizard | Warrior Behind the Armor

Near the end of round two, the Living Lava was already gone, and my Kraken was on the verge of being decimated. The opponent’s Fineas Rage held the fort as you notice my Fire Spitter sending down its attack. Interestingly, both the Fire Spitters were intact in the game.

But before long, the opponent’s Rage and Fire Pixie was gone. That brought the opponent’s Fire Spitter to the front. But with magic attacks in play, there is hardly any dodging possible. So, the Spitter almost immediately took some nasty attacks. The opponent’s lineup was looking like it was on the verge of getting over.

No kidding. The battle was indeed racing to a conclusion.

With just two ranged attackers remaining and only one of them able to attack, the battle just lasted three more strikes from here. The Mantoid was the one who stood for a longer time between the two. Once the Mantoid went, it did not take the last monster too much time to perish.

That was it. The game is over and done!

Do I Use the Fire Spitter Often?

As often as I can.

The Fire Spitter is a trusted companion, and hence I love taking it to battle. In certain cases, I prefer to go with the base splinter alone. Only then do I leave the Spitter out. Otherwise, it is almost always part of the troop.

The Fire Spitter also send out nasty strikes during the opportunity rule. That makes a lot of difference as the most devastating monster in the opponent’s lineup could be dealt up with if the Spitter is hot on its trail. The flying ability is indeed a blessing, and I would recommend that the Spitter should always sit at the last position. That is where it is most useful in dodging sniping-melee and ranged attacks.

Where Else Does the Fire Spitter Fit In?

The Fire Spitter fits in almost everywhere, but it becomes instrumental in some cases. For example, when the health-equalizer rule is in play, it is uber-awesome to have an extremely high health Spitter. The opponent can keep on attacking it till kingdom come, and it will still stand after a couple of rounds. That’s how good it gets.

The other place where I found it useful was a no-magic-monsters rule with a low mana battle. If it is a no-magic rule, then you obviously will be going with ranged attackers. However, when the mana-cap is also lower, then you have no better option than the Fire Spitter. It just does the job incredibly well.

But that’s not all. The Fire Spitter’s awesomeness improves further as it levels up. Let’s look at that too.

How Does the Fire Spitter Level Up?

Actually, the health stats of the Fire Spitter is something I can live with even if it does not increase during level-ups. I mean, four health for four mana is a fair deal.

But the level up increases the Fire Spitter’s health even further. That makes it one of the best monsters to have for a four-mana cost. So, its health increases to seven at the completely leveled up form. The Spitter’s speed remains the same, and it does not get armor. But then a speed of four is decent enough.

The Spitter’s attack value improves further to three. That’s a gain and a completely awesome one. The best, though, is that it gets an additional ability at level six, and that is the dodge ability. Mann, it was already difficult to get this fast-flying monster, and when it gets dodge, I guess it would be almost untouchable. God save the opponents!

The Spitter becomes a complete package at level six, and just imagine this – if it is a mini-monster battle, you can still take the Spitter with all these improved stats. Unless put up against magic, the Spitter would almost always be difficult to get. That’s an awesome monster in battle!! 😊

And it continues to pack a punch. We can only find reasons as to why not to take the Spitter into battle. Otherwise, everything points in the direction of having it in the team. If you have not tried it out before, go try out the Fire Spitter. I am certain that you would love it.