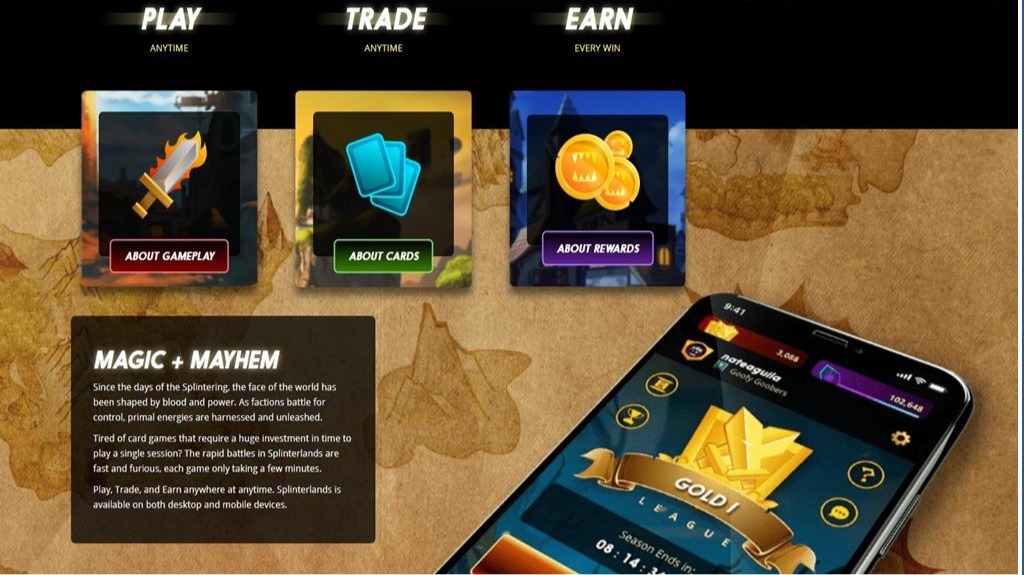 I have seen many of the legendary summoners like Zaku, Llama, and more come and go. I haven’t been able to lay hands on them for some funny reason. However, that streak was supposed to end with the Byzantine Kitty.

Within a month of the Kitty’s release, I found not one but two in two different accounts. This is surreal. I mean, the first one came by when I bought two packs from my main account. And guess what, I got a Gold Byzantine Kitty worth around $300. The story gets even sweeter. I got an Ancient Lich in one of my quests, and I put it for sale at $ 4. The very next day, it got sold and happened to be my first sale on Splinterland. I used that money to buy two packs from which emerged the Byzantine Kitty; and a gold one at that.

And the story does not end there. I then had about 12 Steem from my power down at Steemit, and I used that to buy five more packs in my alt account. And guess what? Another Byzantine Kitty emerged. However, this was a regular one, but that made it two in just a couple of days. I even got an Oaken Behemoth which is a solid legendary Earth monster.

Those were two crazy days where I got two Kittys valued at $327 and a Behemoth valued at $8 in seven regular packs and two dice packs. The cost of the packs - $20. Wo ho!!

But then, if it is a battle card, it has to prove itself in battle, isn’t it? So, let’s test it out. Before that, let’s know what this game, Splinterlands, is all about.

*Splinterlands is a digital card game that allows you to collect, trade, battle, rent, and even earn on the cards. It is one of the most generous games that I have seen where cards, potions, Dark Energy Crystals (DEC. Cryptocurrency) are given out every day to thousands of players for just playing and winning daily quests. And there are tournaments or guilds that you can join.*

***Just to give you an idea of a few of the uber-expensive cards, take a look at this recent purchase of Prince Julian at USD 3500.***

Did you go to the link and see for yourself? I hope you did. And I hope that gives an overview of the game. I just love the game, and those interested can go to Splinterlands’ site and join. If you want a link to join, I will leave one at the end of the article, which you can use.

As I mentioned before, the Kitty is one of the newest legendary summoners in the game, and boy, is it good or what. The Kitty provides three abilities to the friendly monsters. Each monster has an improved speed of two. Needless to say, don’t use the Kitty in the reverse speed battles. 😊

In addition to the speed, the Kitty provides true strike ability to all monsters at the beginning of the battle. The third ability is what I liked the most. It is about healing the friendly tank at the beginning of each round. This was the coolest of all the abilities, and this is what I intend to test out in battle.

Let’s jump to the battle to see the Kitty in action.

The Byzantine Kitty in Battle

I wanted a high or medium mana cost battle, and this one of 32-mana proved the right one for the Byzantine Kitty. The main thing to test out was the healing ability of the tank.

Now, the Flesh Golem at level three is a self-healing monster and, when coupled with the Wood Nymph, is a lethal combination. The Nymph heals the tank in the first position. Further to this, the Kitty also heals the tank, and this three together would make the tank indestructible, I guess. So, that’s what I wanted to see for myself.

I chose the Kitty and chose the Earth Splinter for merging with the Dragon monsters. I liked my lineup.

Before the battle, I thought my monsters would be formidable, but I guess I counted the chicken before they hatched. You see, I went for the Dragon plus Earth splinter combo, while the opponent went for the Water Splinter.

The choice of monsters by the opponent was what shook me up a bit. If you notice, the Water Summoner is Alric Stormbringer, which would enhance the magic attacker’s attack value by one. That made the opponent stronger. The opponent got the Gelatinous Cube in the first position and all the attackers in the next five positions—a good idea.

The wave runner with the reach-ability was in the second position. Two magic attackers followed it, which would have increased attack value because of the water summoners. There were two more ranged attackers at the end, with the Crustacean King at the very end. The King would also heal the Cube at the beginning of each round. My fear was their combined attack value.

Observe the attack values of the opponent’s monsters. It is:

Now, that spooked me. If all of the monsters focused on my Flesh Golem, then it would be gone even before the end of the first round. Chances were that the Kitty would fail the test. Or rather, I would fail in my strategy.

Anyway, my lineup was not bad either, with the Flesh Golem in the first position, followed by the Furious Chicken and the Dragon Jumper. I also included magic attackers, which were from my third to last position. The Black Dragon in the fourth position is a life-leech that would get stronger through the battle if not attacked by the opponent. The Wood Nymph is a magic attacker-cum-tank healer. The last magic monster was kind of protecting the Nymph’s back.

Notice the speed of all my monsters. They are the fastest of the two sides. Even my slowest monster is equal to the fastest on the opponent’s side. That said, the Golem survived the first round of attack because of a couple of misses. The Golem was then triple healed. I, desperately, required the opponent’s monsters to be eliminated else the Golem will still be in trouble.

And that’s where the Dragon Jumper in shining armor was headed towards the Crustacean King. If the attack succeeds, it should be great for me.

And the attack did succeed. The opponent was down to just four monsters but look at my Golem. The Golem’s health was on tenterhooks. Now, we would see it heal.

Notice that? The Golem is completely healed because of the Kitty’s healing, the Golem’s self-healing, and the Nymph’s tank healing. How cool is that?

Not only that, but the opponent is down to just three monsters, and it is difficult to destroy the Golem anymore. So, victory is assured.

And there you go. The Dragon Jumper finished off the opponent in one strike. With that, I took the victory.

***Learning:*** Yes, the Kitty is amazing when healing the tank, but never take the opposition lightly. It almost killed the Golem in the first round. 😉

The Byzantine Kitty worked out for me on many counts. One, it came to me free of cost (well, almost), two, it came twice, and three, it works well in battle. So, you see, I have nothing to complain about.

While we primarily looked at the tank healing capability, we notice that the enhanced speeds are an amazing instrument in battle. Imagine a blast rule in play, and you use the Byzantine Kitty. The chances are that your monsters are the fastest and will attack together, taking out one or more of the opponent’s monsters even before they could attack. How powerful is that? Get that? So, yes, the Kitty is awesome!!

I hope you enjoyed reading. Try out the game and have fun!! 😊