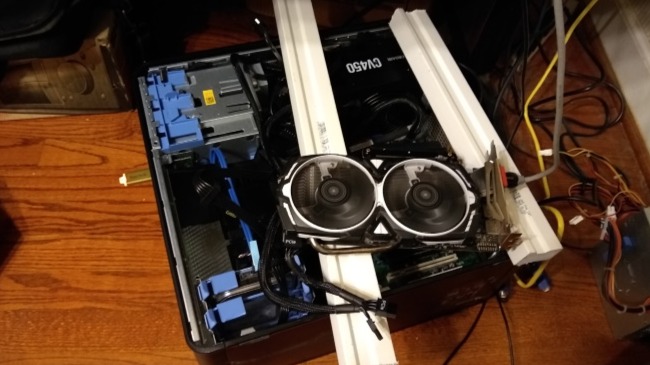 This is an update to my efforts to Turn My Old Computer Into a Miner.  I turned my old Dell 360 Optiplex into a miner on the cheap.  The goal is to get my feet wet in the mining game and to earn some crypto that I can then use to buy alt coins as part of my Trickle to a Flood early retirement plan.

Quick Rehash of The Project

As I mentioned in the earlier update, I purchased a MSI Radeon RX 570 graphics card and am using it as the heart of the miner in my 15 year old Dell Optiplex that had been sitting gathering dust..  Unfortunately, the card would not fit as intended because it was too thick and the CPU heart sink was in the other way.  To solve that problem I purchased an PCIe extension cable to be able to move the card to a better location.  I decided to go ahead and upgrade the power supply at the same time.  Total project cost $178.

So the equipment came on Friday and I quickly went to work getting it installed.  The power supply was no problem at all.  I thought I might need an adapter for the mother board but as it turns out the power supply's 8 pin CPU power connector can be split in half to give 2 four pin connectors.

The graphics card was still an issue.  The extender I purchased was just what I needed, but the card still wouldn't fit right in the case.  S0 as a temporary solution I cut two pieces of scrap plastic trim I had laying around to make two make shirt rails to allow me to rest the card on in order to see if the card even worked (I had bought it off Ebay). 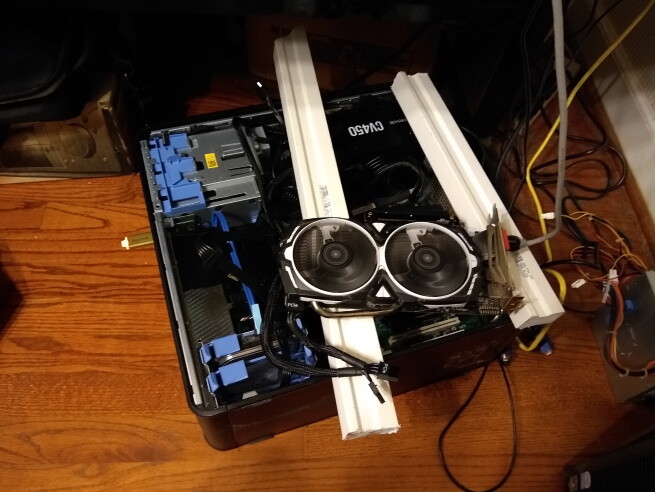 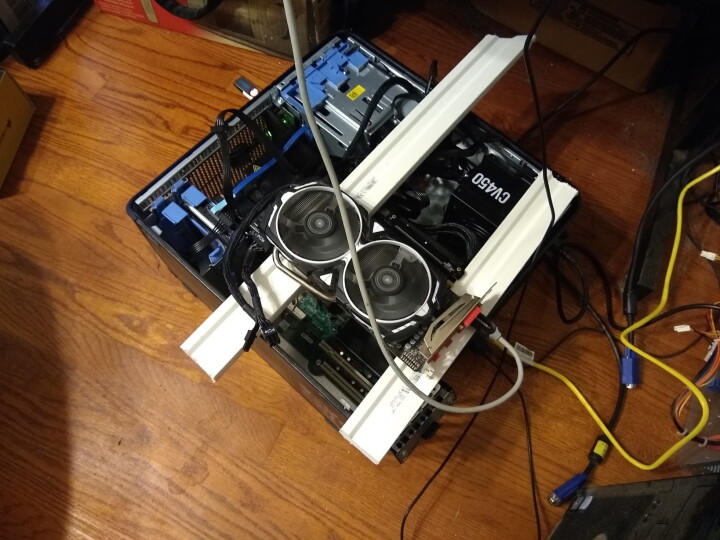 She wasn't looking too pretty or too safe.  But I was able to test it out and she works. 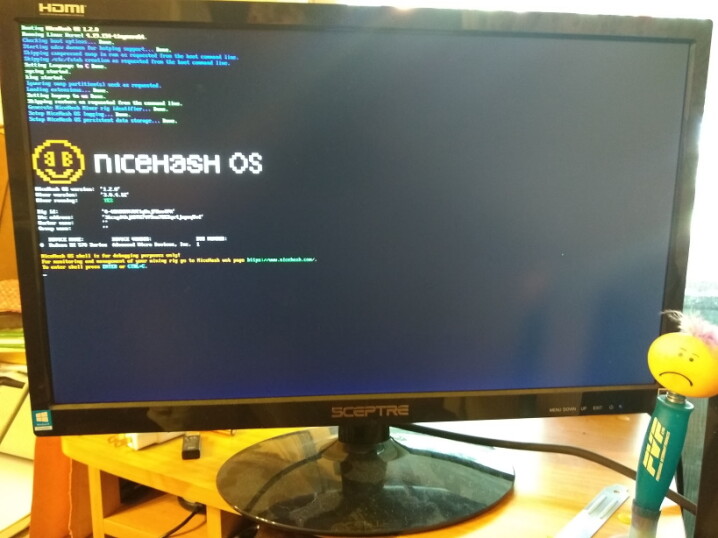 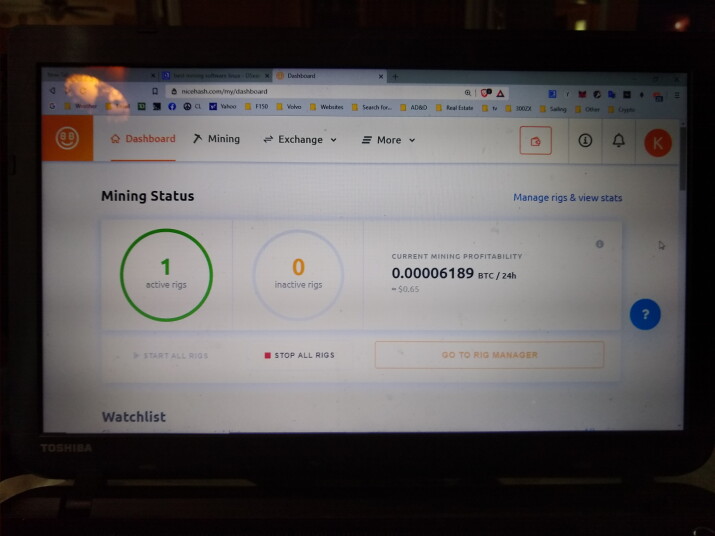 After confirming the card was working and could mine, I went to work at tidying her up.  I ended up making a plastic spacer to keep the end of the card from potentially hitting the metal frame and used a number of small zip ties to hold the front of the card in the place. 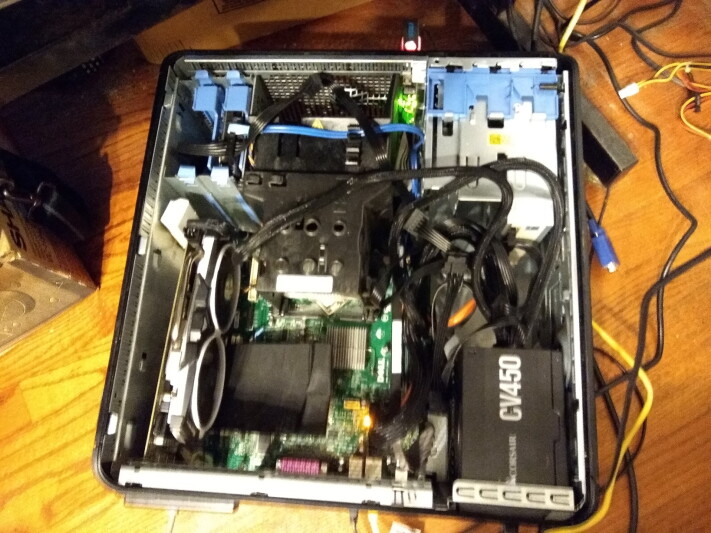 All tidied up tucked away. 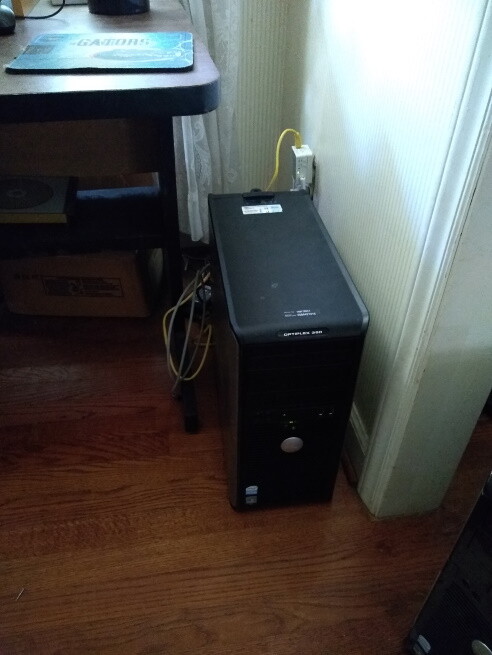 So now that it is up and running it is will be time to do some more research on mining software.  While my system was working using NiceHash OS, I saw that it was running the KawPow miner which is no where near the most profitable option ($0.65/day before electricity costs).  I swapped in a thumb drive with MinerStat OS on it and was able to get it up to $1.70/day.... just in time for the massive drop in profitability that has accompanied the crash in cryptocurrancies.  Right now it is showing me at $0.82/day, after electric costs I'm making around $0.50 per day. 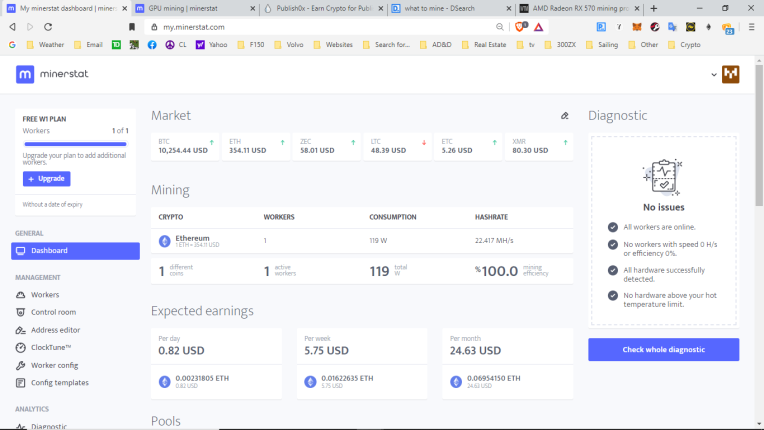 While I'm disappointed to see the profitability drop so drastically right after I got going, I'm pretty impressed with my old girl.  She is currently working at 22.4 MH/s at 100%.  It is earning at close to the rate as estimated at What to Mine despite the ancient motherboard, cpu, and memory.

Here is one last picture of my girl working away for me.  Hey... what is that?  Another old Dell Optiplex?  Oh, well.  I guess I'm just going to have to do it all again! LOL. 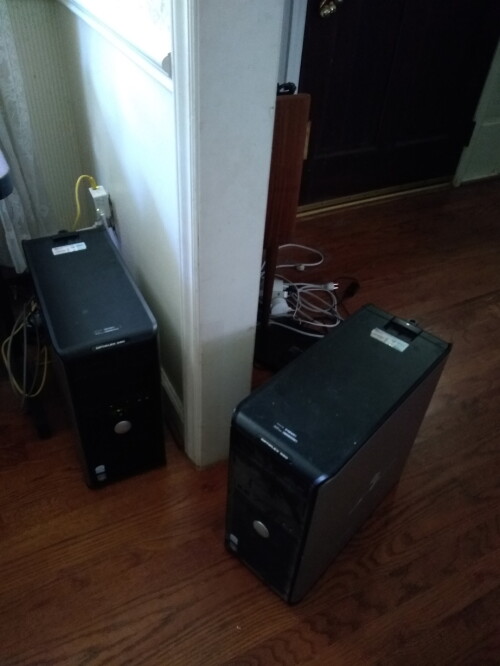