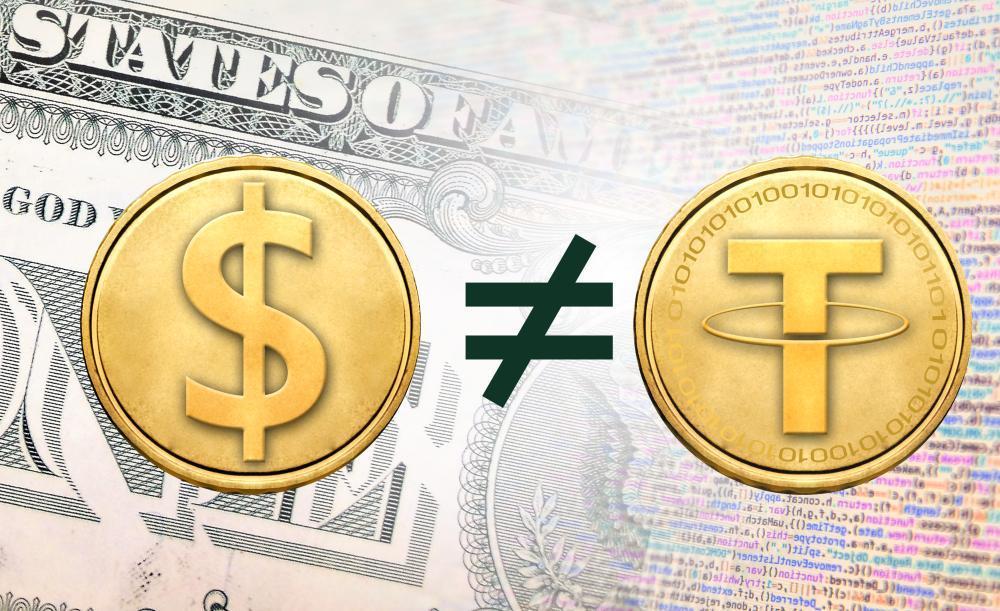 Tether admits that USDTs are not 100% backed by dollars

In a statement offered before the New York State Supreme Court, BitFinex legal advisor Stuart Hoegner admitted that the dollar-bound cryptocurrency, Tether (USDT), is not backed 100% by money or cash values.

In the document, presented this April 30, the lawyer states that the cryptocurrency has a cash backing for a total of USD 2,100 million, which represents approximately 74% of the total support. It also accepts that some of the funds used for support may be loans from affiliated companies.

The statement is part of a strategy to annul or modify a court order issued against Bitfinex, and its affiliate Tether, by New York State Attorney General (Leticia James) last week. In this way, the legal representative intends to counter the lawsuit that accuses Bitfinex and its subsidiary, Tether, of trading securities without a license in New York City, which would cause the freezing of transactions between Bitfinex and Tether indefinitely.

The lawyer alleges that digital assets anchored to other assets, known as stablecoins, are generally not purchased for investment purposes, since their main function is to facilitate transactions and the exchange between several cryptocurrencies. On this, he explains how these cryptocurrencies allow users to convert cash into virtual currency and anchor its value to the price of traditional fiduciary currencies. Therefore, the lawyer clarifies that by not obtaining any benefit from the exchange of USDT for dollars, this type of operations could not be defined as "investment".

For the same reason that the use of the US dollar as a means of payment of goods and services does not make one an investor of the government of the United States (the entity that issues USD), the recipient of an exchange (between USD and USD) you are not an investor in Tether (the entity that issues USDT).
Stuart Hoegner, legal advisor of BitFinex

The lawyer of Bitfinex does not believe that the Prosecutor is successful in his demand because it does not show how the anchoring between the tether and the dollar could be a value subject to the law. He notes that the information that USDT reserves could include affiliate loans had already been publicly disclosed, so, in his opinion, there is no fraud.

Hoegner recalls that two months ago Tether updated the definitions referring to the nature of his support in fiat. With this update, the company explained that the cryptocurrency would not only be supported in a 1: 1 ratio with the dollar, but that the reserves could also include other assets, such as "accounts receivable from loans made by Tether to third parties, which may include affiliated entities. ", Among them Bitfinex, with whom it maintains a strong commercial link.

So far, both companies insist on denying the accusations made by the New York Public Prosecutor's Office, also denouncing the loss of USD 850 million, belonging to its clients, with the company Cryto Capital. Hoegner also wrote in his affidavit that the Bitfinex and Tether loan agreements were made "for the protection of the virtual currency market," noting that the two companies are an important part of the infrastructure of the cryptoactive market.

Meanwhile, some stablecoins have suffered variations in their quotes as a reaction to the case. At the time of writing this note, some 2,800 million USDT tokens have been issued, according to the Omni block explorer.