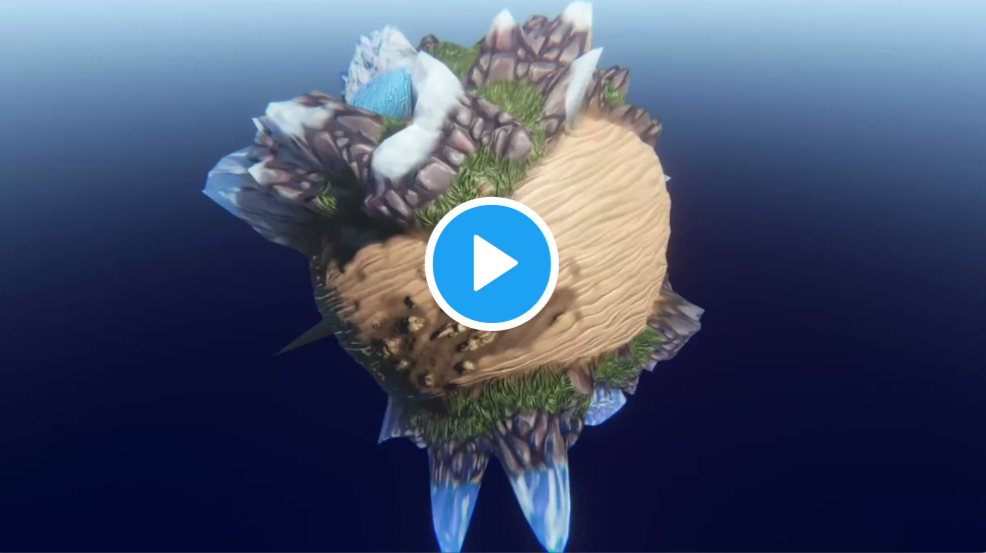 It has been a while since I last posted but we've had a serious heat wave going on here in the Netherlands. We had the hottest week ever measured in this country and I couldn't sleep for six days because of it. After not really sleeping for about five days straight I started feeling like I was in another dimension or very deep down the rabbit hole or something. I could hardly tell the difference between waking and sleeping and people and voices all felt very far away..
Luckily my creativity never stops, even when I'm feeling like a zombie half braindead because of Satan's hot heatwave wrath I still do something and it stops me from going completely insane I suppose..

So I've been working on a bunch of different ray marching shader related experiments in Unity Shader Graph and found myself trying to subtract ray marched noise 'cheese' from a cat mesh at some point, which almost worked perfectly, but not quite, because ray marching doesn't really work like that and well..long story,... But it still looks cool!: 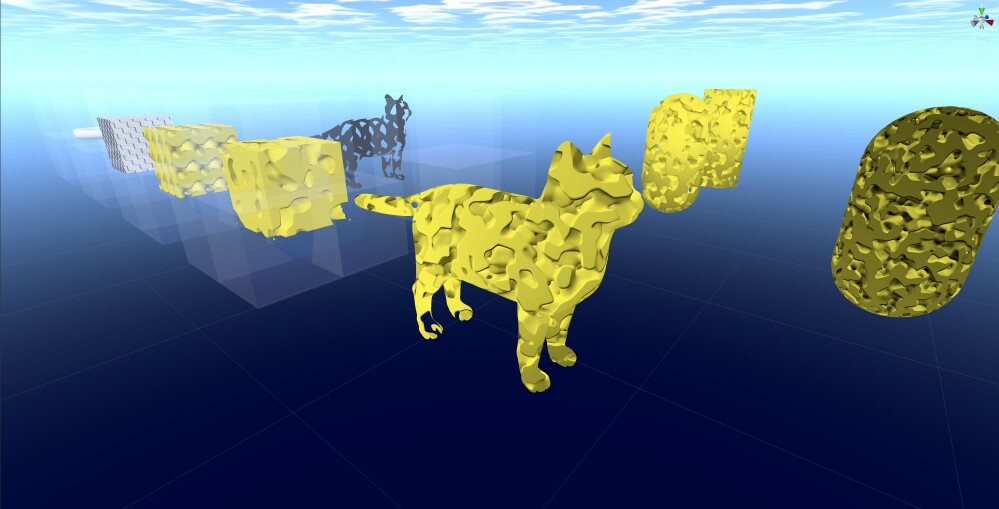 I've also started with preparing and writing a new Shader Graph tutorial for procedurally generating planets with different noise settings and textures for different biomes etc. The actual shader graph for creating the procedural planets is something i've already been working on for about half a year trying to perfect it, here is what one possible outcome of the shader looks like at the moment:

While I was at it I thought why not do a donut planet as well!:

Here is what the actual shader program looks like, or at least the face of it, because i've also created a couple of custom nodes in HLSL code, it isn't all done in nodes completely. And as you can see programming with nodes gives whole new meaning to the term spaghetti code!: 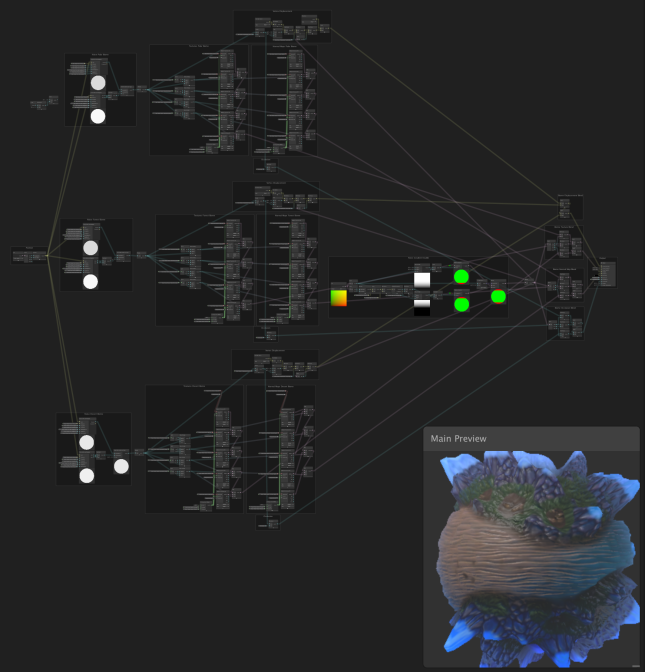 Now that I can map different noise settings to the different biomes I can also start implementing different noise types for each biome which will drastically increase the amount of variety that planets created with the shader can have. So that will be the next step. Right now I'm using only a layered 3D Simplex noise but I'm going to implement 3D cellular 'Worley' noise and some variations on the two types as well. If you're wondering what the hell noise is (not talking bout barking dogs & motorcycles)..well it's like a 2D, 3D or even n-dimensional field (depending on what kind of noise function you use) with pseudo random values (so kind of a smooth tv-static) at each position in the field that you can get and use as a basis for many different kinds of computer generated natural looking graphics, think clouds, water, terrain, wood, cheese etc. etc.: 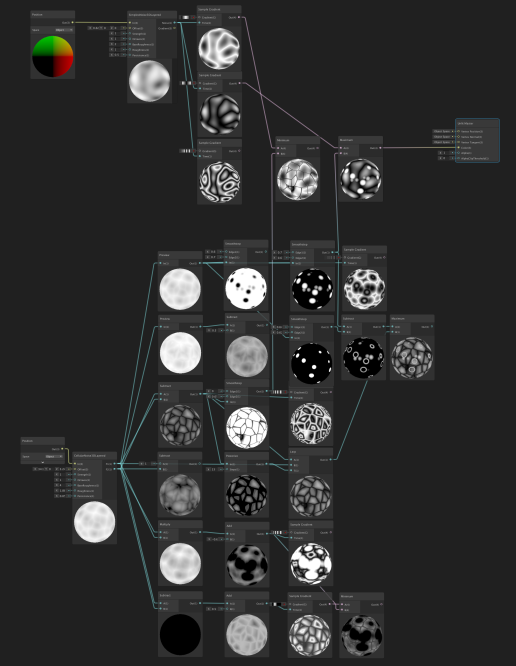 That's it for now i guess...Back to my noisy barkingdogs+drillingneighbours+loudmotorcycles+trampolinejumpingkids life.. I'll keep you updated and will post again when the tutorial is ready so you can create your own procedural planets with this shader!;)