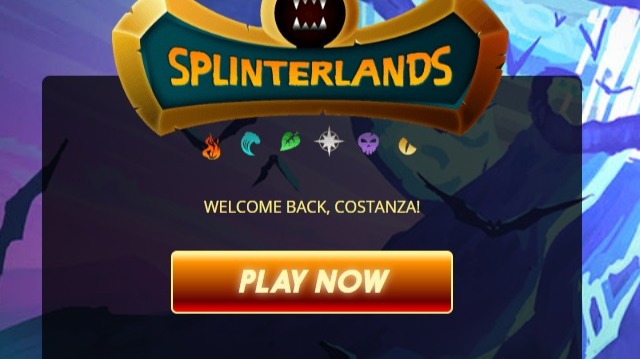 It's hard to say that Splinterlands right now is trending as a game even though it still ranks as the Play2Earn game with the most active daily users. This is a small view on the current state of the game & the economy.

Splinterlands still takes the #1 spot of dapp with the most daily active users on dappradar despite card and reward prices having gone down which is quite impressive. The question remains how many of these accounts are bots or alt accounts from active players. I guess it is safe to say that the game has a loyal player base who enjoy the game enough not to have rewards be the only factor to play.

The number of new players and spellbook purchases each day has been in somewhat of a decline in the past 3+ months but there still are 1000 new account on average each day with ~250 of them buying the spellbook. I guess this is not enough at the moment to really continue growing fast enough to keep up with the rate of rewards that are being printed. Source Peakmonsters 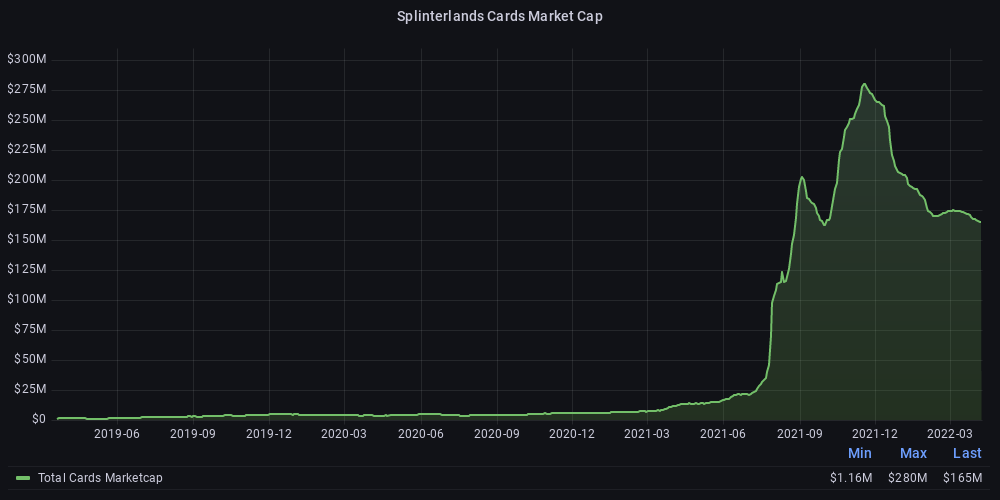 The Splinterlands Cards Market Cap had a peak of 275 Million and now all cards combined are worth around 170 Million. This however is a lot worse than the chart suggests sins a ton of extra cards have hit the amount in circulation since Chaos Legion was Introduced. Nearly all cards pretty much got a big hit in value compared to their peak values. Some got it worse than others, especially reward cards which are printed like crazy from rewards dropped a lot compared to when they first were introduced. 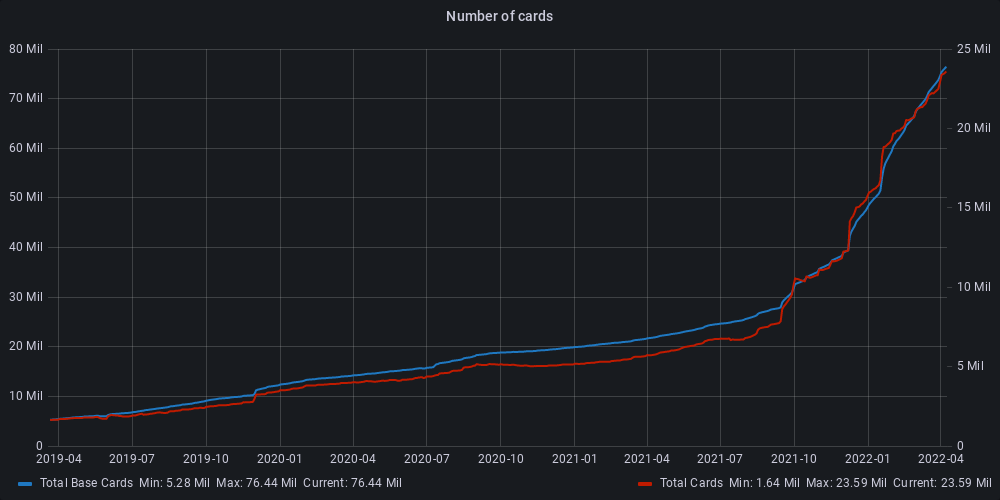 A card like the Venari Wavesmith used to go for 5$ while it was the meta card during the period many new players came in is now worth only 0.08$ (-98% Value). Cards like the Lensmaster (See Reasons I bought some Legendary Lensmaster Cards) managed to very will hold their value. They went for ~57$ and are still worth 45$ right now (only -21%). Overall it's safe to say that supply > Demand at least when it comes down to Chaos Legion & Reward cards which continues to push the prices down and I would not be surprised to see prices going even lower compared to where they are right now. On the bright side, this makes the game more affordable again for newer players. 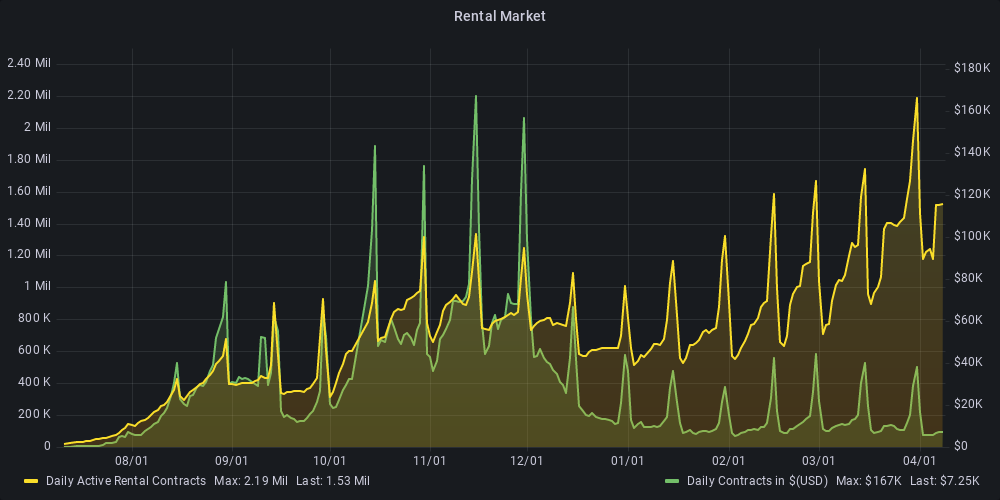 The number of cards that are being rented seems to be going up while at the same time the prices have come down a lot, especially during the season. 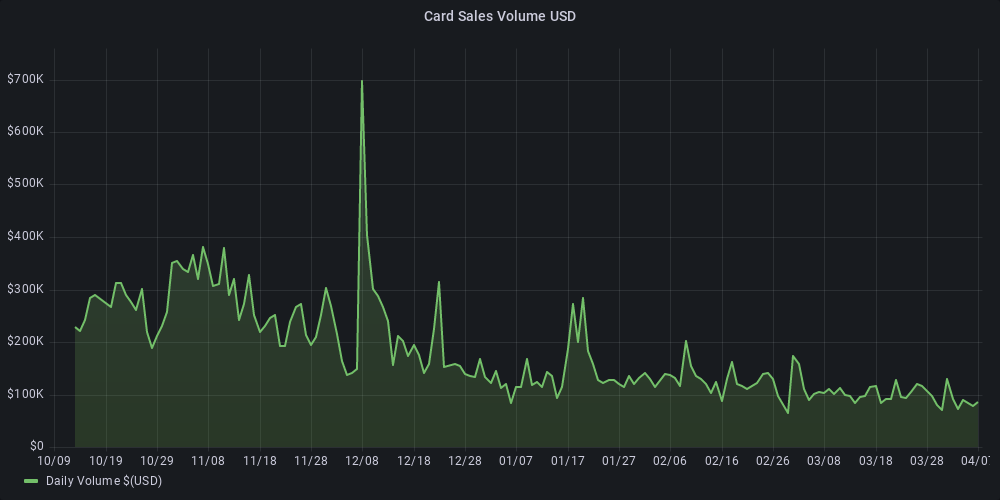 The total volume of daily card sales also is down while it is still ranging around 100k each day on average. 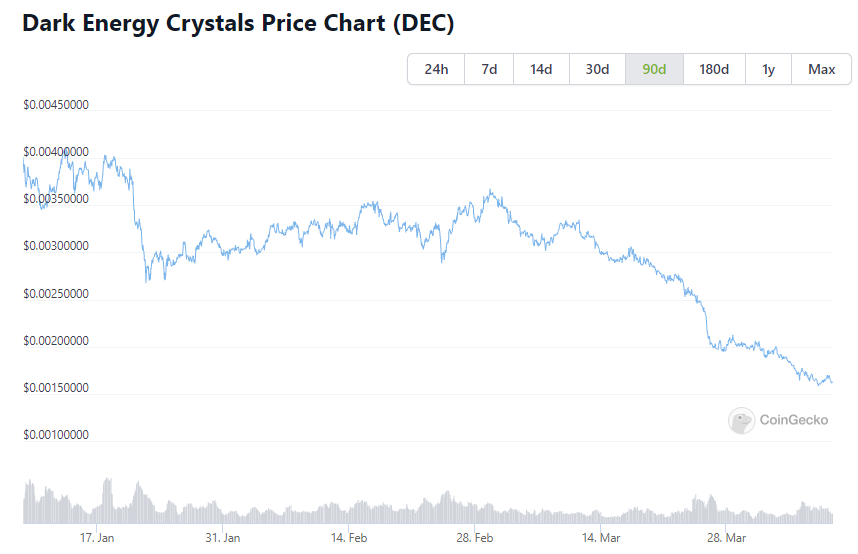 The price of Dark Energy Crystals also continues to dump and is getting close again to the Pegged value of 1000 DEC = 1$ which I believe the devs want to get back to. This means rewards for ranked wins are getting a massive hit as not only is DEC worth less, fewer of is also is getting printed. A win for me at the moment in Gold 1 gives around 12 DEC which equals around 2 cent at the current price. One of the reasons DEC got so high was because there was a huge incentive to hold onto it due to the SPS airdrop. The combination of the airdrop reaching the end of it's cycle along with the announcement that the reward pool will be doubled increased the selling pressure getting it all the way down and I guess it will need to get back closer to the pegged amount. 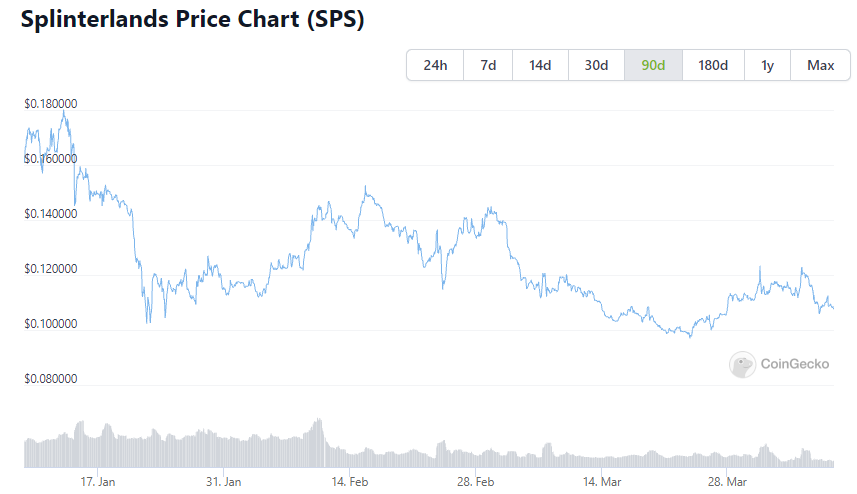 SPS has been in a fairly stable range now for a while around 0.1$ even though it used to be a lot higher around 0.8$ after the initial pump. SPS said by the devs to continue to play a key part in the game needed to buy certain card packs that will be released, needed to run validator nodes, needed to enter tournaments, needed to get vouchers. I guess smart money is picking it up right now at current prices as a long term investment having confidence in the team. The fully dilluted market cap is around 300 Million at the current price level which doesn't seem crazy high. 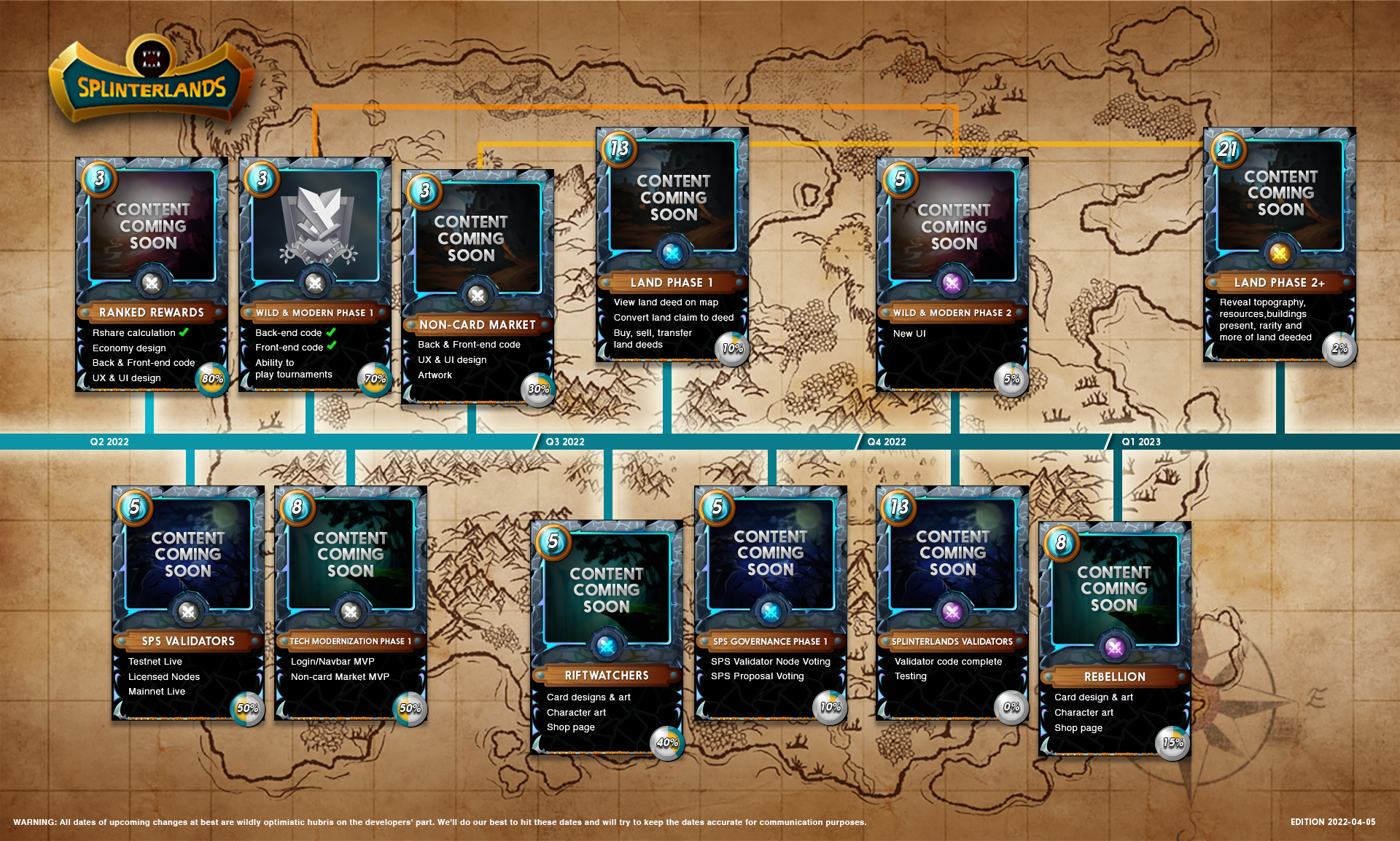 The team recently made a roadmap which to me didn't look all too impressive. The way I look at it, land will likely be the next adoption catalyst as prices need to go up to get new players interested which tends to snowball things. As DEC gets closer to the peg or even below it, players will start using that to get packs at a discount which might help to sell out the packs. With a likely spike in SPS demand for Validator nodes and the Riftwatchers while SPS becomes part of the rewards after the airdrop, rewards should go up again and it should come together with a card supply shock with the release of Land which will require cards to be locked on it. All of this looks to be closer to early-mid 2023 though so I guess the game will have quite a long time in the current state with prices suffering.

The entire design that helped Splinterlands totally explode (SPS Airdrop pumping prices creating a positive feedback loop) now is causing somewhat of a backlash in the opposite way. I guess the entire situation is still very much a net positive for the game and it feels like a matter of time before the next cycle. My 3 main concerns at the moment are (1) the rising costs as many employees were hired for the team, (2) the extreme pay2win aspect that I believe prevents real gamers to come into the ecosystem, (3) the excessive printing of DEC, Reward Cards, New Card Set Packs. The team, however, has shown to be very capable and I have no worries whatsoever about my in-game assets and I will just continue building with an eye on the next cycle taking a bit of profit here and there along the way...