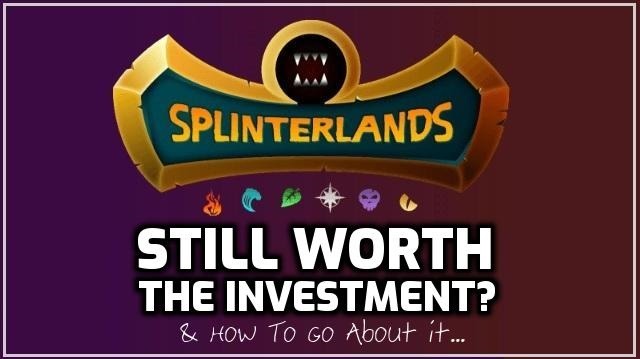 About 4 months have passed since I wrote the article asking if Splinterlands was still worth the investment (See Link). In this article, I'm taking a look at how this would have turned out once again asking the question if it's worth it for new players.

So basically the initial article (Link) explained that 15k collection power was pretty much needed to get in the Silver League where the real rewards start.

This could be done by renting cards (which would have been the better option) or Buying the needed cards to have enough collection power which at that time when just buying the cheapest cards could be done for around 400$. Right now the minimum cost has come down to 75$ which is an -81% decrease! The reason it decreased pretty much comes down to supply & Demand. The market really did get overheated with all the new players coming in and no cards packs available and from the looks of it, the devs overestimated the demand being too optimistic on both the printed reward cards and the Chaos Legion Packs. The Crypto market also went down quite a bit which doesn't leave SPS and Splinterlands unaffected.

I did create an example set of cards to buy that for a total cost of 677$ (800$ for 15k collection power) with a mix of cheaper Reward cards and Rare useful Untamed cards.

Looking at these cards now, the Current Reward cards totally tanked in prices while the others relatively held up with the total current value of the cards being 314$ compared to the 677$ they used to be worth. That's a -53.6% drop in value not counting what playing the game would have earned, the SPS Airdrop, potential blogging rewards and so on. The Price of Bitcoin since that day is down -27% and most altcoins are down over 60%, so overall I guess it's not that bad knowing these swings are part of crypto.

Still Worth The Investment?

The way crypto generally works is that everyone lining up to get in when prices are at all-time highs while nobody is interested to get in when there are major discounts. I guess for Splinterlands this is no different. The way I look at things, Splinterlands remains a game that many enjoy, it has a really solid Development team that is funded for a long time to come and many new things on the horizon. The SPS tokens are still airdropped to players based on the assets they own in the game and they are giving passive returns each day already with future use cases to be implemented.

So pretty much all the arguments from 4 months ago (Link are still valid and they are even amplified given how much cheaper everything is (even though rewards also are lower these days). However, a lesson that can be learned from the past 4 months is that renting is a much safer and cheaper option and that older cards managed to hold up in value a lot better. This is no guarantee as the reward cards now even got more cheaper looking how much collection power you get for them. 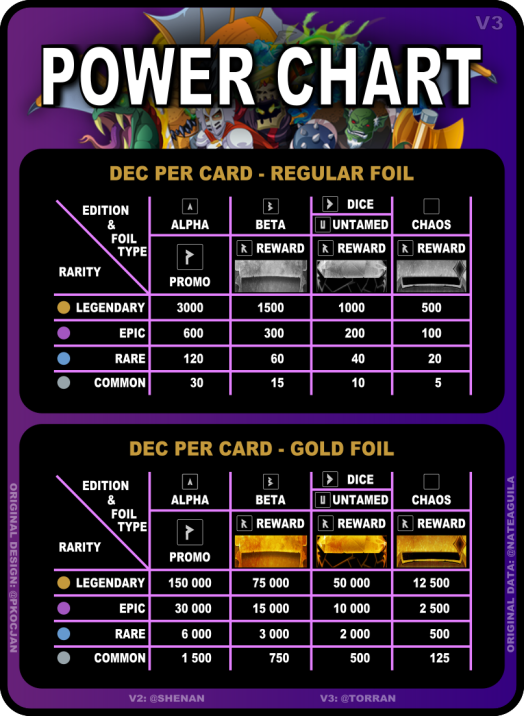 If I were to make a starter deck of 15k Power today, I would most likely focus again on Golden cards buying a combination of useful cards and those that are cheap in collection power. Legendary Chaos Legion Cards also feel quite cheap. I like the Chaos Legion Water Splinter the most and again stick to cards that can be used in the modern format. These cards I would take as a base to build upon

Once you have 15k collection power you should be able to reach Silver 3 League given enough games and Build your account getting more cards or packs from there on out with the earnings you get especially if you tap into all of them one way or another (Especially blogging can help you a long way).

Splinterlands isn't going anywhere and even though there is always a risk that prices and rewards go down more. At some point a new bull market feels inevitable and at the current discount prices where you can get 15k collection power for 100$-200$ by buying cards on the market I still see it as worth the investment only for those that are interested in playing a collectible card game. For those who are just in it for the money there are probably ways to get more returns for your time playing the game.