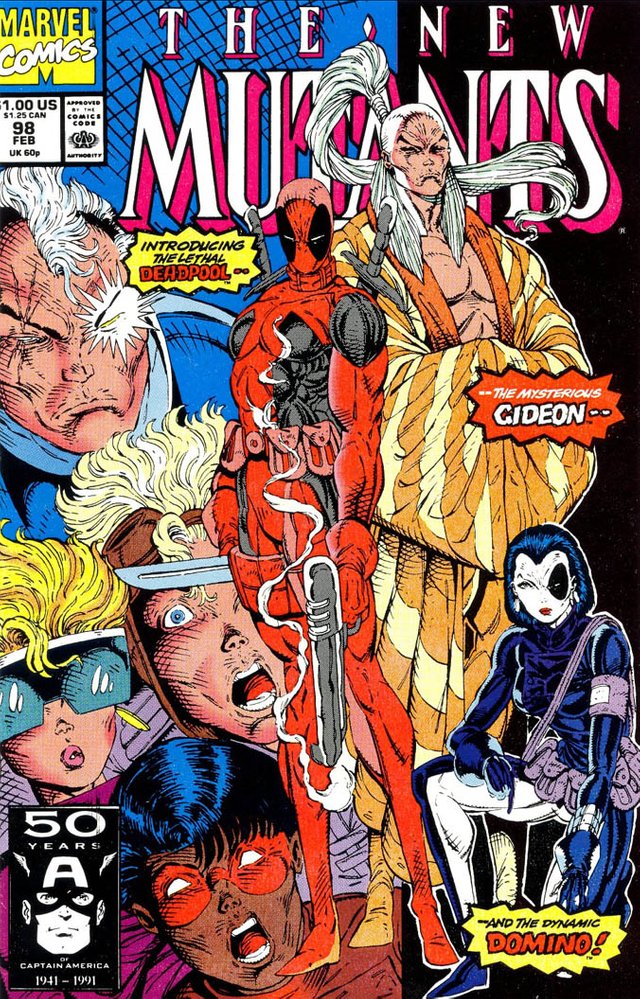 Everyone knows Deadpool nowadays, the lovable, hate-able, merc-with-a-mouth anti-hero, but back in the 90s when he first appeared, he was little more than foul-mouthed villain, created by Rob Liefeld and Fabian Nicieza as a Deathstroke (a DC character) rip-off. Deadpool's first appearance was in New Mutants #98, appearing alongside Domino and Cable (who would later co-star in the well-renowned Cable & Deadpool series). Deadpool appeared several more times in various x-books until he got his first solo book: Deadpool: The Circle Chase. Then, in 1997, Joe Kelly began writing Deadpool's first proper solo ongoing. The Characters
While Deadpool's main draw is the comedy and breaking of the fourth wall, my favourite aspect of Kelly's run is the supporting characters and their relationships with each other and with Deadpool. Blind Al, Weasel, Zoe and Monty are all brilliant, multi-dimensional characters who are given ample opportunity to shine.

The Humour
As expected, this run is funny. Really funny. Whether Deadpool is spouting off countless one-liners or breaking the fourth wall, or Kitty Pryde is poking fun at the fact that super-heroes talk way too much while fighting it all combines to make a truly hilarious book.

The Story
The characters also help make the story really fantastic. An early favourite moment is when Al and Weasel are put in 'the box', Deadpool's cruel torture room, designed to deter blind Al (who he has prisoner) from escaping. We really see the depths of Deadpool's depravity here and there are some really emotional moments. I also love the Dead Reckoning arc, which serves as a sort of 'mid-season finale'. A lot of plot threads are wrapped up here and we see the emotional climaxes and conclusions of multiple character arcs. We see Deadpool wrestle with his morality and struggle with whether he can really be a hero or not (a theme prevalent throughout). There's even a cameo from a certain American captain! I also love how seeds are planted in the first few issues that come to fruition in some of the last issues of the run, it's great stuff. My absolute favourite arc is the final one, where Deadpool finally confronts T-Ray again, having been bested by him previously. There are some incredibly potent emotional moments in this final arc which I won't spoil. I'll just say the final few issues had my jaw dropping (cliched phrase, but it's true).

Conclusion
While I did love a lot of this run, it wasn't perfect. It did drag at times and not all the jokes landed, but overall I had a great time reading. I would definitely recommend this run if you are at all interested in Deadpool!

Reading Order
There are a few extra issues here and there that can be annoying to read in the correct place, so here's a handy reading order for you!

This blog is for my thoughts on comics I have read, be it reviews or general thoughts.