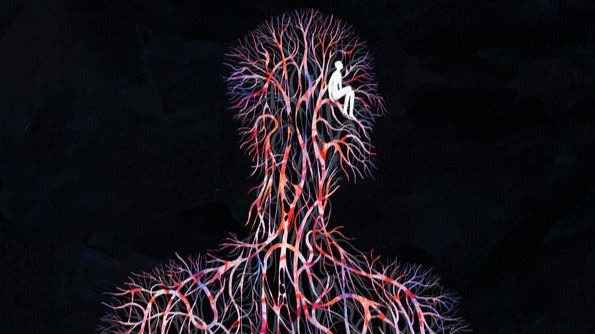 Trying to Hold it Together When Your Body is Done

Recently the weather in Washington, DC has gotten a lot better. It has been sunny and the weather overall has been really nice. For a long time I could have sworn I was in Seattle with the grey overcast skies languishing around all the time. This weekend I decided to treat myself for all the crazy work I had been doing and went to my first Washington Nationals game. As someone who likes to do things with other people and is not a big fan of doing group like activities by myself I surprised friends and family by going by myself.

Like most things though it was a ton of fun but super draining. Even worse was I got a sunburn and while not terrible it just adds to the health issues I have to deal with. Sunday I could not figure out why I felt as crappy as I have and I assumed it was due to all of the fun and excitement of going to the Nationals game and just being in a sports stadium again. I had heard from my parents how there had been bad weather recently in Texas but it never seemed to make it quite all the way to DC. I never thought to check the weather and there lies my issue.

This morning when I woke up I looked out my living room window and saw that it had previously rained. That explained why my sleep was complete crap and my ache in my shoulders. When I checked on my phone it appeared that we would have rain later on in the day however around noon while at the office the skys opened up. The rest of the world day went downhill pretty quick and by the end of the day I had begun to walk into things. I am lucky in that there are not a lot of things I could walk into between the different areas in the office I need to go.

The headache though could not be kicked. I took some painkillers at work and that did absolutely nothing I drank some more coffee to deal with it but to no avail. I was happy to get off of work earlier due to Congress being in recess and went straight home. My body was done and even with laying down continues to feel beaten and broken. This is the part of chronic illness I always do my best to hide from others. It is so hard to explain what happens to my body as at the beginning of the day I just seemed sleep deprived but by the end I looked terrible. Juggling my health, my internship, and working on finding a permenat job is hard on its own. My health just makes it that much harder to deal with and it honestly is a huge downer. It really limits my ability to go out and socialize with my coworkers and meet people in a new city.

Once I am able to nail down a job either on or off of Capital Hill I will be able to take away a huge stressor and give my body more of a break. For right now though I am just having to do my best to hold on. It has been an incredibly hard last month or so between my roommate moving back to Texas, the internship coming to an end, and finally my sweet baby boy Rusty my best friend being put down after battling being sick for over 15 months. Its been an emotional rollercoaster and my body is finally acting out at me trying to silence and ignore it and it sucks.