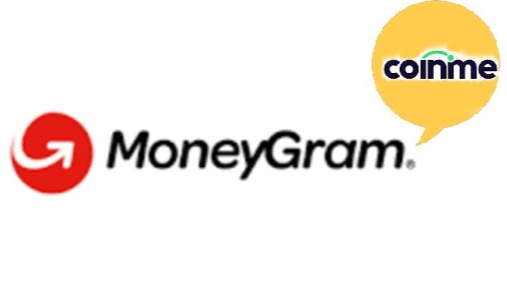 In my opinion, one of the biggest things Ripple had going for it last year before the SEC stepped in was its partnership with one of the two almost popular wiring services in the US MoneyGram. However, once the SEC suit hit and a few months were given to see if there were any quick exits for Ripple Labs MoneyGram left the partnership. Well officially it was "put on hold" but all that meant was that the partnership was dead it was just the nice business way of saying it.

When this happened I thought this was going to be a pretty big blow to crypto and blockchain development but as we all know now that was far from the case. MicroStrategy, Tesla, and Square became huge proponents of crypto and Bitcoin in particular and now Visa and Mastercard are moving forward with the support of paying in crypto. MoneyGram has finally announced it is re-entering the field with a new partner.

MoneyGram has joined forces with the crypto exchange Coinme for a feature that will let people buy crypto with cash and even withdraw it from MoneyGram's physical locations in the US. While this is not exactly the same type of partnership that MoneyGram had with Ripple beforehand as that partnership focused on cross-border exchanges this one could argue is even better.

By allowing people normal typical people to walk into a location and interact with crypto is a huge step in the adaptation of crypto in the world. I was actually pretty amazed to see it happen in the US where the rules and regulations are confusing and complicated, to say the least. This further hurts Ripple at the same time though. While PayPal and Mastercard among others have begun to fill the role left by Ripple there was always hope that once the SEC lawsuit was taken care of MoneyGram and Ripple could and it was a very very unlikely could reunite. One could argue that this is still an option as Ripple and Coinme serve two different purposes but this could also be a sign that MoneyGram is looking at growing its exposure and interaction with crypto and blockchain in a new direction.