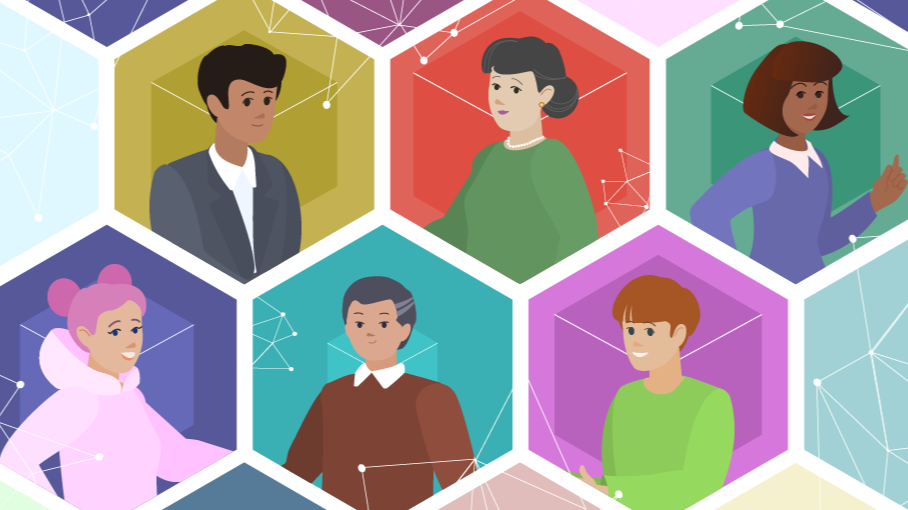 Bitcoin is a part of the investment portfolio in many households, but what age groups own most of crypto? One would think it’s about younger generations as they are more tech-savvy and receptive to innovation, so they own Bitcoin and other digital currencies.

However, the reality is different. Crypto is available in every country of the world, and in the same way it is an object of interest for all generations. But Generation Z, millennials, Gen X and Boomers have different approaches to crypto. Let’s review some research to shed light on how generations deal with digital assets.

Which Age Group Demonstrates Most Interest in Crypto?

A Stilt loan service surveyed 1,500 users who have made 1 million of transactions between February 2020 and February 2021. The division between different age groups was as follows:

According to research by Stilt, 76% of those who bought cryptocurrency in this period are millennials. Gen Z takes the 2nd position with 17%, Gen X goes next with 5%, and there were only 1% of Boomers among the crypto buyers. As we can conclude, young people buy crypto more actively than the older ones.

The second part of the Stilt study was meant to explore exactly how much different generations invested in crypto. And here, things are very different. Gen X has invested $9,611 on average, which is more than younger millennials ($8,596) and Gen Z ($6,120).

In the first part of the research, we found that more people from Gen Z and millennials bought crypto, but the older Gen X group has put much more money in digital assets. The study does not indicate the reasons for this, but we may assume that Gen X has more capital to allocate and has more experience in investment.

Receiving Paycheck in Crypto: Yes or No?

A research done by a financial institution deVere Group has recently demonstrated: many people would prefer crypto to fiat as their salary. 36% of millennials will only be satisfied if they are paid at least 50% in digital coins. In Gen Z, this number is even bigger — 51% people from this age group want half of their paycheck in crypto.

This fact is not surprising — young people were raised at the time when cryptocurrencies emerged and evolved. A similar study was conducted by bankrate.com, showing that 51% of millennial Americans are comfortable about investing in digital assets. It appears that younger generations share the ideas of decentralization and transparency and have fewer trust in the traditional financial system than those who grew up at the times when crypto was not around.

However, things seem to be slowly changing — in 2021, Bitcoin became a lot more popular among Boomers. An Australian crypto exchange did research demonstrating that more and more Boomers have leveraged crypto. The group of investors aged 60+ who increased their crypto holdings compared to previous years grew by 15%, that is — 16,000 people. Again, Boomers are making the largest initial deposit.

How Many Millionaires Invest in Crypto?

In 2021, CNBC surveyed millionaires from all age groups who invested $1 million and more in different markets. It was found that many millennials keep a great portion of their savings in cryptocurrency.

83% of millennial millionaires who participated in the study hold some crypto. Out of all respondents, one third keep at least 75% of their wealth in digital coins. 53% of millennial millionaires have put 50% of their portfolio or more in crypto. With older groups, it’s different: only 25% of Gen X members invested in cryptocurrency, while in Boomers, this number is as low as 4%.

For some millennials, this is just the beginning: they are going to increase their stakes in 2022. 39% of them are going to keep their positions as they are now. Only 6% are planning to cash out.

According to CNBC, there is a generation gap in how rich people manage their wealth. Older millionaires don’t trust crypto as it’s volatile and faces legal uncertainties, so many of them try to avoid digital assets. In turn, those who were raised at the time when crypto evolved understand what profits it can bring.

Is Crypto Good as a Gift?

Giving crypto to someone is a great way to allow them to jump on the bandwagon of digital coins. This is mostly done by younger generations.

Let’s consider a few cases. In the first one, Cynthia, aged 23, is from Gen Z and she has gifted her mother and sister an NFT and some metaverse virtual land for Christmas. They were worth thousands of dollars, but Cynthia saw it as a great investment. Now, her father is going to buy a Ledger and take a course in blockchain coding.

Allison, 24, is from Texas. She is a Gen Z person greatly involved in crypto. Instead of traditional gifts, she decided to get her family and friends some Bitcoin, Ethereum, and Solana as she expects them to grow and wants others to profit from it as well.

Cooper is a millennial investor based in Los Angeles. He was going to spend $10K on NFT gifts and Ethereum Name Service (ENS) domains. Cooper likes buying old artworks of renowned artists as he believes those are great memorable gifts.

We saw that there are more young people who invest in crypto, but the older generations allocate bigger money. Let’s consider crypto influencers who have the most impact on those making investment decisions.

Vitalik Buterin is only 28 but has already joined the cohort of crypto billionaires. A Russian-Canadian developer and Ethereum co-founder, he has 3.6 million followers on his Twitter. Buterin is not only famous for Ethereum but also for his proposals on improving Bitcoin and his work for the Bitcoin Magazine. In his social media, Vitalik shares his thoughts on how crypto works and proposes his own solutions.

Charlie Lee, 35, is a computer scientist from Ivory Coast. He is most known as the creator of Litecoin, but he also did a lot as a Director of Engineering at Coinbase and a Managing Director at the Litecoin Foundation. Lee shares with 1 million of his Twitter followers the news about BTC, LTC and other cryptos and shares his views on their future.

Anthony Pompiano, aged 33, is an American early-stage investor in tech companies and a renowned Bitcoin evangelist. He boasts over 1.5 million followers on his Twitter and over 370K on YouTube. Pompiano is a millennial blockchain pioneer and co-founder in a crypto investment firm. Pompiano talks about Bitcoin, hosts interviews and discussions. The daily Pomp Letter with crypto and hech news has gained 210K subscribers.

Roger Ver, dubbed by many as “Bitcoin Jesus”, is 43 years old. A Gen Z member, he is one of the earliest Bitcoin investors and advocates who invested in BTC, XRP, BitPay, and Kraken since the early days of crypto. In his Twitter with 740K followers, Ver talks on all issues concerning Bitcoin, Bitcoin Cash, and other digital currencies.

Andreas Antonopoulos is one of the most respected people in crypto globally. He is 50 year old and is known for his books such as “Mastering Bitcoin” and”Mastering Ethereum.” Antonopoulos is a teaching fellow at the University of Nicosia. He is a Bitcoin advocate and tech entrepreneur who spreads knowledge about crypto, answers questions on his YouTube regarding crypto storage, Bitcoin protocol functioning, and more. The “Bitcoin for Beginners” course is one such project. Together on YouTube and Twitter, Antonopoulos has over 1 million followers.

Cryptocurrency is becoming popular among all generations. Most of the buyers are Gen Z and Millenials, but the older ones invest more in absolute values.

Market research shows that Boomers are becoming more passionate about crypto as traders and holders. In all generation groups, there are those who wish to receive their paycheck in Bitcoin.

Social media is a great place for sharing opinions and spreading knowledge about crypto. Twitter and YouTube are the platforms where top crypto influencers are active — among 5 people with the most followers, there are 3 millenials and 2 are from Gen X. This demonstrates that opinion leaders in the crypto space belong not only to younger but to the older generation, too.