Between Heaven's gate and the Lion's Gate.
We've integrated $AMPL for tipping, and are celebrating it with a meme creation contest with $400 in prizes! Check details here. 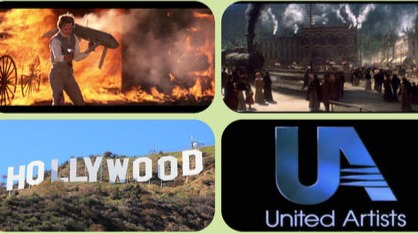 Between Heaven's gate and the Lion's Gate.

This is a review of the documentary, _Final Cut: The Making & Unmaking of Heaven’s Gate_

But more than that, its a landmark I’m using to recruit others to my cause.

It is important to me because it is evidence of my claim that movie quality has diminished ever since Star Wars popularized summer blockbusters.

The film is intended to be a real western based on claims that what really went on was a battle between poor immigrant pioneers who lived on the edges of cattle ranches that were blamed for cattle theft.

The story is that they were murdered by mercenaries hired by the ranchers and this was sanctioned by the Montana state government as well as the federal government.

Michael Cimino wanted to make a movie as big as Ben Hur, Gone with the Wind and Lawrence of Arabia combined.

It is said that no movie maker before or sense was so charismatic, detail obsessed and able to manage his cast and crew like an army.

After Star Wars and the flop of this film, it was all about increasing profit by using tech which sacrificed the human soul not just in art but life itself until we face extinction or the possibility of a new golden age of self led species management.

Why is the art & business of moviemaking important to me and why should it be to you also?

It represents the highest achievement of humanity to use creative vision distribution as a means of manifesting our will in reality.

What was my first introduction to Heaven’s Gate? A similar documentary about the first pay tv channel in L.A. called Channel Z. http://bit.ly/2EuRbbP

My perception is that nine families own 98.5% of wealth by controlling the distribution of media and how we apply the ideas it cultivates.

When I learn about how United Artists was started by the stars of Hollywood’s golden age, which was the first time artists had the funds to produce movies as they saw fit, it inspires and concerns me.

Today, we can look back at the past twenty years as the first Internet Age, from the cyberpunk hope of a film like, _The Matrix_ to the psy op that is 2020.

We have the technical means to not just produce our own entertainment but to manage our species without the tyrrany and addiction the richest few need to stay in control.

But, currently, we are our own worst enemies because the abundance of choice due to IT is causing analysis paralysis and consumer apathy due to the illusion that we have a true alternative media and culture.

If all we do is review movies from the past (as I am doing now) or remake movies, like Dune, or are divided by politics and sanctioned communist revolutions and battle memes of the Republic then we will be used more than we can make use of ourselves through self-employment.

The master’s plan is to speed up the collapse of the current system which will cull most of us through war, poverty, starvation and losing to A.I. competition.

So my goal is to rally others who want to make the cut to be part of the future of humanity both in terms of our families and our idea children creative expressions.

I hate to sound snobby or delusional but I want to spend my time with others who want to be the change they want to see vs consume whatever Trump, China and the NBA are doing.

To survive and thrive we need 1000 actual friends where we cooperate to help each other.

Podcasters are the thought leaders who exemplify this new model of personal enterprise. They charge, let’s say, $5/mo. x 1000 people to make 5k/mo.hipefully by providing more than entertainment value.

Covid has shown us that we can’t count on retaining our jobs, access to food or other services so I think the Masons are forcing us to adapt like they did when they created the American revolution.

So this film, Heaven’s Gate and the documentary about it being the flop that destroyed great director powered films is a great landmark in our need to create an alternative centrism.

Before the internet, mainstream media gave us a pop culture that we believed in and enjoyed in common.

The internet gave us more choices but it has pushed us into a civil war footing because our differring views of reality are too chaotic to continue as a social foundation.

The only solution is to prove ourselves worthy to survive the scourge of Lucifer, God and the technocrats who are all eugenicists.

I believe this is the limbo between Heaven’s Gate and the Lion’s Gate of Babylon we are in today.

Please watch this movie and documentary.

How can we use media that inspires us to help each other take actions to build Heaven on Earth? How can we become co-producers instead of mindless consumers? 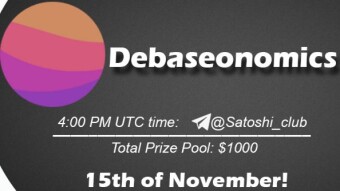 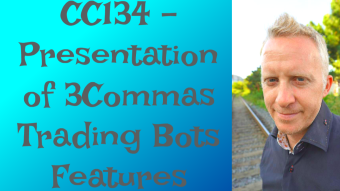