The number is slightly down from 544 BTC, traded the week before, buying and selling BTC/FIAT.

Three of weeks ago the figure dropped down under 400 Bitcoins per week, have not seen the trades this low for very long time (since February). Two weeks ago the volume recovered to almost 550 BTC and last week's volume of almost 500 BTC again, seems to follow the trend of about 2,000 BTC  trades per month.

There are quite a few exchanges in Venezuela (Airtm, Binance, Uphold, etc) but only LocalBitcoins provides the data to see weekly volumes. Also, LocalBitcoins has possibly the most of the trades in Venezuela because people who left the country (about 5,000,000) are now sending some of their earnings back to the country to support their family members. The reason is simple, the minimum wage (most people work for or near minimum wage) is less than $5 per month. It doesn't mean that everything is dirt cheap. Most products are imported and that means the prices are similar to prices in the US or elsewhere.

If you want to learn more about the situation in Venezuela, the best website in English is probably this one: Caracas Chronicles

If you prefer a quick TL;DR: Top 10 Facts About Poverty in Venezuela

The 2019-20 National Survey of Living Conditions (ENCOVI), conducted by researchers at Andres Bello Catholic University (UCAB) and published on Tuesday, Venezuelans' average income was just 0.72 USD per day ($21 per month). Reuters covering the Survey in English.

Back to Bitcoin, the best and cheapest way to help families is simply to send them Bitcoin from abroad and they'll use it to pay or trade it back to Bolivares so they can buy food, pay rent, taxes,. 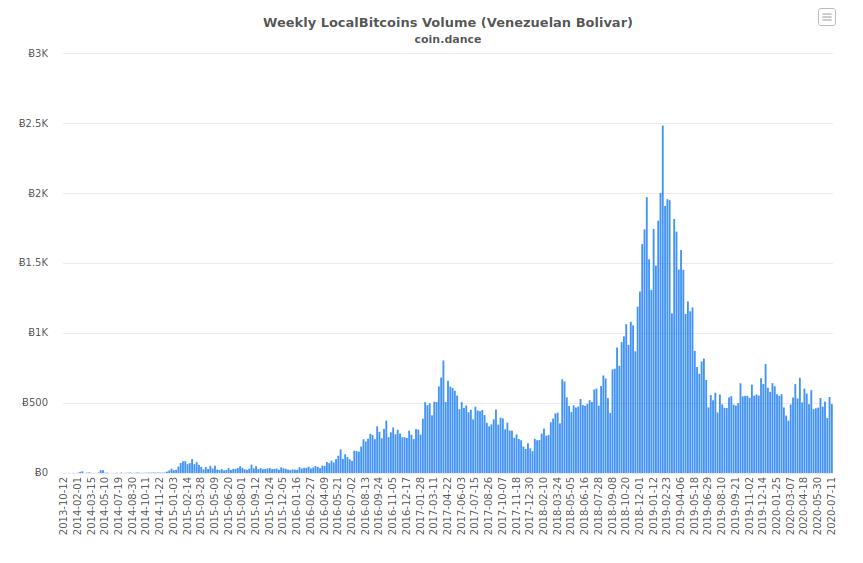 It looks like most Bitcoins were traded at the beginning of 2019. That's true but don't forget that Bitcoin was that time at it's cheapest since ATH in 2017. Here's the same volume in Bolivares (Fiat in Venezuela): 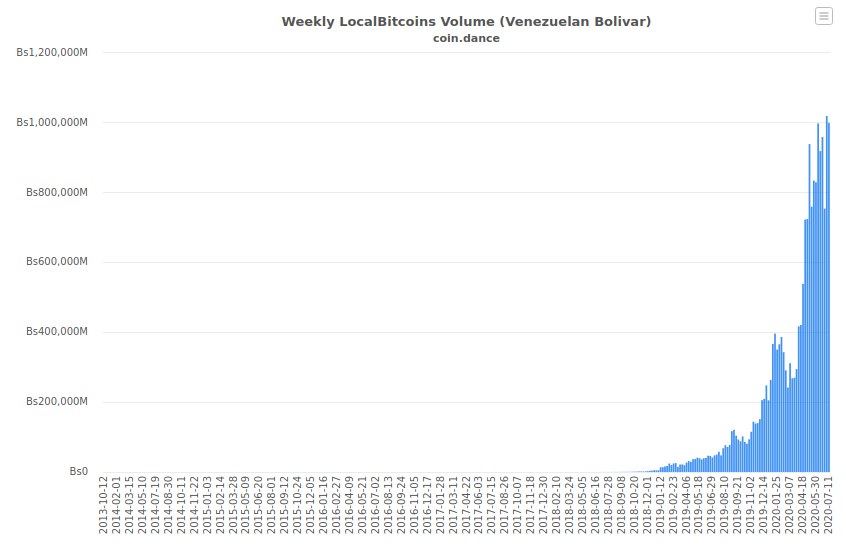 You can check the weekly volumes at Coin.dance.

I'll keep you posted, if you have any question, ask in the comments, please - AMA.

92 Bitcoins were traded in Argentina last week on LocalBitcoins