In the last 30 days, BAT has decreased 14.3%. Year over year the underlying asset (BAT) has produced +29% returns for investors. However, BAT faced a drastic surge in price during the months of February through April 2019 where BAT climbed from $0.10 to $0.45. Ever since this run up in price peaked, BAT has been on an almost constant decline. Besides one bull rally in September through November, the bears have had a tight grip on this market.

Braves year over year user growth surpassed 100% in 2019. This year the platform added more than 5 million monthly active members for a total of 10 million (MAU), and now reports over 3.3 million daily active users. Verified publishers increased from 28,000 verified publishers to 340,000 over a 12x increase. 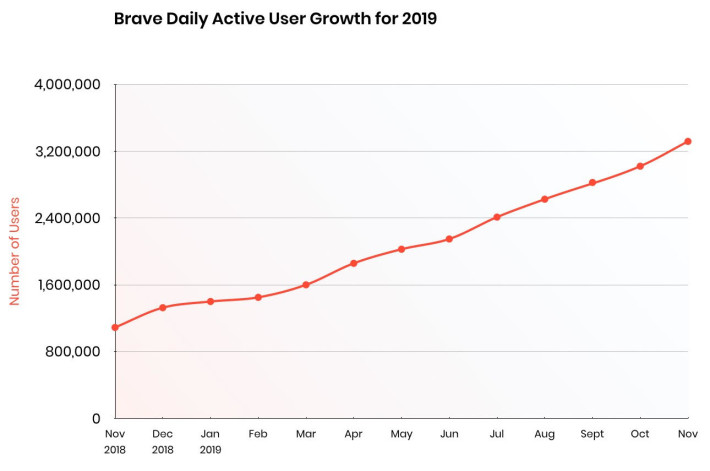 I like to keep my technicals short and sweet for the most part. Now don't get me wrong, I like to have my charts resemble a piece of abstract modern art just as much as the next analyst but for my articles I like to remove most indicators and stick with the simple yet effective necessities. Below I have attached a copy of BAT’s daily price movement. I have placed a solid support line at the $0.15 level as well as a solid resistance at the $0.216 level. The $0.15 level has been tested now twice and held as solid support each time. With the second $0.15 test the chart setup a double bottom pattern on the daily chart. Since the second test of the 15 cent price level we have seen an increase In price of 14% across 11 days. The RSI is steadily coming out from oversold territories and currently sits at 49. The MACD is headed back in a bullish direction as well. The signal line and the MACD line are close to converging and producing an upward break of the signal line across the MACD line, signalling a bullish cross.

As of 2019 the digital advertising industry is a $100 billion dollar a year industry. If the Brave platform could just harness 1% of this market, this would put $1 billion dollars into the Basic Attention Token, resulting in an addition of nearly 5 times the tokens current market cap of $200 million. This rise in the tokens market cap would have a positive impact on the price but to what extent is not completely clear. As active users increase so will the amount of BAT in circulation due to the new users fund that the Brave team setup upon token launch. The new users fund is an allocation of 300 million BAT tokens + unsold BAT tokens from the ICO. The trickle in of BAT from this fund would dilute the current token supply so an accurate price estimate would be difficult to provide. But I think it is safe to assume we will see positive price movement with continued user growth preceding advertiser growth. I want to note that on the BAT white paper, they list the token distribution as Brave 13.3% = 200 million BAT. With this math, the max supply of BAT is ~1.5 Billion tokens. With 1.4 Billion tokens already in circulation there is only 100 million tokens left to dilute the market.

There is no denying the fact that the Brave platform and BAT have, and continue to grow at an extremely impressive clip. In my opinion, Brave has positioned itself in such a way that they can (and have) started taking small fractions of the digital advertisements market share as well as taking users from other major platforms such as Google, Safari, Bing, etc. Brave has also showed interest in developing new features including their own VPN services that will be available within the Brave platform. The VPN industry is a $20 billion dollar a year industry that is projected to grow to over $36 billion by 2022. Personally I find the Brave browser rather ingenious and incredibly useful. I have now setup the Brave app on three of my family members phones and a few tablet/laptop devices. Not only do they tell me how they enjoy the ad blocking and tracker blocking features, they all talk about how many tokens they can collect and how much money they earned. BAT is one of, if not the only ‘alternative currencies’ that I think has a real world application but not just that, a real revolutionary application that could change web browsing forever. Too many crypto coins are the result of a quick grab at cash or a rushed startup that had no use case for a crypto coin and in most cases didn't even benefit from blockchain at all. But there are very very few that have presented valid solutions to problems and executed well. One of which being Brave.

Please consider tipping if you enjoyed the article!

My name is Brandon, I am currently pursuing a degree in corporate finance & accounting. I enjoy learning about and studying blockchain/cryptoeconomics in my personal time as well as spending as much time as possible in the beautiful outdoors.

Welcome to my Blog, I primarily write about Bitcoin, Crypto projects, and Decentralized finance. I hope you find my articles informative and thought provoking. Feel free to start a discussion in the comments of any of my posts. 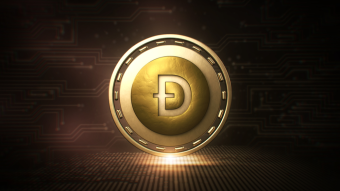 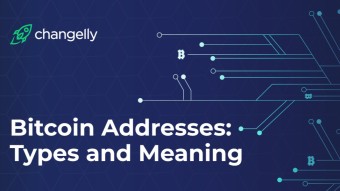 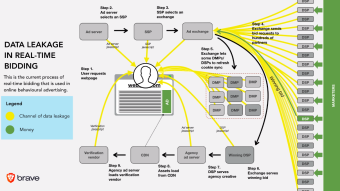