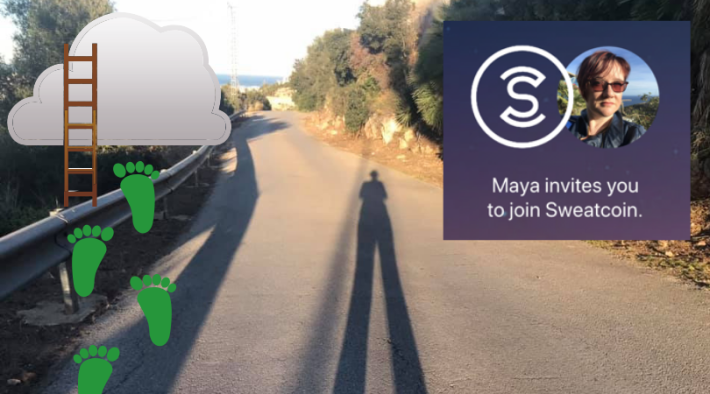 I have always been a bit of a QS geek, curious to track and count various performance metrics. As I am far from being an athletic type by nature, I am well aware of the need to move and exercise a bit more than I do - and equally aware of every shred of motivational psychology I need to get on my side, in order to make this happen.

So I have dabbled with pedometers and similar, since the days in which they used to make a clunking sound with each step, and require physical syncing via a cable (long before IoT was a T, and virtual currencies were the stuff of abstract whitepapers). I still use my Fitbit daily to track all manner of processes, but the one mildly disappointing thing about its behavior is the way it always resets to zero every day. I have been sat watching it at midnight (yes I know, how sad) and seen all the steps disappear! You wake up with nothing on the app except a breakdown of the previous night’s sleep, and all your steps are there to be done all over again.

Of course, walking every day is the whole idea, and healthy habit forming is what matters. But I always felt vaguely frustrated with the inability to maintain some sort of good feeling for long term, or to get any kind of reward other than a smug increase in wellbeing and feeling a little bit fitter, for meeting a daily target.

So, as virtual currencies are another thing I wholly geek out over, I was very pleased to discover the Sweatcoin app - and finally unite these two obsessions into a single motivating force, with the greatest potential yet to cure the chronic case of ‘writers backside’ with which so many of us are afflicted.

Put simply, the app converts your steps - outdoor steps - into ‘Sweatcoins’. These add up continually, and you can spend them in their growing marketplace of fitness and lifestyle-type products. They don’t expire, you can transfer them between users (there’s a secondary marketplace on various social networks for the coins themselves), and you can earn bonuses for viewing ads as well.

Now, Sweatcoins are not cryptocurrency - at least not yet, because a recent AMA with the creators indicated they are working towards this goal, which would create more transparency and exchange potential. Right now, they are not convertible into anything but offers in their store and they have had some criticism for this. But the way I look at it is:

Are there any drawbacks? Well, a few things to take into consideration. It only counts outdoor steps - so no credit for pounding the treadmill or the dance floor, and you inevitably notice some discrepancies with the Fitbit or other trackers. Indeed, the complex algorithms to determine ‘Sweatcoin [eligible] Steps’ are non-transparent and stringent, as they endeavor to create a robust reward mechanism. You need to pay to upgrade the app to higher levels if you walk more than very lightly (BUT you only pay in Sweatcoins, so no big deal), and the app doesn’t work on every phone or in every app store - all you can do is try it and see, whether it’s compatible with your device and location. It also has a noticeable effect on battery, for some phones.

But despite all this, is it worth a shot? In my opinion, definitely yes - because, and this is what matters, you are going to do the walking anyway. Whether you count them and monetize them or not, you’re sweating those steps! So you might as well let them add up.

Network effects matter, because the bigger the Sweatcoin community, the more funds for the development of the blockchain solution, and of course the greater potential to attract good rewards to the marketplace. And yes, that’s a referral link - here it is again: https://www1.sweatco.in/i/maya373022 - they pay a one-off reward for introducing new members.

So, I look forward to seeing you on the inside. 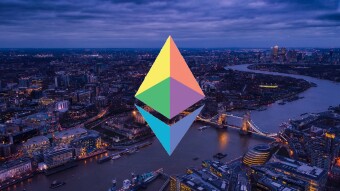