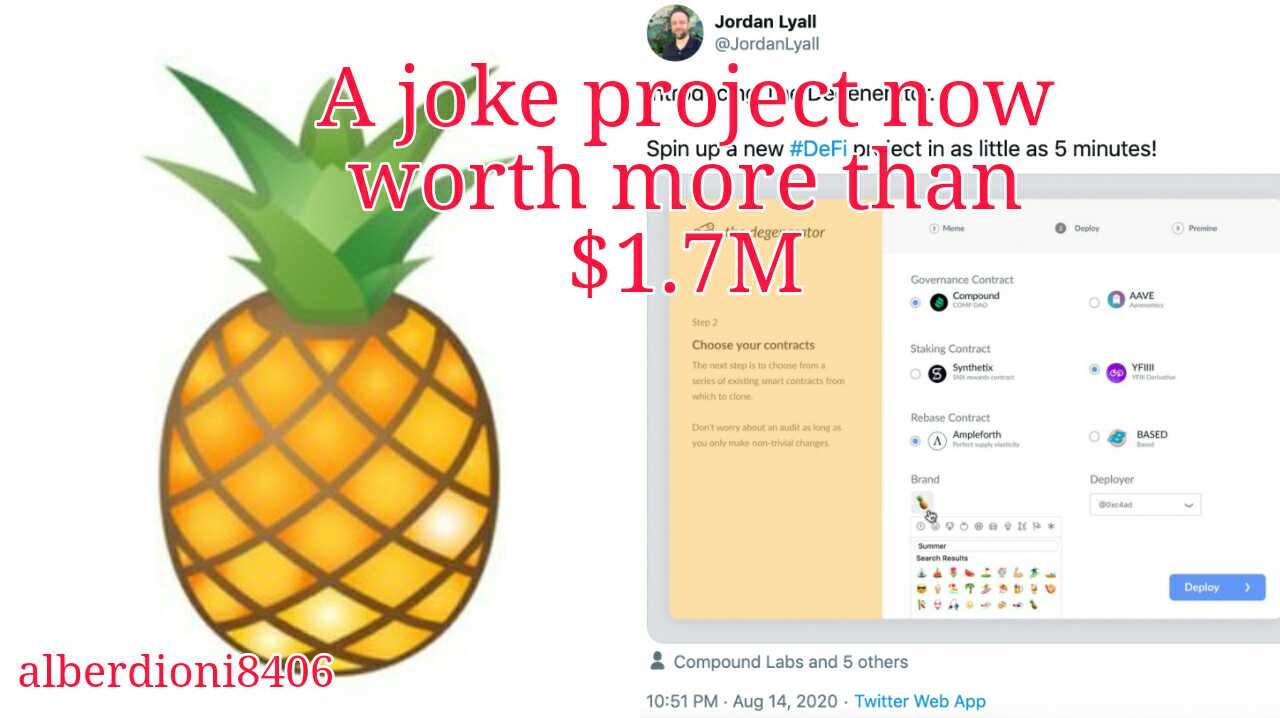 A satire project inspired in Yield farming becomes a millionaire business in just a couple of weeks, the MEME project is now a genuine NFT Farming DAO (decentralized autonomous organization), whom started as an obscure and joke only airdropped to telegram users now worth more than $100 per each coin as can be seen on coingecko.

The world can be said "going crazy" as people continue to bet in projects that aren't suppose to give them back nothing in return, like Meme, at least was that the creator thinked about it, but it turned in a legit NFT Farming protocol with a market cap surrounding around $3M.

MEME is project created as joke, born after being posted in the ConsenSys DeFi leaded by Jonathan Lyall, the joke ad was created using a fictitious tool to clone genuine DeFi protocol dubbed the Generator.

But for the surprise of Lyall, the "joke" received tons of support and engagement on Twitter, with Crypto community get involved with, and that wasn't all, someone just minted a token and called the Gegenerator with a ticker MEME, an listed on Coingecko with a total supply of 28,000 coins and traded on Uniswap and Mooniswap with a price on $100 plus!

The token saw a volume of more than $331,000 total volume on September 3, with a rank on 610 at Coingecko with a market Cap in more than $3M, but the creator still advising to not buy it as its doesn't have a really usecase but the community isnt listening... And they are buying even more to the horror of Jonathan Lyall!

And that's not all! The movement created by the "joke" MEME advertisement brought investors for all crypto space to lock up more than $500,000 just in the last 24 hours as the Farming NFT DAO have been found a new utility, with prominent figures following it such Vitalik Buterin, ChangPeng Zhao CZ, and Dorian Nakamoto.

The MEMEdao protocol now have more than $1.7 million locked up and users who Hodl more than 100 MEME's are now governing the protocol.

Insane...from a Joke meme to a multi-millionaire project! Only on DeFi!