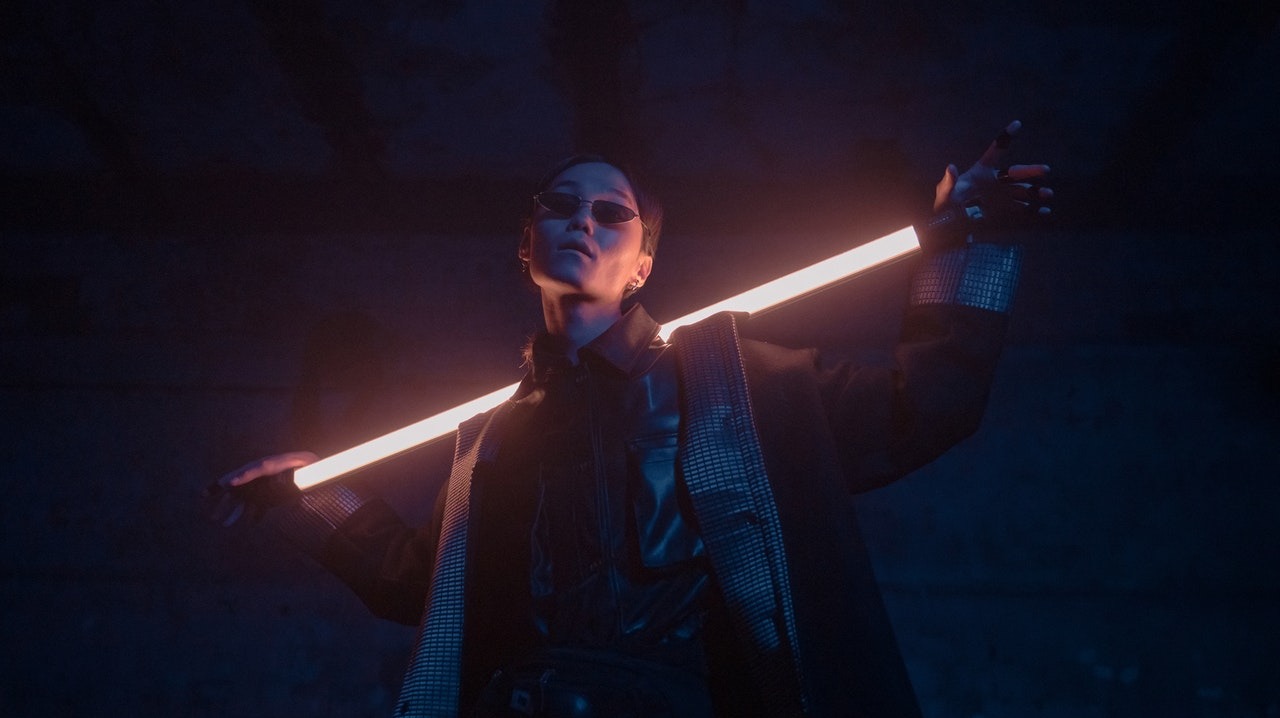 5 DeFi Projects That are Yet to Steal the Show

I am sure that you are aware of the DeFi craze that is in FULL MOTION as you read this post. The numbers that DeFi projects have managed to post are genuinely staggering. There is now a total of $6.34 billion that is locked inside DeFi smart contracts; 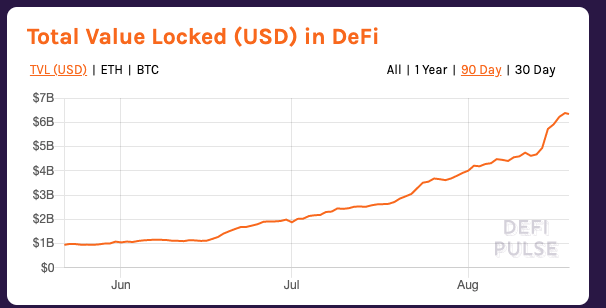 What is even more surprising about this enormous growth is that most of this value came in the past 2-months. In June, the total value of DeFi was just at $1 billion. Since then, the total value has skyrocketed by an additional $5 billion. 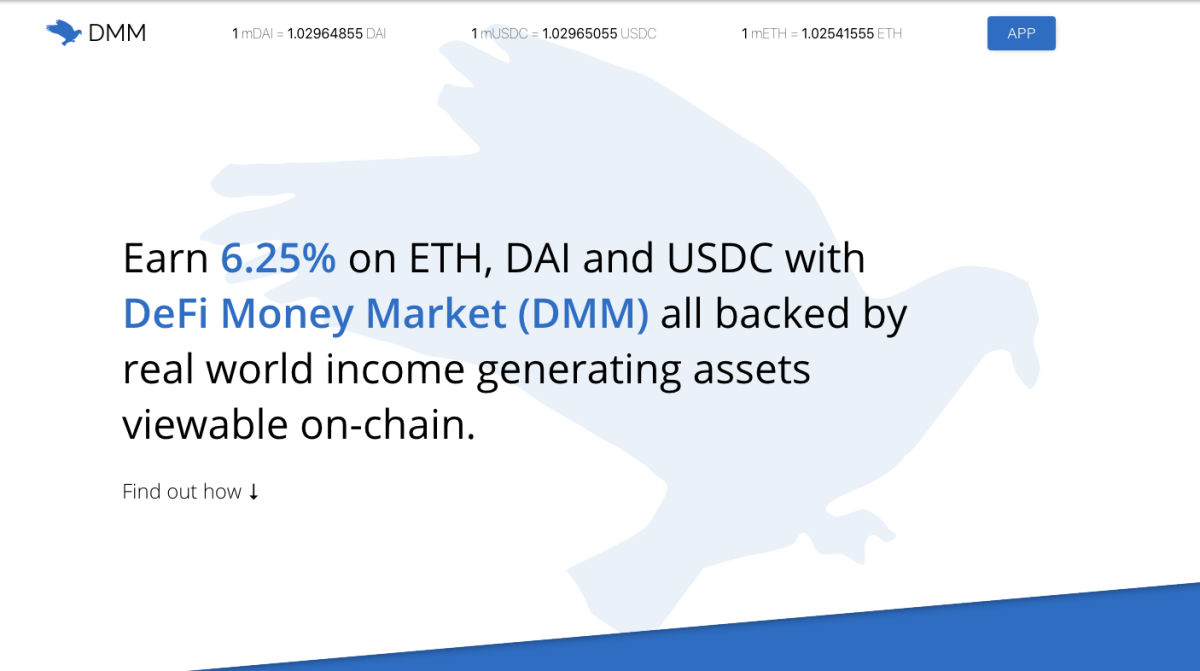 DeFi Money Market (DMM) is a new type of interest-bearing cryptocurrency in which users can receive a stable return.  Users are guaranteed a certain level of interest, currently set at 6.25%, when the deposit ETH, DAI, and USDC in the DMM Smart Contracts. In return, users receive DMM mTokens.
The deposited funds are used to purchase real-world assets, such as vehicles, and this is what provides stable interest returns for investors. All the acquired assets are transparently made available on-chain.

DMM mTokens can be redeemed for the original deposit of ETH, DAI, and USDC. 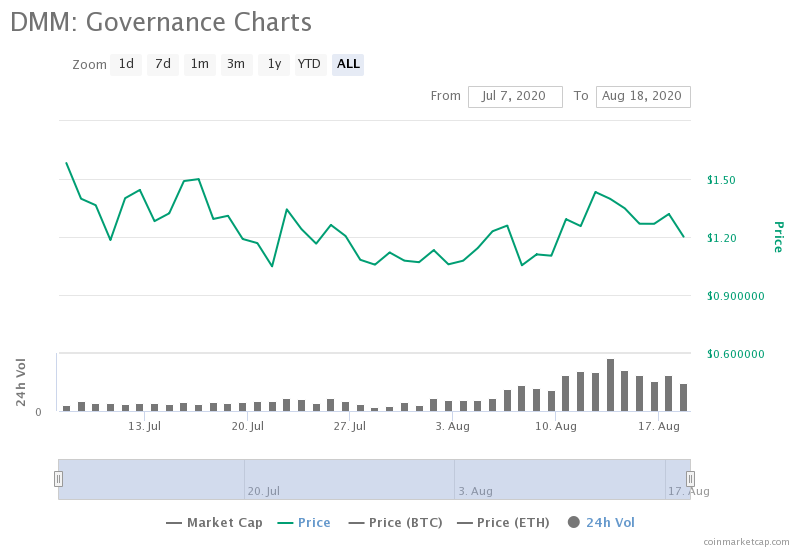 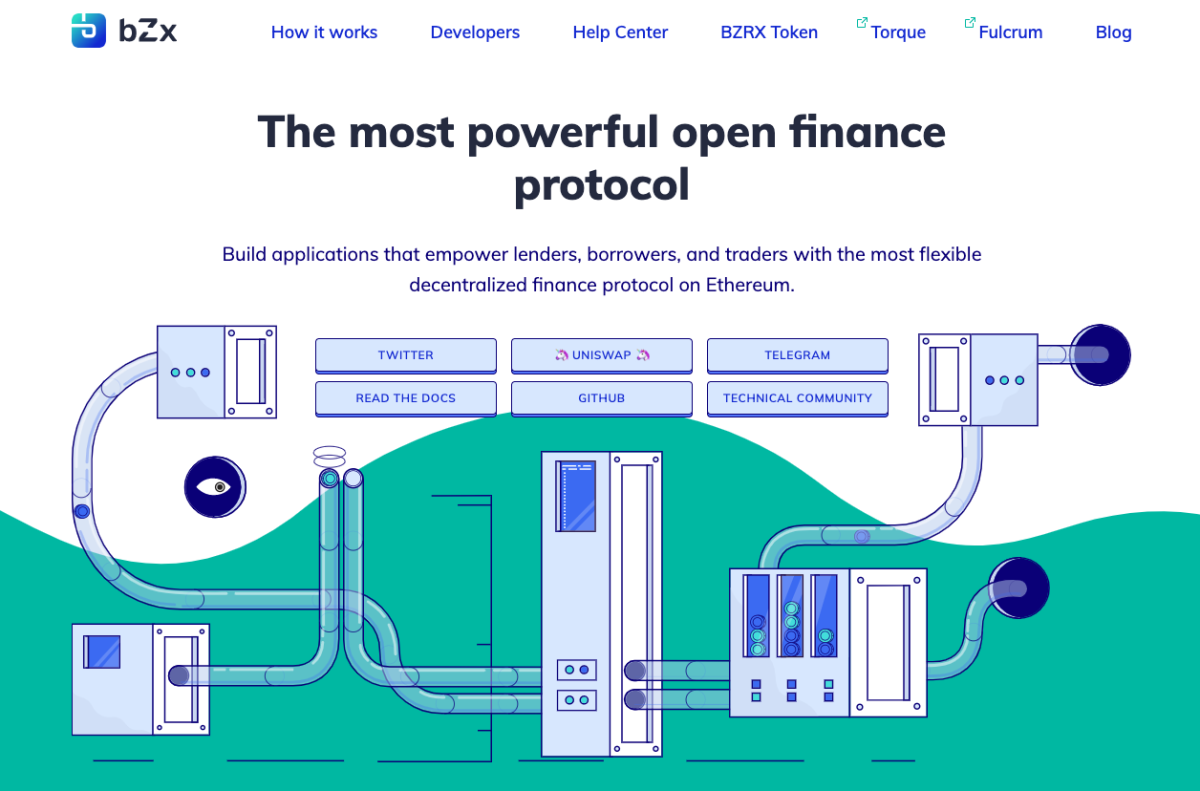 bZx describes itself as an open finance protocol, built on the Etheruem blockchain. It is a DeFi lending platform that allows users to earn interest after depositing cryptocurrency into their smart contracts. At the same time, traders can come and use this liquidity to facilitate margin trading on the platform.

They also have a borrowing arm to their company at torque.loans which allows users to take out cryptocurrency loans from the platform.

The BZRX token itself can be used to pay fees on the platform and is also used for governance voting proposals on the future direction of the platform. 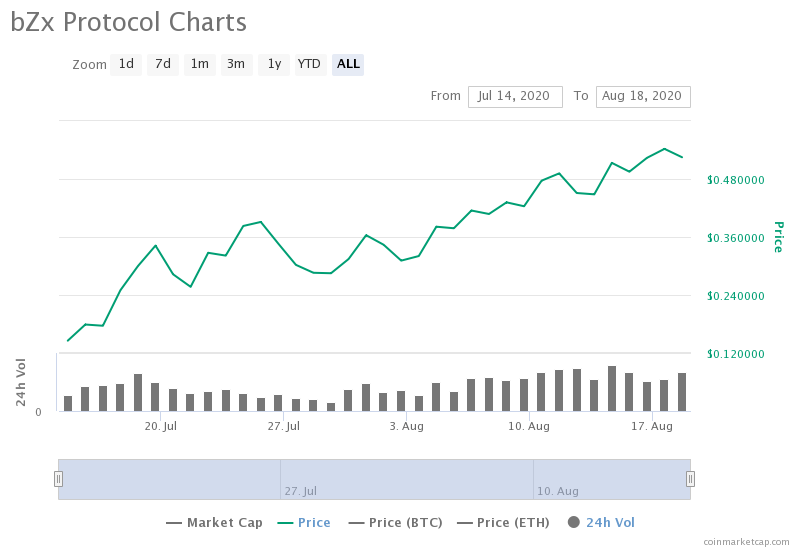 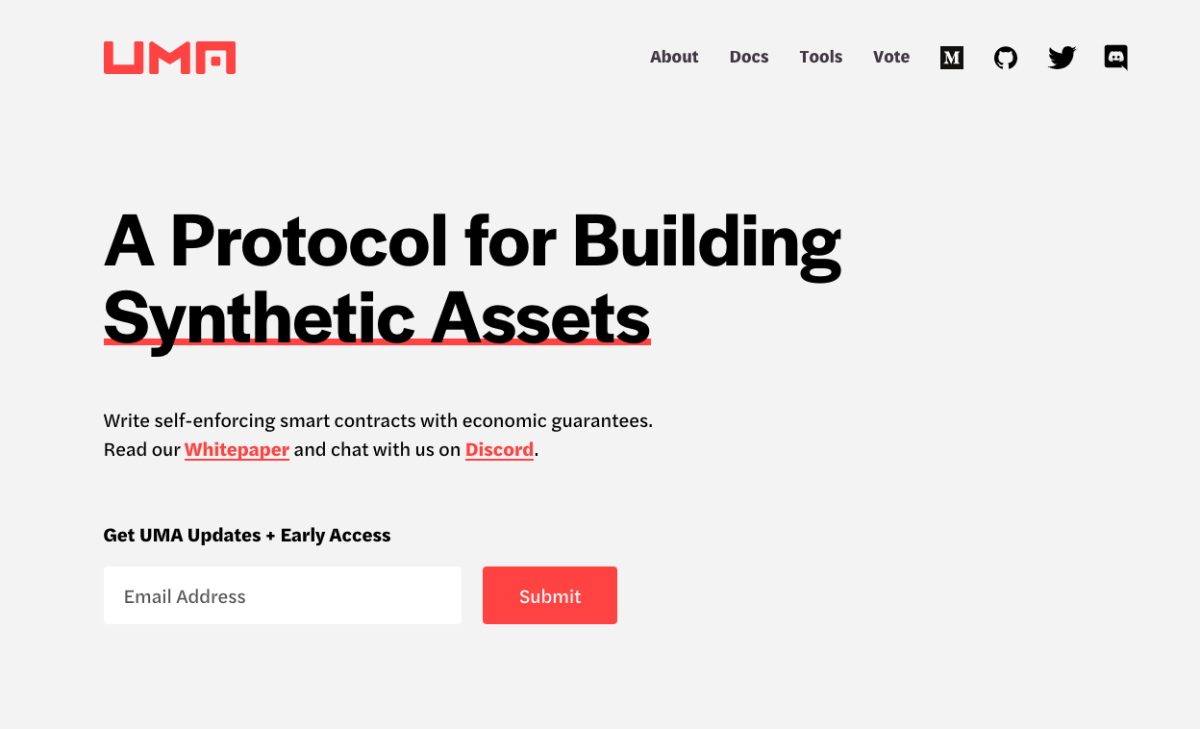 UMA describes itself as a platform for financial innovation. The platform allows users to create Synthetic Assets in which financial contracts can be created with automatic enforcement protocols. Both parties are required to deposit a margin of 10% into the created smart contract which acts as a financial incentive to prevent them from misbehaving.

The UMA platform has its own oracle service that tracks off-chain data and brings it on-chain to be used as a reference in the smart contract.

After the time limit of the financial contract has expired, the funds are settled instantly according to the terms agreed in the contract. 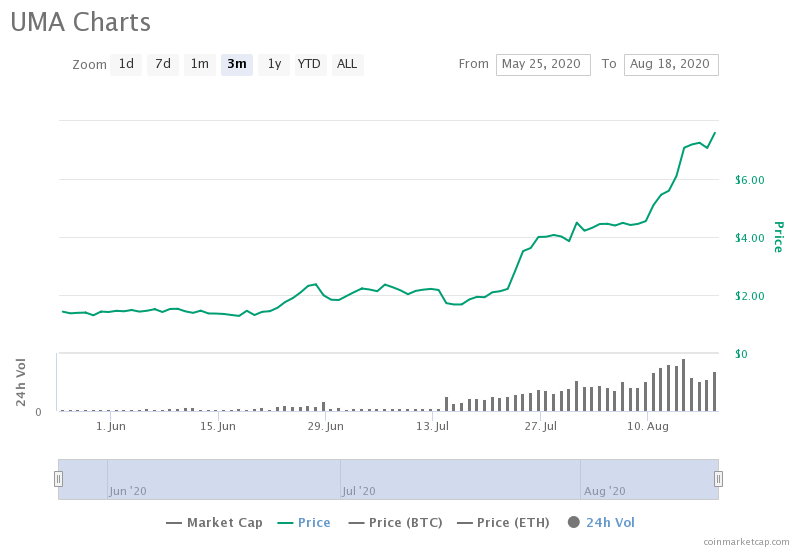 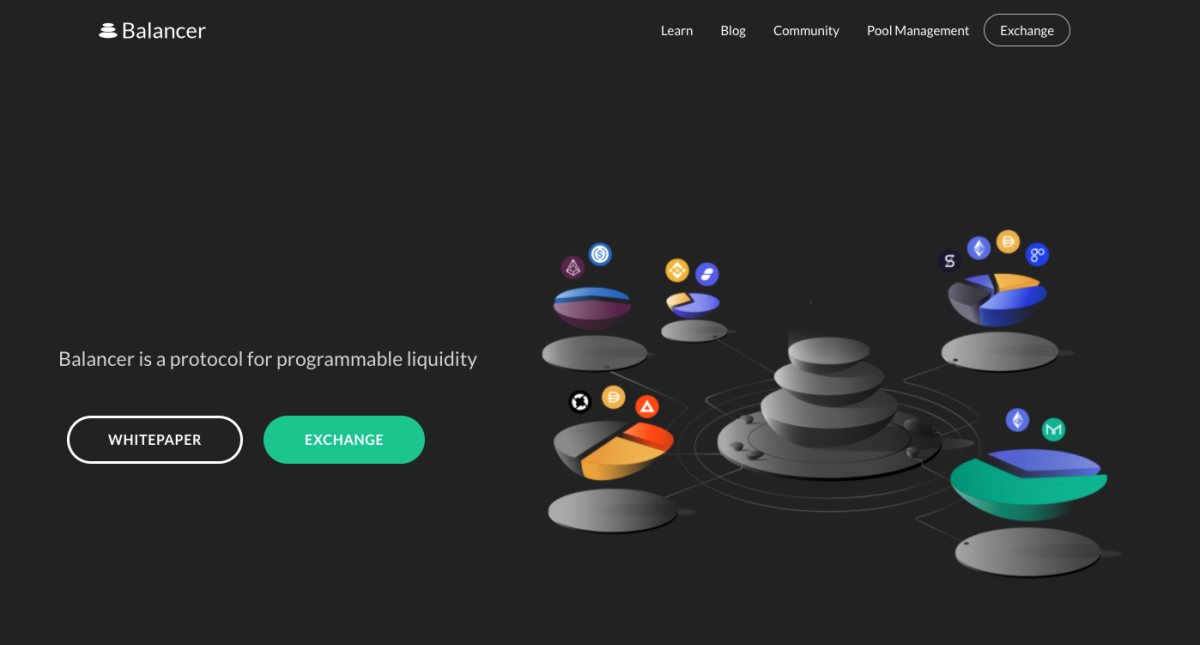 Balancer considers itself a protocol for programmable liquidity or in other words it's an Automated Market Maker (AMM). It allows users to create baskets of currencies that are based on weighted percentages. The protocol will make trades between the cryptocurrencies within the bucket to maintain the assigned weighted rates.

Users that put cryptocurrency inside any basked of currencies on Balancer (also known as pools) are known as liquidity providers. Their provision allows other users to quickly come and conduct decentralized swaps between cryptocurrencies on the platform. 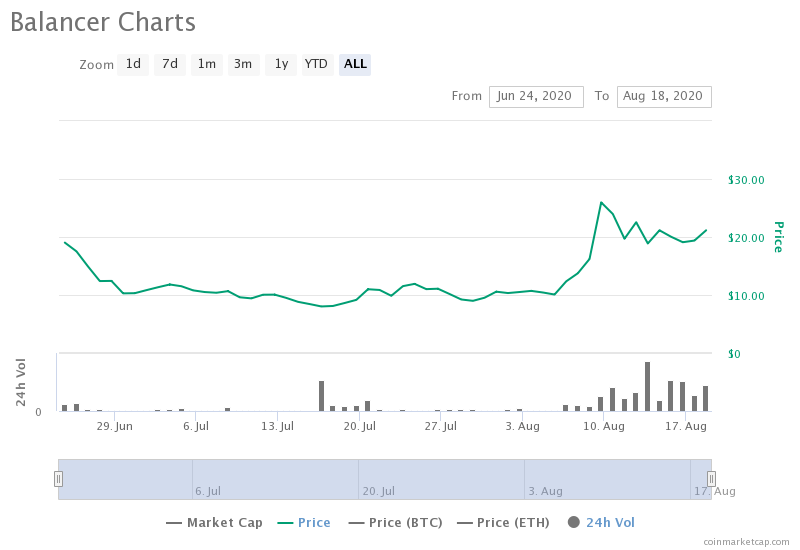 Thorchain is described as a decentralized liquidity market that facilitates cross-chain liquidity pools. It allows for cross-chain swaps on their network and provides an incentive to users to borrow and lend from the platform. The cross-chain exchanges occur through a bridge designed by Thorchain, known as the Bifröst protocol.

The unique aspect of Thorchain among other DeFi players is that it is blockchain agnostic, which means that its functionalities are not limited to just Ethereum. 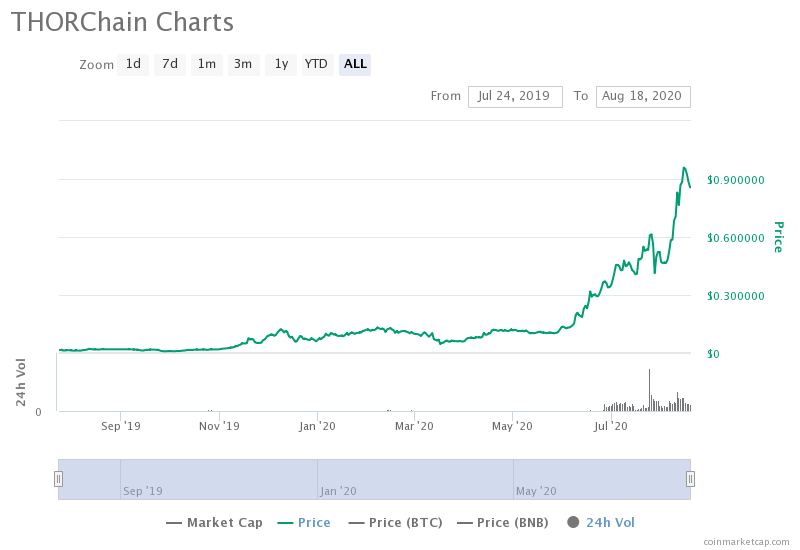