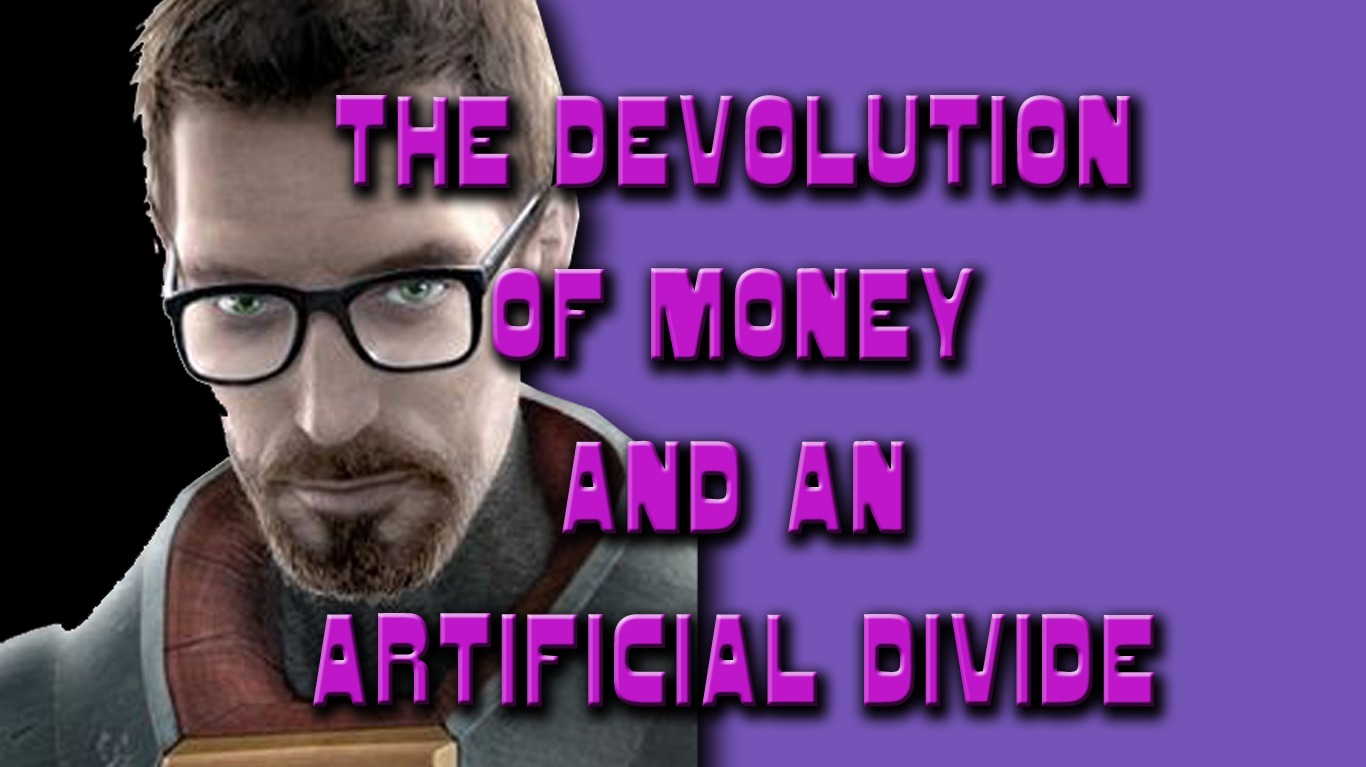 Who Would've Thought The Gap Between New and OG Could Come So Quickly?

There are few things shorter than the attention span of a Gen-Z'er.

In fact, it's hard to even know what labels we're putting on these things anymore.

It's not really a millennial, but it is. It's not really a boomer either, but these classifications are coming to define a divide at the pace of social media trends that are here today, gone tonight.

I'm going to be the first to call out a trend that is being well-designed and it is classic "divide and conquer" technique. I've been writing about it for almost 3 weeks now, which places me ahead of the curve, and that is sad considering we're talking the same month since all the new drama began.

Suddenly a post-Gamestop-a-pocalypse exists between kids that find it kewl to get rekt and tweet about it, and people who have been building, investing in, raising funds for, day trading and researching the cryptocurrency field for years.

I can see the divide and the reasons for it, but it fails to resist the same ironies that play people into camps like politics. The far left hates the far right and vice versa, but half the time when they meet in person they have no clue so many things divide them.

"OK Boomer" has become a classic insult of dismissive childish Holden Caulfield-like angst from a generation raised on the meme. Quicker than you can say "Karen" the witticisms abound and I appreciate the intelligent and comical that rise to the top.

But, isn't it amazing that something now headed towards 12 years, the Bitcoin, can be reclassified as old school Boomer-status simply because of the picture of the dog? But, I've studied this a while, and thus understand what the master manipulator E.M.  is doing.

You may think it is misguided. It may be. But Mark Cuban, before he turns into one of those apples that people carve into a scary doll, is doing the same thing, and in a dive to remain relevant before the elite choose to live long enough to live forever, the Boomer-Plus Billionaires are exercising their right to stir up the kids with their wacky tobacky and noisey Jazz albums. For everyone under 30, equate that to post-EDM playlists and grumpy old men.

Bitcoin is the standard, Litecoin is a lighter, some say better, for now certainly cheaper transacting version of the same purist model, and ETH is still defining its space via 2.0 into a world supercomputer coin. But, none of them are cryptokitties, swords or dogs, and that is the divide. Money doesn't mean money anymore. This is surely the generation to permanently reject checking accounts and eventually cash all together. Soon, they will likely be the generation to trade in the smart phones for 100% built-in human-as-source-technology, and then we will be both blue tooth and wireless. China citizens have already gotten a taste for it, and it is not a fun feeling to discover you can't unplug from the web inside your own body.

But I (sorta) digress.

As a person who is not under 30, I've been around long enough to be involved in 3D programming when it was just first feasible on a PC, and I remember the change that Half Life made on the future of gaming, and again when Valve spent millions to design the source engine to change the world of gaming again. Now it will be more advanced AI and VR, and I imagine direct brain connects removing the restrictions of view-ware all together is next. I enjoy technology, and in many ways thrive on it. But, I am both relevant and generational. Allow me to be the first, at least from my sphere of what I read, to announce the divide being constructed by the very people who are supposed to be the 'other guys'. The young meme world of money and where it is headed, the easy ways to 'democratize' the youthful masses into the 'Brave New World' of being led around by the chin with their devices, going 'all in' on pictures of things and supporting digital talent. Meanwhile, the governments are the true old guard, and not the kewl OG kind.

The old school is legacy, and meme's are the transition to what comes next. Built-in organic source of the IoT... no more off the grid, but packaged in fun social media friendly candy. Let's hope this generation still wants to learn some lessons from their elders... like brush the proverbial teeth.

Banks hooked to Bitcoin, ETH, LTC and BCH is in the process of happening. Some will solicit and win Doge as well, but the thing is, the Shiba comes next before there is authorization, and by the time 'they' add Shiba, it is Oh So last night and it's time for Safemoon, Dangerous Mars and Outsider Risky Jupiter. The list won't ever end of what the next flavor will be, and the next always outshines the prior.

The divide is here, and when China does step in, the young will be in the proper mental faculty to pick up a mandated Mandarin, thus pictures and learn-by-site language will come easily for them. But, if you look at the thought leaders who truly embrace the freedoms that are best for ALL generations, from their grandparents to their kid's kids, they are still rather interested in the HOW mechanics of all of this, still too young to assume they have already passed on, left behind by a perdy cute dawg already abandoned by its owner, to be picked up by the master-manipulators-of-the-universe.

It's okay. Most people, including the old guard, are being taken in by the attention as well. Very few truly understand the divide of generations, the conquer and divide so generationally mastered by the banker puppeteers. But, I warn, it is a risky time to abandon the ye olde rites of learning from one's elders, and sayings tend to become sayings for a reason; because they hold a hint of truth. "Youth is wasted on the young" is such a perfect sentence. It will never stop being true, and will only be appreciated by those too old to relive their past.

The future is here, but it is still coming, and will take a while longer to arrive. Embrace the culture of now whilst not abandoning the sophistications of yesterday. You will in fact want to have skills beyond your current level. Coders who were geniuses when the cool thing had just become hacking, are aging out of their niche, but they are still the ones with the knowledge needed to protect a network.

I hope that the crypto-space whole, will outlast the attempts of its arch-nemesis governments, outpace the greed and pomp of billionaire Dorian Grays who are attaching themselves to the kiddie kewl factor bubble gum products of the now. Blink, and it will be a vapor, but meanwhile, you will be growing into completely self-cybernated cities, paying credits from your built-in tech, and someone just a few years younger will be whispering and giggling to their friends behind your backs, pointing at you, among the ancient ones who once embraced the dog.

That's life. That's how it works. But, when I see how easily manipulated people truly are, that they grab a narrative as fast as the punt and run down the yards for a goal before looking to see what game they are even playing... and all the while I see that they are still unaware they are the one's being played.

We are ALL in THIS together... No, not the stupid idiotic plandemic wear a mask for the rest of your life crap bestowed on us by stars and idols. The crypto community duy! If you're old, young, new, well-versed, a developer, a node-runner, a wallet-protector, a QR-Code wielding professional gamer, or a square with a 9-5, 2 kids and a mortgage, we... WE are all in this together. Fat, thin, Asian or American, tall, short, smart, not-so-smart, educated by ivy league or the school of hard knocks, we've ALL made it here somehow. Be proud, embrace the community, even the ones that tick you off, or tiktok you to nauseum. Get in the conversations, get to thinking, get to considering the world YOU want to play a role in. Don't just be led around the ears by someone else's talking points. Digest them. Study them. Learn. Agree and disagree!

We... are in this. Some might say whether we like it or not. Let's not make this an us-them-maxi, old, young, smart dumb divide that helps spin the wealth to the top every single time.

Wise up kids, what comes next is largely gonna be on you. Prove you can do better than those who came before.

And on that note, a cranky old (not really all that old) crypto Gordon Freeman reaching for his arthritis cream to finish... typing... for now... out.