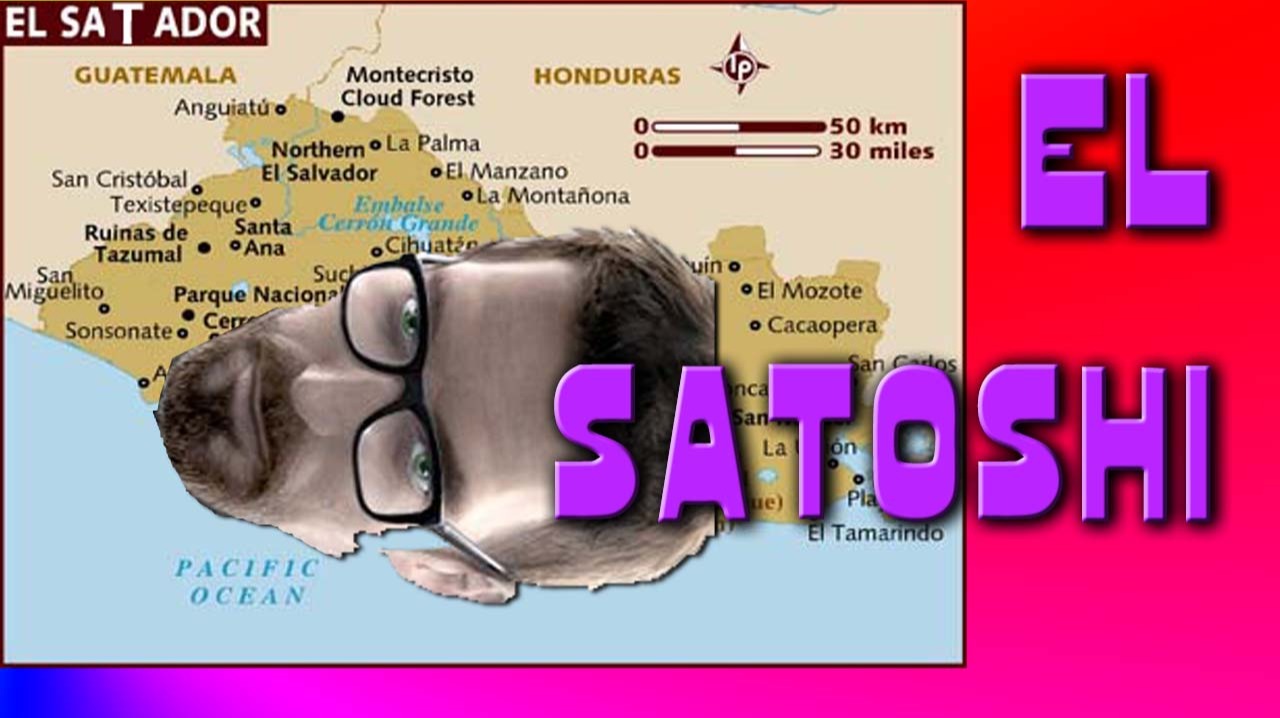 For those who don't know, the International Monetary Fund is one of the stronger banker-crook arms of the United Nations. It is essentially an international back-alley lender to nations that cannot afford to be lent to, often behind the economic curve because of the careless corruption of governments.

What better way to serve the people than to give free money to the worst governments of the world in exchange for access to the bank accounts of the poor citizens who desperately need government incentives that are never going to come their way.

The IMF could be described as an international cartel that trades favors for dirty money, in the name of equity and social justice. I could go on 10,000 words about my deeper knowledge of their gross negligence in lending practices, but I'd prefer Bitcoin to be the hero of the story, so no origin story on the IMF this time; sorry.

As most probably are aware, El Salvador's President Bukele is a Bitcoin Twitter pleb and it's weird, but hilarious, a little unnerving, and also did I mention hilarious. At last year's Bitcoin Conference, Bukele announced, via Jack Mallers and their Lightning L2 solutions, that he was proposing a bill to make Bitcoin legal tender for El Salvador, along with the government's app making instant settlement cross-border payments for all ElSal citizens.

There was a massive Biden-rally-sized citizen's protest against Bitcoin legal tender, mostly made up of the IMF's paid shill reporters flown in and at least 3 verified citizens that figured someone needed to hold up the protest signs- lol, but for the most part it's been huge. If Bukele does end up being a 'bribe them for a year then show your true colors' dictator it will be a shame, but thus far, one has to enjoy the show. The IMF and economic rating agencies warned Bukele not to make this move, so what does he do? He jumps right in and turns a volcano into a steam-generated renewable energy Bitcoin mining supercenter, that's what.

So, when the IMF urged him to stop, I immediately thought of the Monty Python sketch of an English Bobby chasing the criminal, blowing his whistle while yelling "STOP! Or else, I'll say stop again!!!". Yeah, it's exactly the same thing.

Bukele responded to ?Moody warning a downgrade in ElSals' international credit, with a Twitter post "El Sal don't give a ..." with a hand gesture meme, followed by the announcement that El Sal purchased 410 more Bitcoin: "El Sal bought the dip" and a meme of himself wearing a Tahini's worker's cap; the ultimate self-indulgent 'applying to McD's when the market's down' insider high five that's starting to make Bukele appear like the biggest diamond-handed OG pleb this side of Saylor U.

The truth is, (now, the serious-faced part) the IMF is looking absolutely foolish to feign concern or caution at the volatile nature of Bitcoin as it could affect the well-being of the ElSal people. Programmed indebtedness has never served the citizen of a corrupt government well... ever. Why should we believe them today or tomorrow? Their record of funding financial abuse is epic, and one can only imagine the back-room international bankers chuckling in their palms while injecting the blood of tiny babies while horns grow out of their skulls- lol. Okay that may be a little too overt and over the top. But, did I mention Bukele makes magical internet money with volcanoes? I mean, there needs to be a formidable villain here.

Yes, the ilk of WEF "you'll own nothing and be happy" and using Sesame Street to drain the brains of kids with their favorite muppets citing "the Great Reset" as if it isn't the very definition of Marxist propaganda to minors and the IMF's tear-jerking worries over the well-being of ElSals deserves as much mocking as one can muster. So, consider me musterful until I am fully mustered- lol. No condiment jokes necessary due to spelling limitations :-)

Yeah, I just wanted to use the time and this here little platform here to stick it to the man, also known as the IMF, as one could say the International Mother Funders, and as always, hoping Bukele is transparent and acting for the betterment of his country. If not, the long con is well underway, and it is a story of the bad guys vs. the other bad guys. For now, let's enjoy the drama as we sit on the sidelines waiting to see who's going to over-manipulate the market next.

And on that jazzed-up rant of IMF proportions, or Internationally Monumentally Funny...

for now... Crypto Gordon Freeman... out.