My thoughts on the current state of Bitcoin & where it stands. 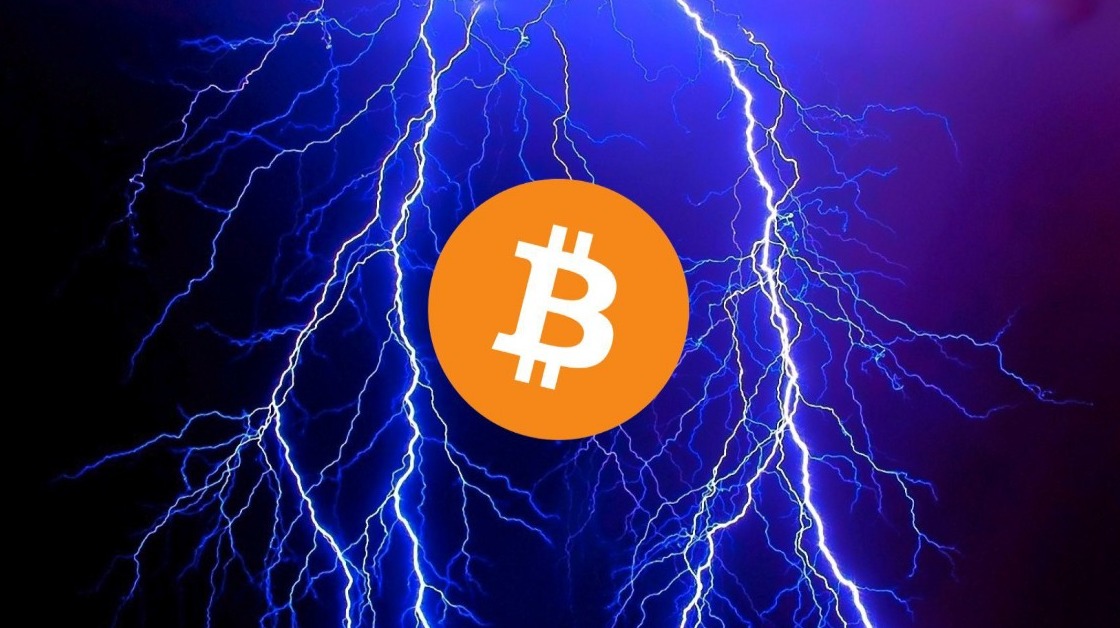 My thoughts on the current state of Bitcoin & where it stands.

Irrespective of price,  I'm completely amazed how far Bitcoin has come in the last couple of years. It's metrics on all fronts have exponentially sky-rocketed; liquidity, volume, infrastructure, developers, brand awareness, overall confidence, use case, hash-rate, transactions...list seriously goes on and on. For me, I personally believe the most impressive innovation to watch unfold is the Lightning Network. It tends to receive a decent amount of FUD (Fear Uncertainty Doubt) & negativity, however if you actually use it & follow the developers building on it, I think your confidence levels with significantly increase. It has the potential to make Bitcoin mainstream for everyone on this planet, with unfairly cheap transactions, at lightning speed, with complete privacy. Note: A lot of alt-coins will market this promise however Bitcoin has the most resilient and secure base layer to transact on. Blockchains by design cannot scale & remain truly decentralized. This is a massive trade off which is commonly misunderstood. Lightning is a second layer solution anchored to the base layer, harnessing the best security. Lightning works & should not be ignored, yes it's still early days with many improvements to come. The internet went though the exact same teething & growth stages.

Given the current overall market sentiment, I truly believe a massive turning point is on the horizon. In the past, the largest companies & corporations would consistently portray Bitcoin in a negative light. I believe we are well past the denial stage for a lot of major players. We are now in a period of acceptance. Some of the top CEO's (Twitter, Tesla/SpaceX, PayPal, GP Morgan to name a few) in the world are now talking positively about Bitcoin & negatively about Fiat currencies, some of the Largest banks are buying it & some are even mining it. Countries are beginning to mine it, some believe a global Bitcoin 'hash war' has already begun. People are beginning to understand Bitcoin's built-in Game Theory incentive. Big money & political power is starting to recognize this too, you only have to read between the lines.

Surprise surprise, President Trump is not an advocate. During the middle of last year he called Bitcoin & crypto-currencies a scam (which is laughable considering how much money the US fed printed just this year alone), this year he has ordered his team to do everything it takes to ensure it does not succeed - Good luck LOL. It makes a lot of sense why he appears to feel threatened by it, the US dollar is still considered the global currency. If you control the money & it's supply, you have a lot of power. Bitcoin does not compete with PayPal & Visa (Lightning Network does). It competes with Central Banks & Fiat currencies. Bitcoin does not make the US dollar powerless directly, however it gives every person on this planet an option. It puts every person on a level playing field to equally prosper. In my opinion, it will eventually become a necessity to buy Bitcoin or lose your life savings through hyperinflation. Originally gold was globally seen as a hedge to monetary collapse, however it's becoming more & more obvious Bitcoin will begin to take & eventually overtake it's market share. Let's be honest, in a digital world operating on the internet, Bitcoin just makes sense. Gold is pretty & has a few practical use cases, but if you properly do your research you'll discover Bitcoin has every benefit over gold. Just the other day China discovered up to 4% of their gold reserves could be fake. You simply cannot fake Bitcoin or create more of it outside of the fixed 21 million supply.

Following the Global Financial Crisis in 2008 & the birth of Bitcoin in 2009, traditional markets have simply been artificially inflated with printed money to prop-up the economy & to make it appear healthy again. Come 2020 & a global pandemic, we are now witnessing 2008 playing out again, this time on a much more detrimental level. Last time the printed money was mostly kept out of the citizen's hands, preventing it from being realized into the economy & creating hyperinflation. Money printed now is not just in the form of Quantitative Easing & Corporate Bailouts. Stimulus packages are becoming the norm in a lot of countries. COVID-19 was merely a catalyst to this trend. The cracks are beginning to show & the average person has no clue. These stimulus packages are at the cost of the tax payers & the value of the dollar. Whether governments have the best intentions or not, these stimulus packages are being marketed as life boats, but in fact will cause a massive devaluation of your savings & eventually will most likely send interest rates in the opposite direction. On top of this, taxes continue to rise. This has kick-started an entire movement on social media. If governments & central banks can just print the money as they please to fix problems & give their rich corporate buddies free money, #WhyPayTaxes?

Bitcoin fixes major world issues, by preserving individual's wealth & sovereignty. You are the bank, no one can freeze your transactions. Every person on this planet is now able to download a wallet (formally known as opening a bank account), without anyone's permission & have the power of a government & central bank. In a world filled with power hungry corruption & greed, Bitcoin matters. It has already begun banking the unbanked. Bitcoin is inevitable & on an unstoppable path of mass adoption. Governments can try to regulate it, however will only penalize themselves and their citizens as other smarter countries now have more of an incentive to join - Game Theory. If it is over-regulated & over-taxed or even taxed at all, it will only prevent/slow adoption in that country, which I believe will just allow other countries who embrace it, to only flourish & prosper. The silly thing about over-regulating it & taxing it; it's like putting up a gate without a fence. As long as the internet is online & the world has electricity, Bitcoin is unstoppable. Let's be honest - the internet is going to stay somewhat connected absolute worse case scenario. If it doesn't, we have bigger fish to fry, like the survival of humanity.

Bitcoin is currently fairly easy to audit if you KYC (Know Your Customer - Provide identity i.e passport) from an exchange & then transfer your funds to & from the one Bitcoin address. After this address, how does anyone truly prove how or why you've spent your coins? - Exactly. Recently privacy implementations & tools (TOR, Lightning, Coinjoin, MimbleWimble etc) are becoming easier to use, making it harder to prove the human identity of transactions, allowing users to have much more plausible deniability. In my opinion, why bother to regulate & tax when its only going to disadvantage an entire country, but I don't make the rules. One of the main reasons I'm extremely bullish on Bitcoin is because cash is primarily used to evade taxes. Bitcoin is Gold 2.0 & Bitcoin on Lightning is Cash 2.0, so I believe it will become the next best alternative. Governments are pushing for digital currencies & want all physical cash destroyed so they can easily audit you. Truth is Bitcoin is better & they'll never compete, but I think they're are going to have to fail in order to see this. When a digital dollar comes into play, its quite scary how much more power your government has over you - your ID will be linked to your money!! I believe Bitcoin is a social movement that is much stronger than any government & will take effect sooner than what people think - "Slowly, then all at once". One more bull cycle in the market could be all it takes to get people waking up - crazy price action is the best form of marketing in my opinion. The internet is a powerful tool to broadcast information, the majority of people are broke & sick of paying ridiculous taxes these days, however they aren't even seeing the full picture yet. Inflation is an extra hidden tax, thieving from us all & making the financial elite richer. We didn't even give permission, imagine the anger when this is common knowledge. Imagine how much stronger the #WhyPayTaxes movement becomes.

So taking all the above into consideration. Here are some extra bullish reasons why you'd be absolutely mad to not buy & HODL Bitcoin right now:

-2020 Halving took place in May, Bitcoin now matches the inflation rate of gold - may the hardest money win! It now costs twice as much to create 1 Bitcoin, yet the hash-rate continues to rise again. This is mostly due to a genius design in the code called the Difficulty Adjustment - another example of Game Theory. As well as the majority of miners understanding why the long HODL is important. The miner death spiral narrative is pure FUD in the hopes to crash the price & get your coins cheap.

-Bitcoin has been holding an average price of around $7k USD the last couple of years. The fact its still holding up, should tell you that it's here to stay. I think $20k is the true psychological barrier though, which once broken, will start turning heads again & really ignite another hype cycle! To me it really looks as if the bears are becoming exhausted - we're running out of sellers. If you're in for the long HODL I'm almost certain at this point you've already won, it's merely down to patience, to wait for the masses to catch on to the insane value.

-There is less Bitcoin available on exchanges as time goes on, Bitcoin addresses are HODLing more & moving less frequently. The true scarcity of Bitcoin when the entire world tries to all buy in at once is probably my #1 bullish reason to HODL.

Lastly, the single smartest way to buy in is to DCA (Dollar Cost Average) - for instance $10/wk. Bitcoin is volatile, so generally speaking it's best you buy in at an average price. Yes alts can be very attractive & may make you huge short-term gains, Bitcoin is still the best performing long-term. Ethereum & DeFi is the future you say, all I'll say is - invest with caution. There's a reason Bitcoin is the most resilient, it's a hardened street rat. Ethereum has many more attack vectors with a much weaker monetary policy - Please do you own research. 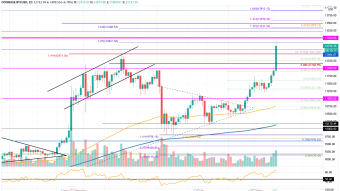