Chivo is a government-sponsored bank account/wallet.

The application Chivo wallet, the El Salvador government, created, is now available for citizens who live outside the country.

I was able to sign up for the service and also got the thirty dollars welcome bonus, which it's money that you can only spend. You cannot withdraw it to chain or Lightning Network. That welcome bonus is so that you can spend it with actual vendors or citizens with the same application.

But you can spend your welcome with merchants and everyone else that you want to pay in the nation and abroad, so pretty much Salvadorians can now trade between themselves even if in another country. I guess Chivo wallet will bring fellow citizens together in commerce as long as all parties involved are willing to accept it as payment here in the United States or any other country.

In the wallet, you will be able to receive Lightning network payments as well as on-chain payments. Not only that, but you will also be able to withdraw on both Networks. The only exception to this will be the welcome bonus. You can only spend your welcome bonus or give it to another Chivo user.

Chivo seems to be working fine as any other custodian should work. You are still relying on the custodian, on which you don't control your private keys, and the government does it for you. Not only do you do all transactions, but the government will also know about it and see all your transactions in detail because they are behind a wallet they control. So that means that you will not have privacy. If you are a vendor and you say to the government that you only sold one dollar, you sold $100. The government will know that. So when it comes to paying in taxes, she will be an excellent way to make sure that the citizens are paying the real taxes and not just a partial amount.

Now, Salvadorians will not be obligated to use only Chivo, but if you want to receive Bitcoin and exchange it for dollars, you will have to use the Chivo wallet. Exchanging dollars for Bitcoin in El Salvador is not an easy task right now. Still, Chivo becomes much easier because you can exchange inside the application fast and without fees. Still, if you are a vendor, the government will know if you are dishonest about your tax liability. As long as you are willing to keep Bitcoin, you can use other wallets, but if you want to exchange into Dollars, you will have to use Chivo especially if you're going to use their ATMs, you will have to be on their systems that means you will lose privacy for convenience. A merchant will be obligated to get Bitcoin from you, but he will not be compelled to keep it in Bitcoin.

And that's another point on privacy that even if you receive Bitcoin, eventually you will have to exchange into USD dollars just because it's the currency of the world right now. That doesn't mean that it will continue to be like that forever. But right now, the dollar is the King.

The wallet could create many issues with the current banking system in El Salvador because Banks didn't receive cables on how this application was going to work just before its launch. So banks are going to have a hard time right now trying to implement this to their users. But this will change in the future because Banks eventually will adapt to it.

Salvadorians living outside El Salvador will be able to reload their wallets with debit or credit cards. You will be able to load dollars and send dollars through the application, and you will not be liable for capital gain taxes because you are buying dollars inside the application and not Bitcoin. If you decide to reload your account with dollars, you will only be sending dollars, not Bitcoin, so you will not have to pay any capital gain taxes. And if you buy Bitcoin with it, the United States doesn't need to know about it. But users must recharge dollars, not Bitcoin, for this loophole to work. And only buy Bitcoin once dollars are in the application. Not financial advice. It would work great for those who can travel to El Salvador because they can reload dollars, keep it in dollars and only buy Bitcoin once they are in El Salvador. That way, they are not accepting Bitcoin on American soil and are not liable for any capital gain taxes.

As long as Salvadorians use other wallets besides the government's one, people will have privacy. It will prevent the government from printing Bitcoin or using fractional reserve practices on Bitcoin.

Even when Bitcoin is a peer-to-peer currency by law, it is still a problem because people in El Salvador only earn $10 a day, and lightning network channels need at least two hundred dollars in liquidity to open a channel. So a lot of people in El Salvador will be forced to use only custodians.

But that's okay because we are going to the Moon. 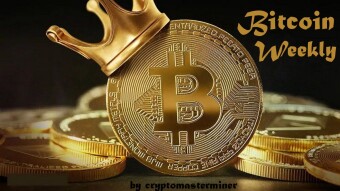 Where does your strength of conviction come from? 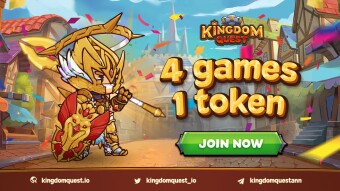