Why Doge investment is a risk?

Doge got a decent pump in the last few weeks and nobody knows what was the reason. This made a few people think if they should be investing in Doge or not. Some of my friends even decided to invest a little and let it sleep in the wallet. But I personally consider Doge as gambling than an investment.

One of the biggest advantages that Doge has is that it is being pumped by Elon musk. Do you think Doge will be accepted as a currency to purchase Tesla? If you think there is a possibility then you should go for it. But it is most unlikely that people who talk a lot about Doge are mostly doing the pump and the dumped game. Not only now but it has happened in the past as well. 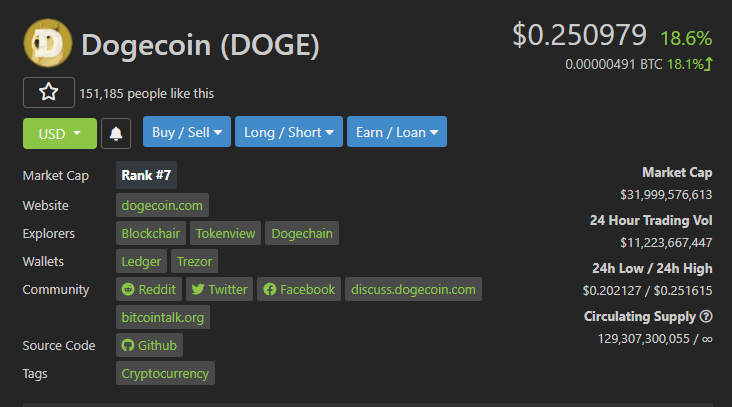 One fine day Elon will talk something about Doge or BTC for that matter and it will start pumping. Small fish will get caught in this trap and lose some money. People get into it by investing a small amount of money thinking that it is not going to be a big deal even if they lose it, but at the end of the day on a large scale that will be huge money to feed some large whale. That's how gambling works. Not just doge but it happens with many small tokens.

People who usually go to the crypto market with a small value of money that they are even willing to lose are the people who are keeping this market alive, they don't care if they lose that small money but in the big picture, thousands of small losers make a big investor grab a full bag of profit.

Let's get straight to the point now. I would like to highlight some of the points that I gave me the perspective that Doge investment is a risk.

These are some of the facts that come to my mind when I think about investing in Doge. Then later I think it will be a risky investment. I might get my bags filled with Doge a little bit in the future when it goes back to the old price but I wouldn't be investing lots of money into it. Sometimes a joke can also be highly valued by the traders and manipulators. So it is good to have a small quantity at least in the portfolio which we afford to even lose.