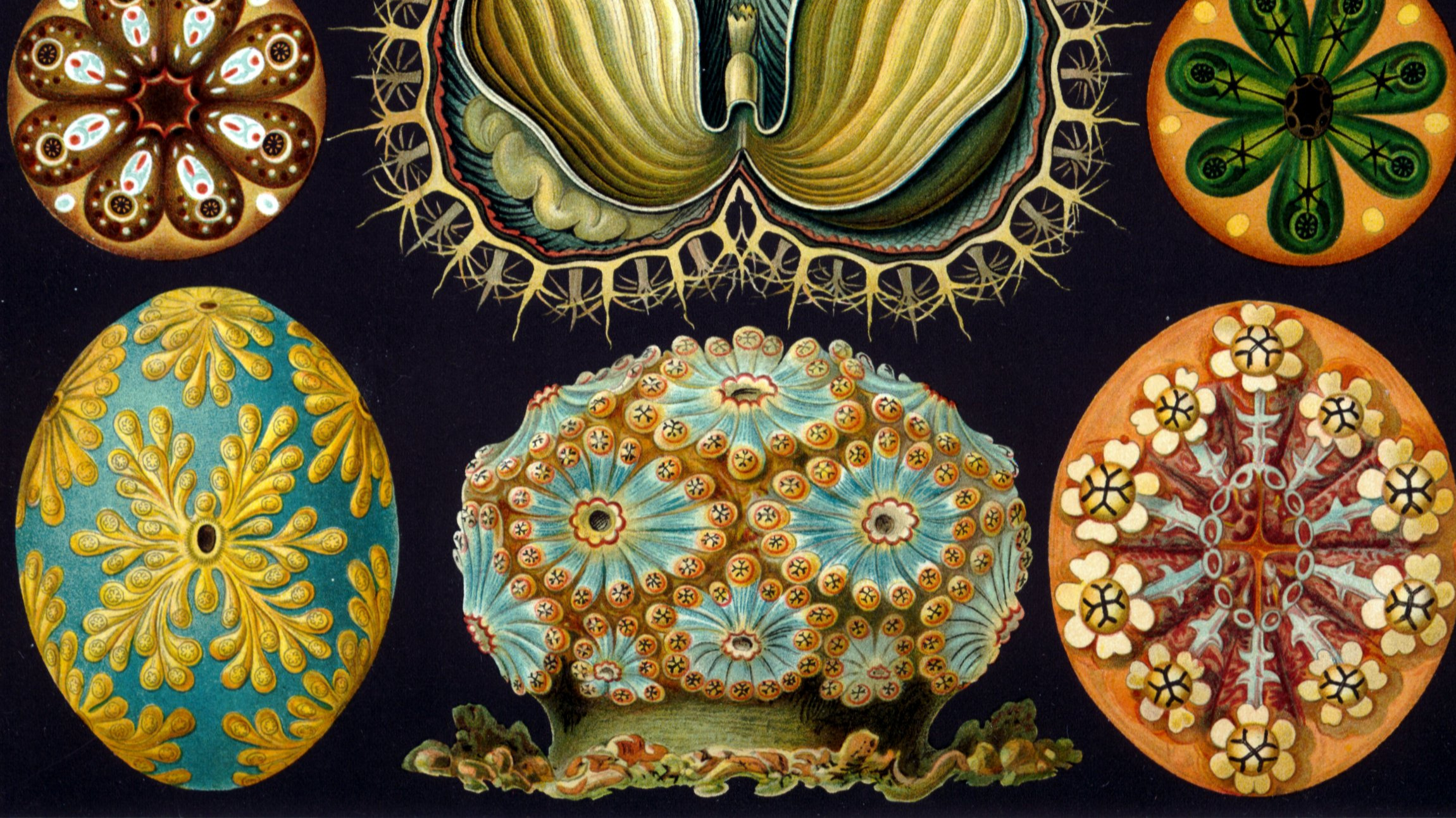 SymbiosisDeFined: The Trials and Tribulations of Symbiotic Organisms.

Most people think of Symbiosis as some sort of vague cooperative existence. That is not really accurate. It scrapes the surface of a complex subject.

Symbiosis is from the Greek word συμβίωσις, symbíōsis, "living together". All that actually means, to Biologists, is that two, or more, organisms have a close, long term, interacting, relationship. To understand and express what kind of Symbiosis two organisms have, Biologists go beyond the term Symbiosis to a detailed language for describing Symbionts - organisms in symbiotic relations. Because Symbiosis has been a serious, powerful and significant impact on the Ecology (from the Greek: οἶκος, "house" and -λογία, "study of") of the Global System. Symbionts, literally, drive change and conditions on the Earth. Symbionts are the Housekeepers of the Living Planet.

Symbionts are also classified by physical attachment - which might seem to be irrelevant, but be patient. Symbionts that form a single body are in an arrangement called conjunctive symbiosis, while all other arrangements are called disjunctive symbiosis. Notice that this is about the relationship not about the individual organisms. So, for example, a cryptocurrency's transactions are in a conjunctive relationship with the Blockchain Ledger because, quite literally, the Blockchain Ledger records the transactions. In this sense, the strength of the conjugation is the strength of the fungibility of the cryptocurrency. Non Fungible Tokens have a disjunctive symbiosis with a blockchain. While a Non Fungible Token might well be recorded on Blockchain A, there is nothing stopping that Non Fungible Token from being exclusively traded on Blockchain B. This kind of distinction comes into sharp relief when considering Governance Tokens. A Governance Token that has no physical attachment to a particular blockchain has no obligation to that blockchain. A facultative disjunctive symbiont has a lot less to recommend it as a Governance Token than an obligate conjunctive.

The reality of Symbiosis is that the definition was hotly debated for about 130 years.  That debate honed the subtle gradations of meaning that applied to concepts that build into an understanding of what Symbiosis really is. In 1877, Albert Bernhard Frank used the term symbiosis to describe the mutualistic relationship in lichens. Lichens are odd: not quite plants, not quite animals but also a bit of both. Lichen are cyanobacteria or algae living among fungal hyphae. Putting them into the Plant or Animal Kingdom is a task that raises more questions than answers. But trying to classify them leads to a richer understanding of how organisms interact to survive. Lichens suggest that the idea of Evolution as just raw, violent, competition is naive in the extreme. There are things that Lichen do which really change the environment for all living things - such as making soil from rocks - which promote the longevity of other organisms but not the Lichen. However, the existence of those long lived organisms provides a longer term environment for Lichen to flourish in terms of numbers. Symbiosis is not simple.

When you begin to understand how these interactions work then you begin to compare them to how things work in the Cryptosphere. The first, and usually most controversial obseervation is that Competition results in mutual harm. This does makes sense when you consider that competition is a zero sum game: there must be a winner and a loser in every interaction. So, if Organism A harms Organism B by obtaining a resource that is useful to Organism B and Organism B reciprocally harms Organism A by obtaining a resource that is useful to Organism A. The key to understanding why this is mutual harm centres on understanding scarcity. Both Organism A and Organism B make resources more scarce by participation. This reflects in the long term reduction of return on investment. Competition degrades ecology in the larger sense than the single interaction between Organism A and Organism B because both Organisms amplify the general scarcity of resources and hoarding behaviours. What most people believe is Competition is, in fact, Mutualism.

Bitcoin can be moved from Neutralism to Mutualism or Competition. That movement underpins the movement of Bitcoin Markets from Bull to Bear and makes the behaviour of such Market Actors as Whales into behaviour of interest because such scale of behaviour can become determinative of the future behaviour of all digital Organisms. While there are many, small Market Actors all using small digital assets - single Bitcoins, for example - the underpinning environment can be Mutualistic and foster Mutualism in transactions and digital assets. That kind of perspective, of analysing the Ledger, Cryptocurrency, and Tokens in terms of the strictly ecological interpretation of Symbiosis, gives rise to a powerful analytical tool. One which gives a perspective about different digital assets.

Symbiosis, in its full biological complexity, has the potential to underpin a distributed exchange with some incredibly powerful ways to interact and to analyse interactions. An exchange is, in the terms of Satoshi's original Bitcoin, the weakest link in the ecological web. There are always issues of trust; but, beyond those issues, there are subtle issues of what behaviours does an exchange drive. Exchanges that allow exchange across different Blockchain Ledgers need that transaction to be *maximally trusted*. Which is where Symbiosis as a biological concept gives analytical tools that facilitate an understanding of what can be expected from Symbiosis as a Distributed Exchange concept.

A distributed exchange, potentially, provides a Neutralist position from which Coins or Tokens with different intentions can be exchanged in what amounts to a trust product. Instead of being simply a way to swap one set of numbers for another, Symbiosis has the potential to create a new level of trust between different Cryptocurrencies and - far more critically - between Cryptocurrencies and Non Fungible Tokens. By providing an ecology that brings transparency and openness between disparate Ledgers, Non Fungible Tokens begin to cease being a vehicle for rug pulls and fradulence. Symbiosis provides a model for undertanding what an NFT intends to get out of participation. The analysis of a particular NFT in relation, to, say, Etherium and towards Collectors within the framework of trust, gives a strong movement towards Repuational Economics and away from purely value exchange models of interaction. In other words, it obliges NFTs to be more than simply a permutation of some generative art algorithm. In that respect, Symbiosis is a profoundly interesting way of analysing transactions and how worthwhile they are to Market Actors. It raises the stakes for an Exchange from being a way to cash out to being a way to cash in. To become part of a wider digitially mediated community that both benefits from the ecology created by the presence of the of the Exchange and contributes to the Exchange in terms of such things as Trust and being Trustworthy.

The bottom line for such an approach - Symbiosis - is that Market Actors have a far clearer idea about what they intend to put in and what they intend to take out. Something that benefits such things as NFTs where it can be unclear which parts of the NFT can be trustd to benefit and which parts are just cost. Rather than just being something sold on the Hype Cycle, NFTs become something with an analysable value growth cycle. That ability to analyse in terms of System Components - Block Chain Ledgers, Tokens, Coins, and so on - as interacting Organisms gives a powerful technique for demystifying the various digital assets. Which, in turn, gives a set of conceptual tools for understanding potentially competing coins or ledgers.

An exchange that is both distributed and functionally inter-Ledger builds a powerful basis for understanding both market conditions for the purposes of exchange but also a powerful means for understanding whatever it is that coins embody in terms of value and community. It takes a step closer to connecting the purely virtual with the purely physical domains of economics. With practice, experience of recognising scam coins and high risk use cases can be communicated in a more standard language and that communication backed up with a solid infrastructure that can be, if needed, used to demonstrate intuitions about the value and behaviour of digital assets.

An ongoing manifestation of Thee Surrealerpool Collage of Alchymical, Flâneurial and ’Pataphysical Studies. An Institutuion with membership by invitation, coercion and accident only. Hawkers, Traders and Carlists not welcome except by exception.

An ocassional series of unusual recipes. Largely of mythical creatures and largely for the Chef with a little more time.