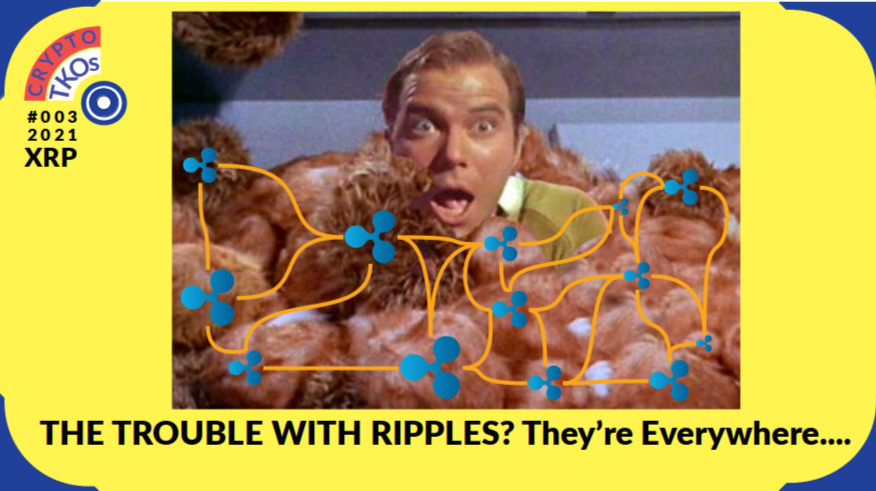 Ripple with a splash of Central Control, on a private distributed ledger masquerading as a "cryptocurrency" with no money supply limits (aka fiat)?

In this #003 Issue of CRYPTO TKOs we take a look at Ripple/XRP and Variants, under the hood, to better understand Ripple's  "Faux crypto" effect on the real crypto market and your private hard stores of value.

Rippling your Way: The Doppler Effect of XRP adoption by CBs is now is play

Make no mistake, some variant of #XRP is rippling its way in your direction via some central bank project, linked to all the other central banks, looking to compete with existing cryptos (steal their thunder via our  human tendency toward collective abject complacency on such subjects.), cleverly designed to steal your buying power via inflation as CBs  and large commercial banks attempt to maintain control over the world's use of money, centrally (with BIS as the hub handling transaction settlements and adjusting 'balance of payment" positions between CBs, this time around using XRP to do so.) 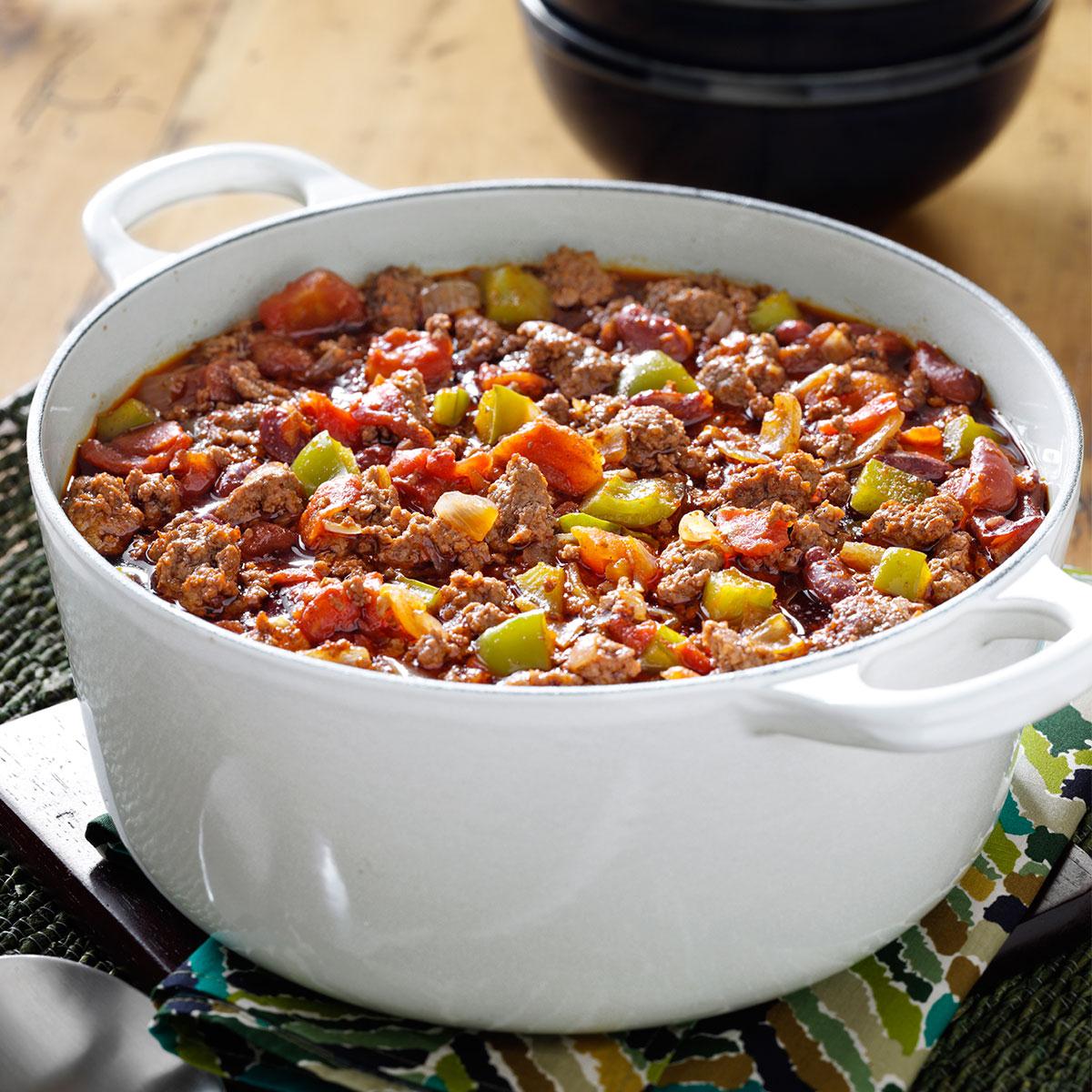 Chili Con Carney: Serving it up hot and spicey...for CB Compadres Around the World

Mark Carney Former Bank of Canada & Former Bank of UK Mogul, now turned private citizen, told us how it was going down (with a big grin on his face), read my earlier post here. Whispers among my banking friends always have Ripple on their lips, as most of them in the west all know its coming. Tell the masses its so? "Nooooooo, can't do that, we would likely loose our jobs". See how our current form of enslavement really works? 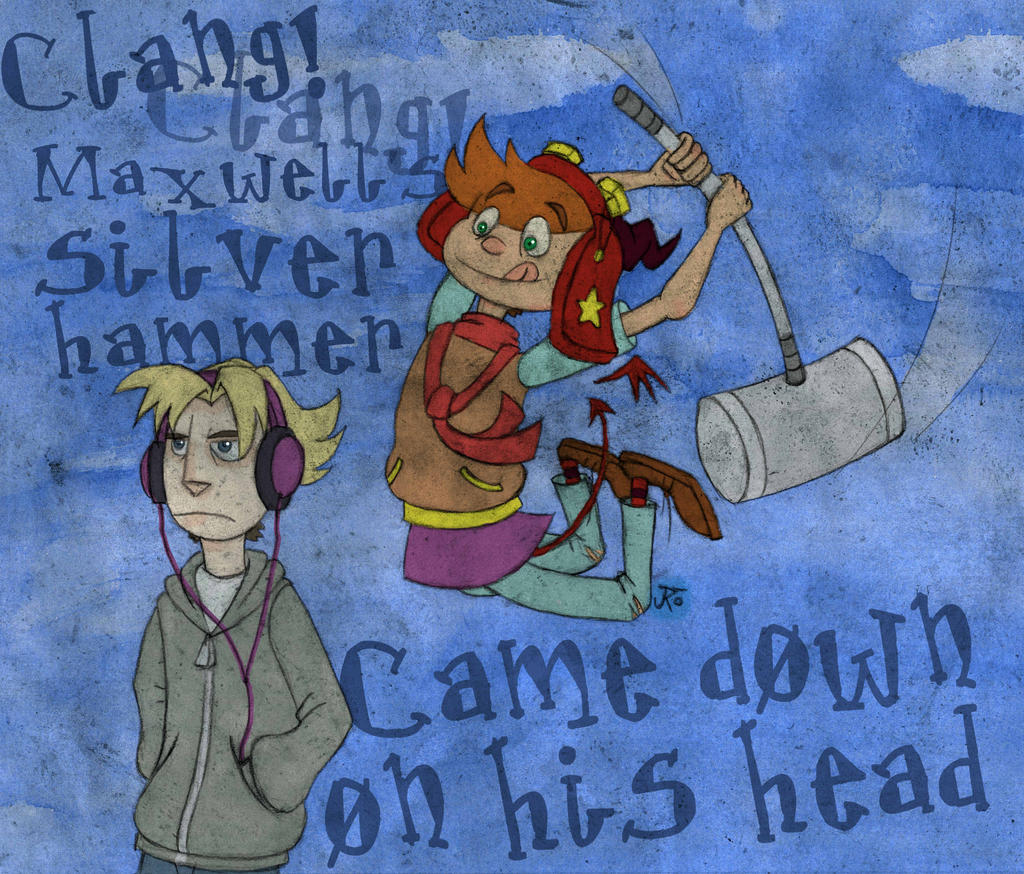 The Hammer is coming?- Debt Jubilee could crush the life out of XRP sure but, two centralization forces are in play too.., to Crush You

The Spectre of Debt Jubliee, now hanging over the CB collective heads is just one of those hammers coming,  per my previous post,  emerging quickly on the near horizon in the US, which could really Upset the WEC engineered "Great Reset". It's another form of reset aimed at connecting our paper and digital money back to solid assets, 1:1 one for one. A nice yet centrally controlled thought, really a reboot of "days gone by". (That's right powder up the pig and put lipstick on it, most everyone will buy it, cuz its now a cuter pig)

In this competing "world of resets", there are three of them.  These competing resets are essentially a money supply interconnected three legged stool on top of which the "collective world money" supply sits, one of those legs will likely be taller (more expensive and less useful, quite restrictive) than the other two, that is the current fiat leg  which does have higher costs of operation, which means most of the related "transaction fee" market will tip (slide partially) to these other two legs, given the uneven market condition floor on which this stool sits, as consumers and businesses alike, heck even governments are trying to "save a buck".

That is to say, the two 'other' legs, crypto and  metal/hard assets (gold/silver/neodymium/lithium/copper/platinum those things valued in the more advanced main street economy) backed notes with digital representation (the cute pig), are likely to grab more "transaction fee" market share because of the following virtues/advantages some shared and some unique* only to crypto:

- convenience, ease of use

-*Support for Peer 2 Peer Business Transactions with no middle men

-*cryptographic security  on a distributed ledger immune to government control

-*Rewards for securing the transaction network

While Ripple/XRP has the appearance of being a cryptocurrency, given it supports the last three advantages, the key missing advantage is peer to peer transaction support , only possible on a distributed public ledger. Also Ripple Support for Smart Contracts is engineered behind the curtain to support central bank self interests between, you guessed it , other central bank parties. (Sounds like a shitty "PACK OF  SUITS AND TIES" party to me, but that just me.. ;) ) 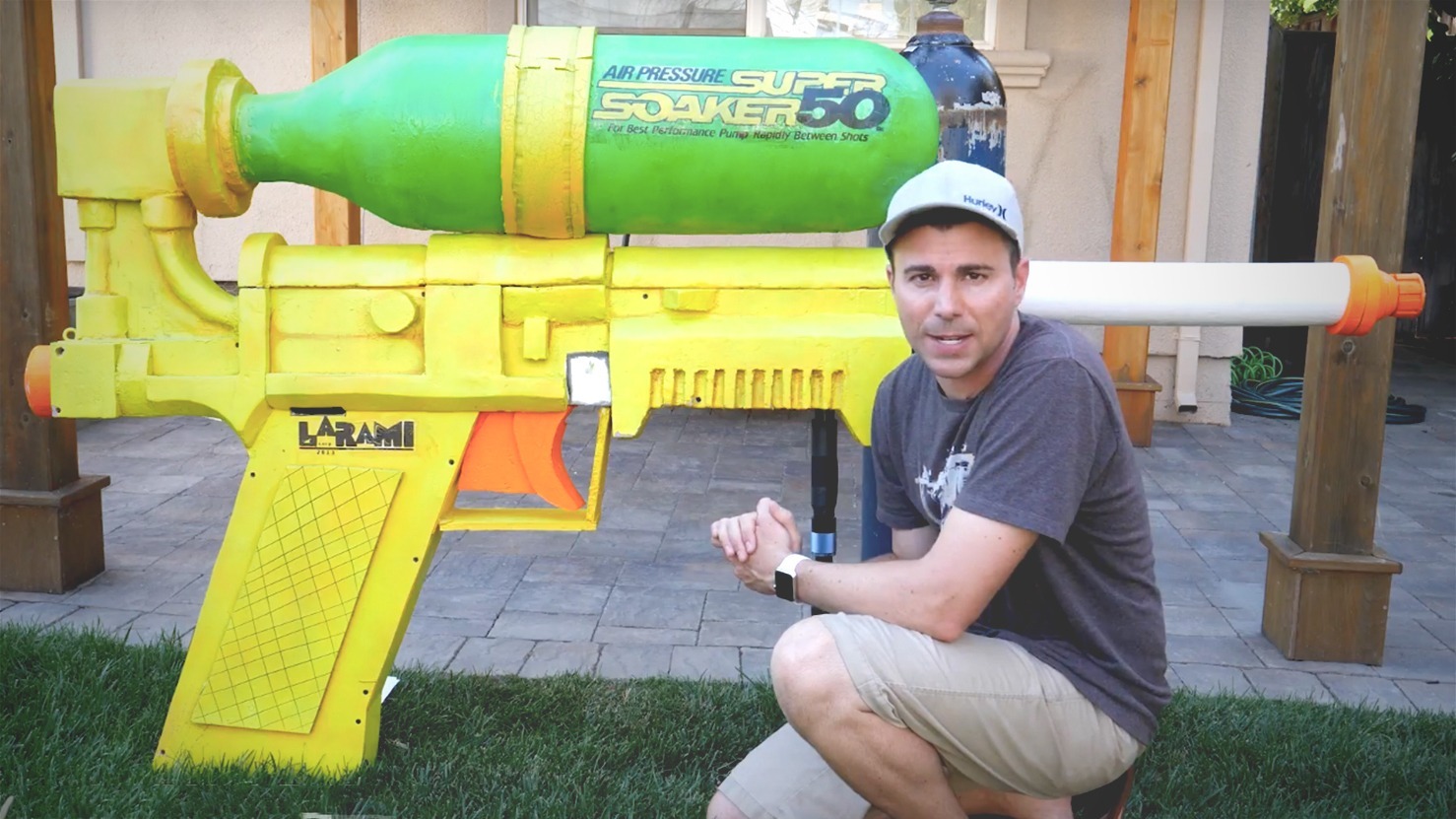 Sheep love to be herded together, they feel safety in numbers. Ok what's a few little lambs lost or, a couple of old rams and aging ewes getting eaten by the big bad wolf, we have numbers right? Yeah right, until they force you down the "do it our way" gauntlet, restricting your movement, controlling your health, what you eat, who you see etc.

"Need that loan? sure, is your vaxx up to date? How is that social credit score looking? Oh I see... hmmm, maybe you need to buy & eat cheaper GMO food, it will shave a few bucks off your monthly budget. If you do that, tighten up your budget, come back in a few months and, let's see what we can do, then" (to suck the life out of you and any hard earned value you might still have, because 'they' always need more money! ;)  )

OK the uSA is still the player with the biggest gun and, in this battle for world money supply supremacy, the US NYC Banker crowd will win initially in seeing Ripple/XRP rollout, in a really big way IF that big gun is behind them fully .

TK note -imo that NYC pushed XRP outcome is not lookin' good right now, so who are the nervous sheep, really? That means the "money backed by metal play" in the uSA will likely be the "new game in that town" emanating out of the short-lived post Yellen, old USA Treasury transitioning to the new uSA Treasury under the real Constitution. That said, the NYC crowd, with JP Morgan the biggest of them all, now running Morgan coin on their own modified Ripple/XRP private distributed ledger, leading the way, with MSM powered messaging bluster in the Fin Media emboldening these types to be  ever so bolder, given Sleepy Joe is apparently, ahem, at the helm, means those holders of fiat balances can expect to see their fees rise with "better services". And those smaller banks and credit unions looking for overnight money to lend long? "Oh yeah, you need that overnight money Mr. Smaller Bank? Sure we (JPMorgan) can do that, if only you were hooked up to the NEW CB XRP network, otherwise you pay the much higher overnight Interest rate. doing it the old way".

Be suore of one thing though, XRP is in some form is coming you way, in the form of a set of central bank and commercial bank projects,near you.

Which means XRP's future looks bright for the next few years pushed by NYC bankers, even as the more than likely US Admin, post military govt transition, showing up a bit later moves to a US Treasury with money backed by metal (the other central control leg)

Invest in XRP? Well sure, if you are fully onboard with all the NYC banker restrictions and ,could care less about the world and people around you. Go for it, buck up ,and buy a "double dollop" of Ripple. Otherwise..,

as  we all know, sheep are pretty reactive critters, changing directions and actions only when nipped in this case by XRP related fees.

My Suggestion? checkout the Flippening to avoid the big "Nippening" of Ripple, courtesy of your own Central Bank and their local cadre of banker boys.

Or checkout #Monero, #ZCash or #DASH for P2P  worldwide transactions, 'ohne Regierungscheiss". Thereafter convert to  local fiat as needed, or transact locally w/ same if you can find a retailer or service which will take these solid, very secure cryptos.

Don't believe me you will get nipped in your pocketbook by XRP in some fashion?

Just checkout the fee structure of Moneygram who uses Ripple/XRP to get you your money fast and, you will see what I mean, big nips taken out of your wealth, every transaction. Moneygram was imo, the first big XRP experiment worldwide in plain view (aside from the internal Morgan project) sponsored covertly by the CB cabal. The Moneygram XRP fast, same hour, worldwide settlement project has  been running for a few years, so don't think for one second your local CB isn't going forward with their own XRP variant.

Two facts are certain: the world money supply is being fractured in a VERY BIG WAY and; money backed by metal will make a big comeback in the US.

It all happening before our very eyes , so we all need to, as crypto investors, get a lot smarter and, keep very alert in order to protect and grow our own hard stores of value in multiple ways. 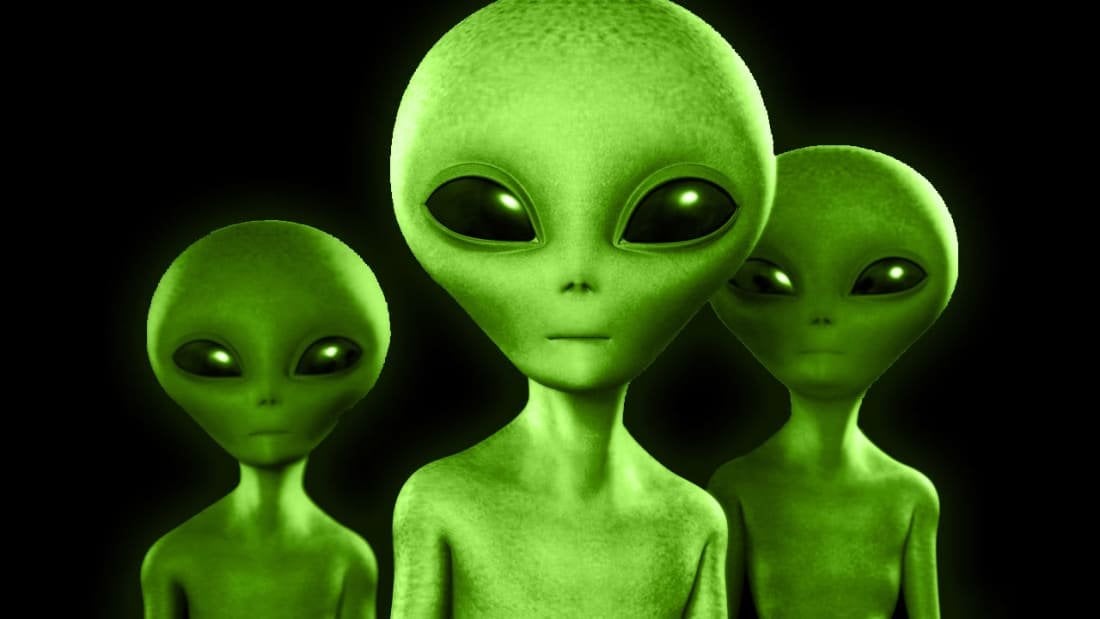 They're Here... So what are you going to do about it?

If I were any of you, I would be hedging away from fiat and anything that smells of Ripple and, that means investing in metals & crypto.

I hope this issue helps, 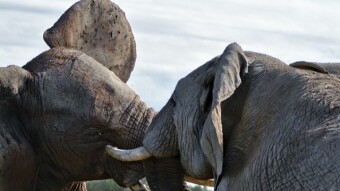 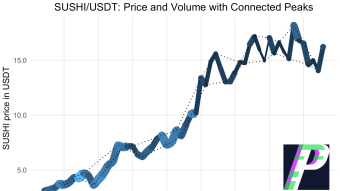 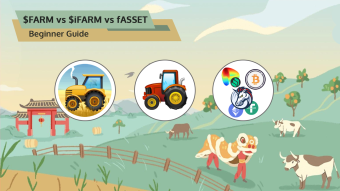 $FARM vs $iFARM vs $fASSET - The Ultimate Guide