Noise.cash, free tips are changing..... personally I think for the better

Today there was an announcement from noise.cash on their platform about changes to their free tips, which I think has the potential to make the site even better, and importantly improve the content on there. 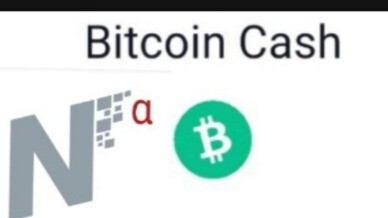 This was their statement

Why would we do it? Few reasons. One, it's unfair to give free money to users who put in zero effort in their posts (no, copy-pasting an image from Google/Facebook and putting a heart or a word like "Island" does not count as "effort", neither a post such as "good morning", "nice", "wow"... Neither is copy-pasting an article from the internet or fellow noise.cash user - we will mark these accounts as spam immediately - if you want to share an article - link it with an explanation why you liked it, don't copy-paste)

You have to understand one thing - there are people who put in as much as 30 minutes to create ONE post, maybe even more. It's really unfair to them that your post that took 10 seconds (open a random crypto blog, copy-paste an article, or open Facebook feed, copy image, add a heart) will get the same reward.

If you want an advice about earning FreeTips: 1. Write your posts yourself, don't copy; 2. Write it about something that might be interesting to many people; 3. Add meaningful(!) replies to other people posts that you like - they will rank you well In general, it's the good users of noise.cash that determine who gets FreeTips and who doesn't. Not noise.cash.

Yes, this also means that new users won't get any FreeTips until a good user of noise.cash ranks them as "good" (if we trust that user). If you see something really good in your feed, don't forget to rank that user as such."

So there is quite a lot there, and sometimes change can be a little bit scary, but first things first, I am thinking that having to be considered good, will improve the content.

I will be brutally honest, I was getting lazy, I was posting lazy stupid messages sometimes, in the hope of getting a small tip, now and rightly so I will think more about what I am typing away and making noise, I want my content to be thought out, relevant, helpful or thought-provoking, and hopefully, this will spur me on to do a bit better.

One thing I am wary of is that now we are in charge in some regard we get to decide who is good and who is not.

I worry if people are going to be worried about posting controversial topics or worried to upset ANYONE so that they might get downvoted.

My hope is that people will post the quality of the content, as opposed to whether they agree with it or not. Otherwise then noise.cash won't become a very nice place.

Why I am not particularly worried

The reason I am not wholly worried is primarily because.... the bitcoin cash community rocks, since writing on read and noise, I have learnt soo much, I have had criticism but constructive, and I have engaged with some superb writers and readers. I am finding it a very wholesome place to be.

For that reason I am not worried, I think it is easy to tell who puts the effort into their posts and who just wants the tips. (well we all want the tips, but there is a difference between deserving them or not.

What is good as well, is if anyone tries to plagiarise and rip off other articles, they will get found out, people will comment as such and they will fall from such a great height they may never get back to tip worthy status.

How hard will it be now to get new users into this, the pull for a lot of people would have been the free tips, I think people will want to know how long it will take to get to 'good' it doesn't appear like it will take too long to do so but wonder if this will put people off. Maybe? but then maybe only the people that we don't really want there.

There are so many positives, the thing I have been impressed by noise.cash the most is their ability to keep going where they want, they can't have expected what people would do to get tips when they started, but they have continued to innovate and change to improve the content. It is a place I read as much as I do twitter now, and each day I see improvements in the quality of the posts.

They stopped the begging again inevitable but didn't realise how unscrupulous people would be, there were times all I could see was tip for a tip blah blah blah, but that has got shut right down.

The impersonators were quickly brought to justice as well.

Now, a part of me is sceptical about the idea, like a popularity contest it never goes well for me. But look really at what they are asking, provide quality content, no plagiarising.

Time will tell, and hopefully, I can still boost my modest bitcoin cash account, as this is what I sincerely hope is going to change my life financially. I am saving up BCH to one day buy a house, and will forever be grateful for what I have.

But ultimately if there were no tips I would still be checking the sites every day to learn more about so many subjects. Hopefully, my little content is helpful to the site as well.

The biggest thing I take away from the statement is that it is the people of noise.cash that has the power now, the power to promote only the best content, and to help it grown to encourage people to be better. Next few days when I log in I hope to see much more meaningful posts. The number of meaningful posts will likely be the same but hopefully, there will be fewer of short cuts and cons.

Let us know what you think in the comments