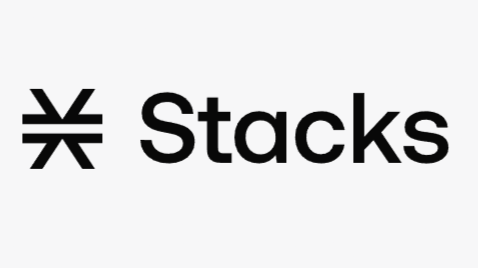 Stacks STX: A Blockchain That Connects Smart Contracts With Bitcoin

Bitcoin is argued to be a very secure store of value cryptocurrency, because it is resistant and stubborn to change. This means that Bitcoin is unlikely to get any update that could hurt the value of its coins, like removing the fixed supply or increasing the block rewards, which makes it rather safe, but it also makes it nearly impossible to improve on its own. That’s why Stacks is its own blockchain that can be scaled and upgraded independently of Bitcoin and only connects to it for its finality. This allows Stack to have faster transactions than Bitcoin while still profiting from its network effect and security.

In the early days of the Internet there used to be many different protocols competing against each other before TCP/IP eventually became the standard. The developers of Stack believe that Bitcoin will become such a standard for blockchains and that the future internet will be built on and around it.

Stacks has a unique cross chain consensus mechanism called Proof-of-Transfer. To mine a block on the Stacks blockchain, miners need to bid Bitcoin to be chosen for the next block. This is essential because Stacks data will be integrated in the Bitcoin blockchain as a simple transactions. The winner is chosen somewhat randomly but bidding more makes the chances higher to be selected.

Once chosen the miner can build the next block and earn block rewards, which are ideally more valuable than the BTC spent. Mining doesn't require much electricity or special hardware, it is more an arbitrage trade were miners swap BTC for a higher amount of STX when what they would normally get. The used BTC is then sent to STX stackers, this means that the Stacks blockchain offers its token holders a way of earning Bitcoin.

The transaction on Stacks are much faster than on Bitcoin and can be scaled and improved independently from Bitcoin. Stacks only depends on Bitcoin for absolute finality. Stack can settle thousands of transactions on its own blockchain in "micro blocks" and then add them to the Bitcoin chain once it has a new block finished in the form of a single transaction.

Stacks is not really bringing smart contracts to the Bitcoin blockchain, it is more its own chain that is in a close relationship with Bitcoin and is using it as a finality protocol for more safety. 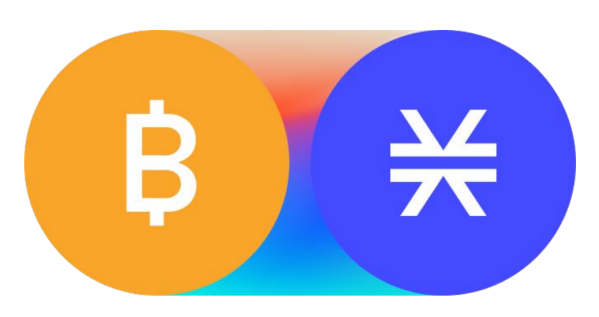 There are already multiple DeFi apps on Stacks, like a decentralized exchange and a lending protocol. There are also several NFT marketplaces and a private survey app.

One rather unique project is called CityCoins, which enables various cities to create their own cryptocurrency that can be minted by selling STX to a smart contract that is then distributed to the city (30%) and stakers of the coin (70%). This can be used to raise more money for the cities reserves they just have to incentivise people to get such coins. Miami, New York and Austin are already using this. 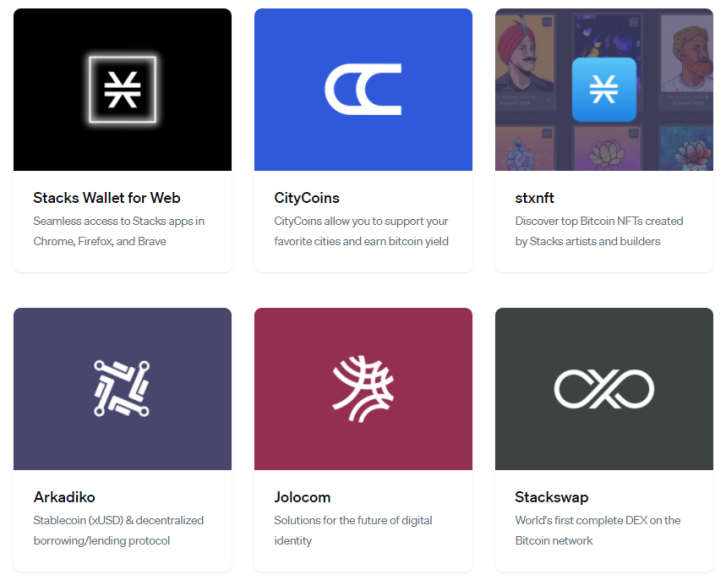 STX is the native cryptocurrency of Stacks and it is used for gas fees just like ETH. Miners are spending BTC to get STX rewarded, the miners try to outbid each other to win the next block but they also want to keep the value of the Bitcoin bellow the value of the block rewards to make sure its profitable and STX itself will always have some value as long as BTC has it because its stakers can earn BTC. The amount of BTC that can be earned will depend directly on how valuable STX itself is, because the higher the demand for it the more BTC will be used for mining, so its rewarding utility will grow further with more network adoption.

STX has a max supply of 2,040M of which roughly 60% are already mined and the block rewards of new STX will be halved every 4 years similar to Bitcoin. Currently there are 1000 new STX created with each new block, after the first 4 years this will be lowered to 500 STX/block, then after another 4 years it will be 250 STX/block and then after 4 years it will stagnate at 125 STX/block until the last STX is minted which will happen in 2050.

One negative thing is that the main demand for the coin is to stake it for BTC gains, yet the threshold to stake is very high because you need at least 100,000 STX. You can stake in a pool instead, but this is currently a bit tricky because you need to trust them to pay your rewards. There should be a way for decentralized pooling or a lower threshold.

One more negative thing is that the genesis supply of more than half of the entire max supply was given to early investors, team members and the like. This is bad because there will be a constant selling pressure for the next few years due to a vesting schedule. Hopefully the reduction of new STX in 4 years will lower the effect of this.

Stacks is a smart contract blockchain that is using Bitcoin for its security and lets its users earn BTC. The value of the altcoin is much more tied to BTC than the rest because of that. This is also the reason why multiple US cities are confident enough in it to launch their own projects and cryptocurrencies there.

However, it’s not bringing smart contracts to Bitcoin, it is its own blockchain that is only storing some of its data on the Bitcoin blockchain and this doesn't seem all that useful to me. Depending on another blockchain probably puts the network more at risk instead of making it safer like intended. Still it could attract many users and even institutions that would trust anything with Bitcoin more than any random altcoin.