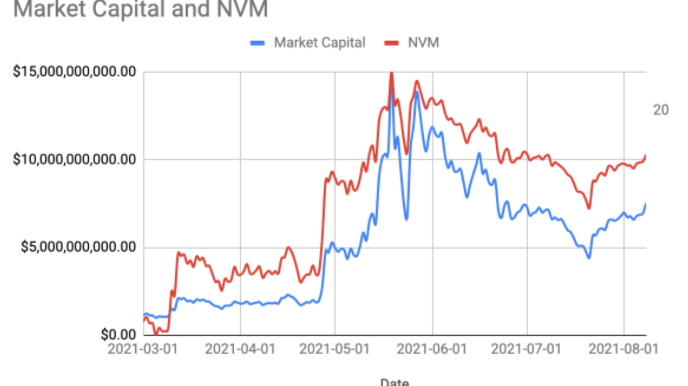 The above growth comes as no surprise to those who have been following the journey closely. Below are some numbers that Polygon has achieved in 2021

Polygon has seen parabolic growth in its DAU due to high transaction speeds, low gas environment, high DeFi composability and plenty of LM rewards for users. This has helped in bootstrapping liquidity and also encouraging all the DeFi blue chips like Aave, Curve, Balancer, Kyber, etc to get a piece of the Polygon action. Their communities have also grown over time as nobody gets priced out of enjoying the benefits of DeFi on Polygon. 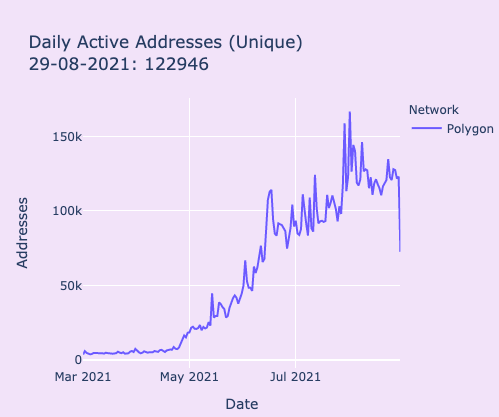 Movement of Stable Coins from Ethereum

Stablecoins are the backbone of DeFi and an increase in movement of stablecoins from one chain to another show that DeFi opportunities in the destination chain / market is extremely lucrative and hence one can also look at this factor to determine growth of the DeFi ecosystem. 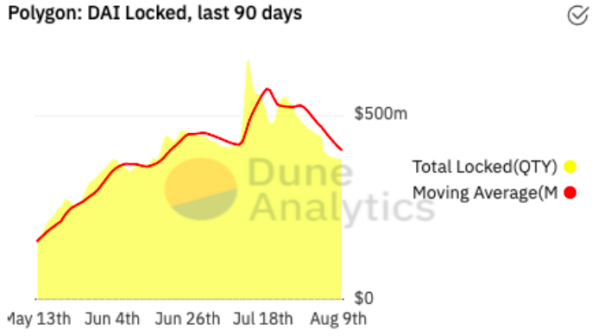 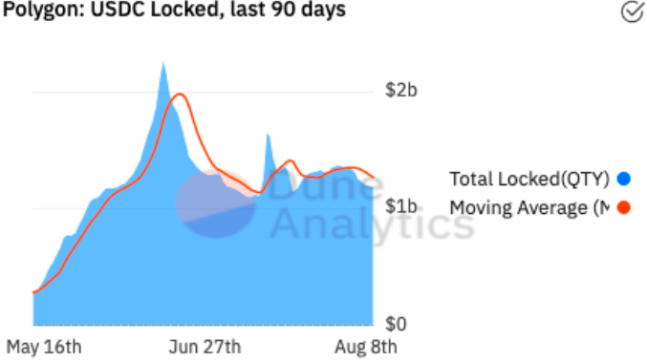 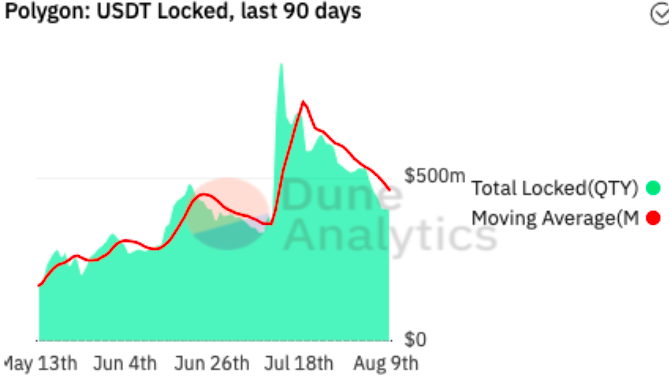 From the above figures it can be concluded that the DeFi activity is extremely high on Polygon as a result of low gas, high TPS, security (finality on ethereum) and high composability. All those who got priced out of ethereum were able to enjoy the same benefits in a parallel low cost universe that mimics the functionality of ethereum i.e. Polygon. This is the true objective and motive of a successful scaling solution. Users will feel that they are using ethereum but they are in fact using Polygon.

Gas is always measured in gwei in order to ensure consistency as 1 gwei always equals = 0.000000001 ETH/MATIC. The consumption of gas in terms of gwei is a good indicator of the networks activity as each and every smart contract interaction requires a transaction fee to be paid in the blockchains native token i.e. ETH / MATIC to compensate the validators for securing the network. The total gas consumed on Polygon surpassed that of ETH in the middle of May 2021 and hence it was able to truly live up to its title and purpose as the premier Ethereum scaling solution.

Bootstrapping Liquidity and kickstarting Polygon’s DeFi for all Journey

The best example to showcase the effectiveness of Polygon’s liquidity mining programme is the success that Aave has enjoyed both in terms of TVL and DAU. Aave’s success on polygon is the benchmark for all projects who want to deploy and make an impact in the Polygon ecosystem. Polygon and Aave announced a liquidity mining programme in which $100M was pledged by the Polygon treasury over a span of 1 year in which $50M was to be given out during the first 3 months.

The main purpose of LM was to reward early and active community members for helping bootstrap the Polygon DeFi ecosystem. Liquidity mining is a tried and tested method to help grow the DeFi ecosystem and goes way back to 2019 when it was first used by protocols like IDEX, Synthetics etc. Liquidity mining helped grow TVL in DeFi 10x in less than a year during this period with the help of LM and hence it is one of the “not so secret” ingredients of a growing and robust DeFi ecosystem. Figure 03 below shows the impact of LM on the DeFi ecosystem on Ethereum for a period of 8 months from December 2019 to October 2020.

Figure 04 below shows the immense success of the LM programme for the Polygon community and Aave. 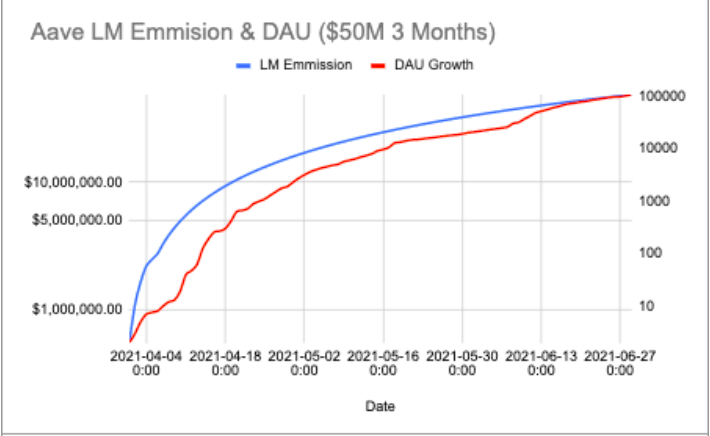 “Metcalfe's Law” says that a network's value is proportional to the square of the number of nodes in the network. The end nodes can be computers, servers and simply users. In the case of Polygon, we take the number of daily active users or (“DAU”). The surge in DAU is clearly shown in Figure 01 and the only thing stopping the market from discounting the bullish quantitative factors is the current market conditions, regulatory FUD, “Sidechain” FUD, “Multisig” FUD and upcoming L2 competition. To date there has not been an exploit on the PoS chain and hence Polygon has been able to achieve such parabolic growth in such a short period of time. Metcalfe's graph as shown in Figure 03 below  shows that the true value of the Polygon should be slightly north of $10 Billion with the current user activity and hence is currently undervalued. Note that this method of valuation does not take into account other important factors and need not be  the most accurate depiction of market value. 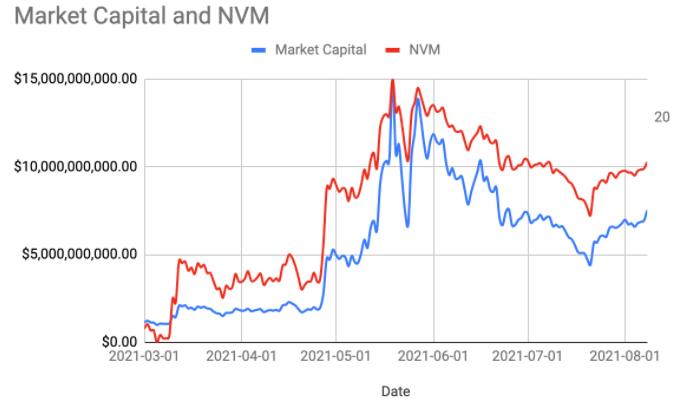 The Polygon ecosystem has managed to build a complete Defi ecosystem consisting of the 4 key layers of a blockchain, namely: 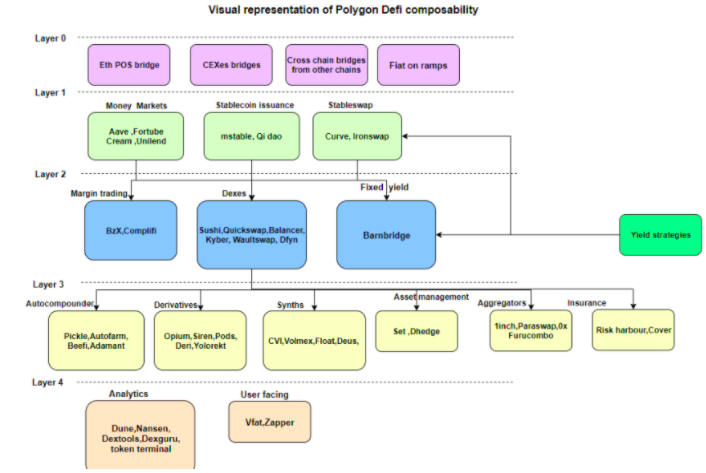 Finding Comfort in Polygon during the  Bear Market 2021 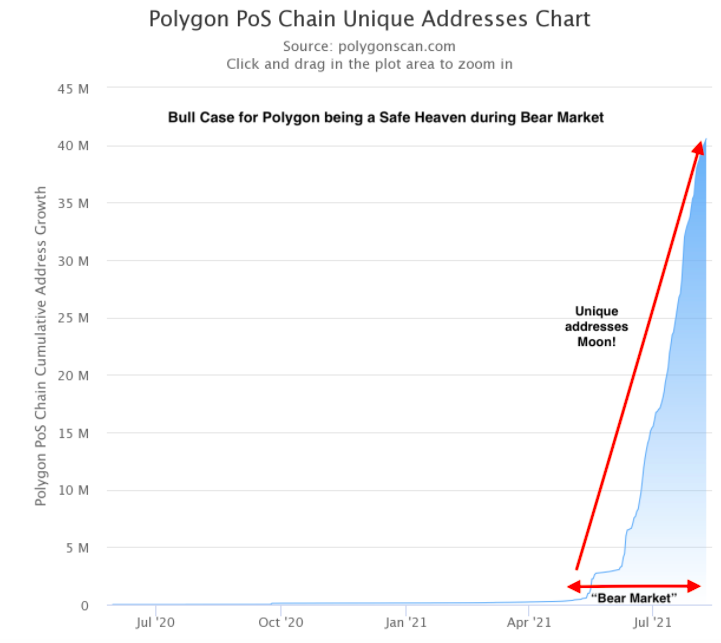 The number of unique addresses have grown by nearly ~800% since May and the growth was parabolic even during the most difficult of times due to several reasons as explained in the above paragraphs. This is empirical evidence that Polygon as a public blockchain is highly undervalued based on the utility and benefits that it provides its users with.

Ethereum scaling works and Polygon is its poster child based on the above quantitative and qualitative factors. Ethereum is the greatest decentralized community that exists and instead of spreading FUD around other projects, it is in the whole communities best interest to help each other to reach stratospheric heights and traverse through uncharted territories together with the common objective of a decentralized and fairer world.