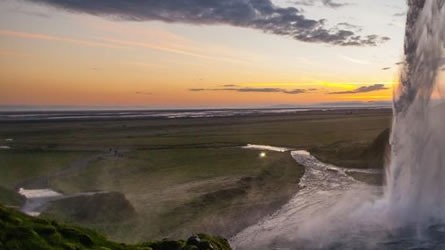 tl;dr: Climate change may not be as big a problem as we think. And the Green lobby has its issues.

I have been a pretty hard core fearmonger about the impact of climate change for a few years now.

I am vegan. I recycle violently. Compost. Have solar panels and buy remaining electricity from a solar cooperative. I have a wind farm in my backyard (ok, that last one was a joke). I shared a lot of this in “The Urgent Climate Market.”

But I’ve been pretty aggressive and outspoken in the need to mitigate the impact of climate change with carbon reduction, plastic reduction, and alternative energy sources like wind and solar.

So, as part of my “Think Again” efforts, I felt pretty challenged in reading Apocalypse Never: Why Environmental Alarmism Hurts Us All .

The book doesn’t seek to deny climate change outright, but makes a pretty compelling case that the “Green Lobby” may be one of the biggest obstacles to successfully mitigating the impact of climate change.

That’s not to say we don’t need to act more responsibly about plastic waste and carbon emissions, but that it’s worth asking outspoken climate activities what their agenda is and where they get their funding from.

For example, according to the book, a large portion of the “green” world like the Sierra Club and NRDC get substantial funding from fossil fuel companies.

Well, these large companies are fully aware that solar and wind can not cost-effectively replace the fossil fuel industry to meet power needs. However, what could is nuclear energy, and the “green” movement has been vociferously anti-nuclear for 40 years now, even though it could be the single largest source of cost-effective clean energy by a large margin. [For more on the nuclear opportunity, see this post from Fred Wilson]

By connecting the dots in a disingenuous way between nuclear power and nuclear weapons, these green organizations have stifled power plant growth and pushed the solar/wind agenda which doesn’t make the dent necessary in reducing the impact of carbon emissions (though that doesn’t change the fact that the carbon market is growing and, most likely, will continue to nor that carbon-neutral Bitcoin is a worthwhile goal).

There’s also some pretty compelling data that many of the long-term projections outlining the likely (i.e. ‘worst case’ scenarios) may be overstated either deliberately so or because they make good news/PR. Meanwhile, those who challenge the “approved” wisdom are vilified and excommunicated in targeted campaigns.

At this point, like in many things, I am not sure who to believe. I still think being more responsible about carbon emissions, buying carbon offsets, and recycling is the way to go.

Yet, the book is a great reminder that, no matter the story, there are two sides and it’s worth exploring both of them in order to get the fullest possible picture.