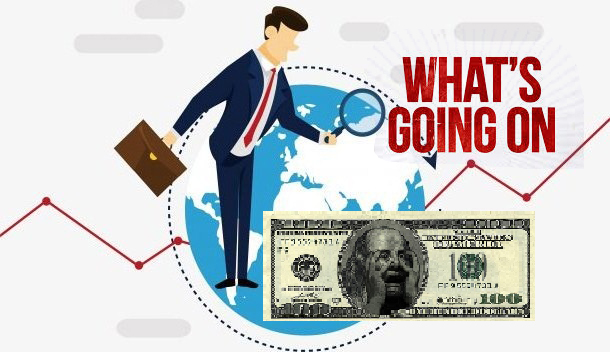 If digital cryptocurrencies such as the one that Facebook plans to launch begin to compete with national currencies, the volatility of all of them could increase and generate instability in exchange rates. That was precisely what happened in the USA. UU. before the dollar was imposed

Government-backed currencies dominate the world. But soon they could face rivals in the form of cryptocurrencies or private digital currencies, especially if Facebook or some other large company launches its own. Given the possibilities of something similar happening, it is essential to analyze what impact it will have on the financial system.

If past events are analyzed, it could be said that "people are not going to like what they are going to find." In 1830 In the US, 90% of the money in circulation in the country was in the form of private tickets. Until a problem appeared. "Those who boarded their horse with their tickets in their purses and traveled to another city, found that their tickets were not exchanged in the same way in that other city." The exchange rates between the different bills fluctuated, for reasons difficult to specify.

The current currency market shows a similar "exchange rate chaos". For example, the exchange rate between the US dollar and the Japanese yen fluctuates by up to 15% from one year to the next, although the "fundamentals" of the two economies show much less difference. New participants in the global currency competition will also face this problem.

Facebook says its Libra currency will maintain a stable value because it will be backed by a reserve based primarily on cash deposits of US dollars, pounds sterling, euros and Japanese yen. Its approach is based on the so-called stablecoins, an emerging class of stable value digital currencies.

The key factor that maintains the stability of any currency is the "credibility" of its issuer. For example, the unstable policy in Venezuela in recent years has contributed to the loss of value of its currency in relation to the dollar.

It is very interesting to be able to see how the changes in the economy will develop as these new economic trends struggle to solve every difficulty that is imposed on their path, to open new horizons in the global economy.