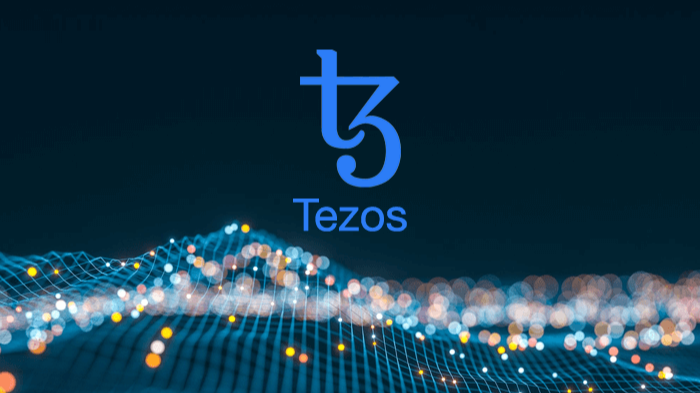 Tezos Prepares for Explosive Growth: Why XTZ Will Overcome $ 3.3 Resistance

The Tezos (XTZ) trend has shown strength over the past few days. The asset price has stabilized above $ 3 amid general industry consolidation. 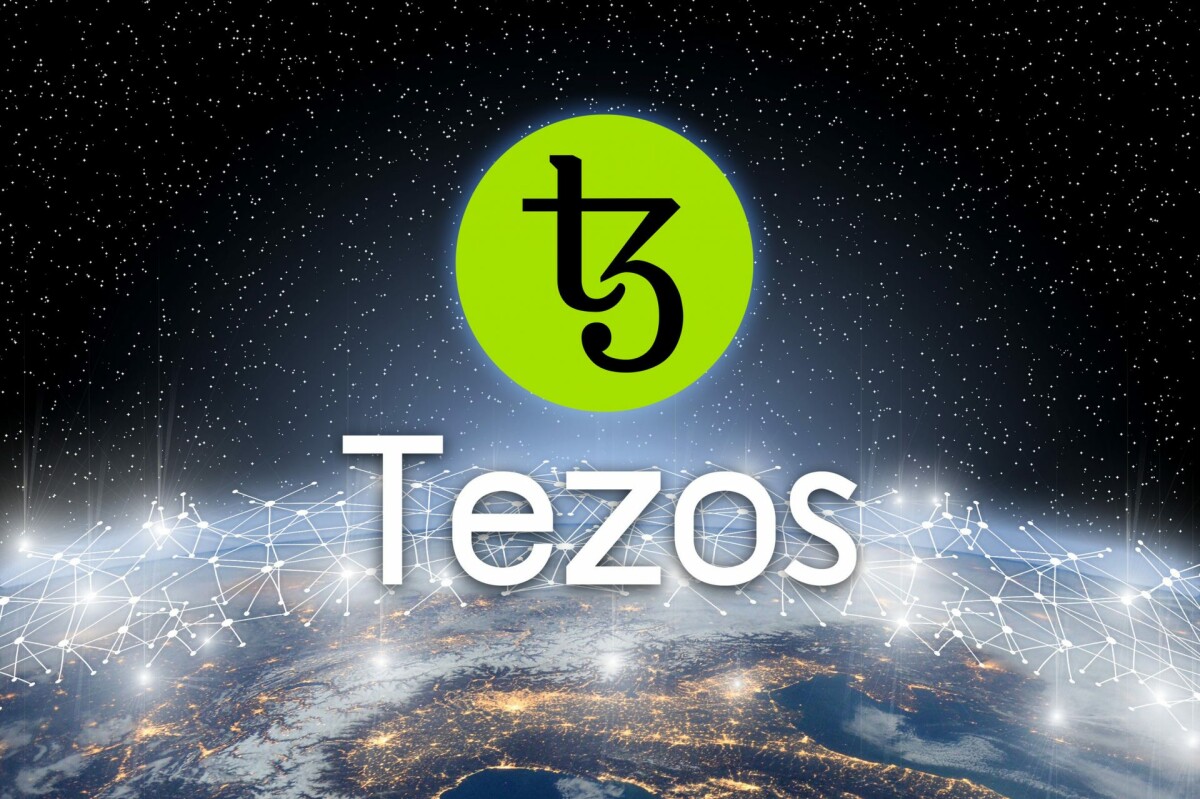 Over the past weekend, Tezos, like most altcoins, depreciated under the influence of an unexpected BTC price dump. Since then, the XTZ has slowly retraced from Saturday's lows around $ 2.8 to a high of $ 3.3.

However, at this level, the bulls faced active resistance, after which a short-term consolidation began.

Analysts believe that the Tezos rally may continue, as the current rate recovery was taking place against the backdrop of growing open interest on Bitfinex, which is mostly represented by long positions.

It is possible that XTZ will retrace Chainlink's path and return to 2020 highs above $ 3.6, which was set at the end of February, to begin with.

It is important to note that the February highs are around $ 3.6, so after a 15% rally, buyers will be able to refresh the asset's historic peak. As noted by crypto analyst RookieXBT "The price opening process must be impressive": 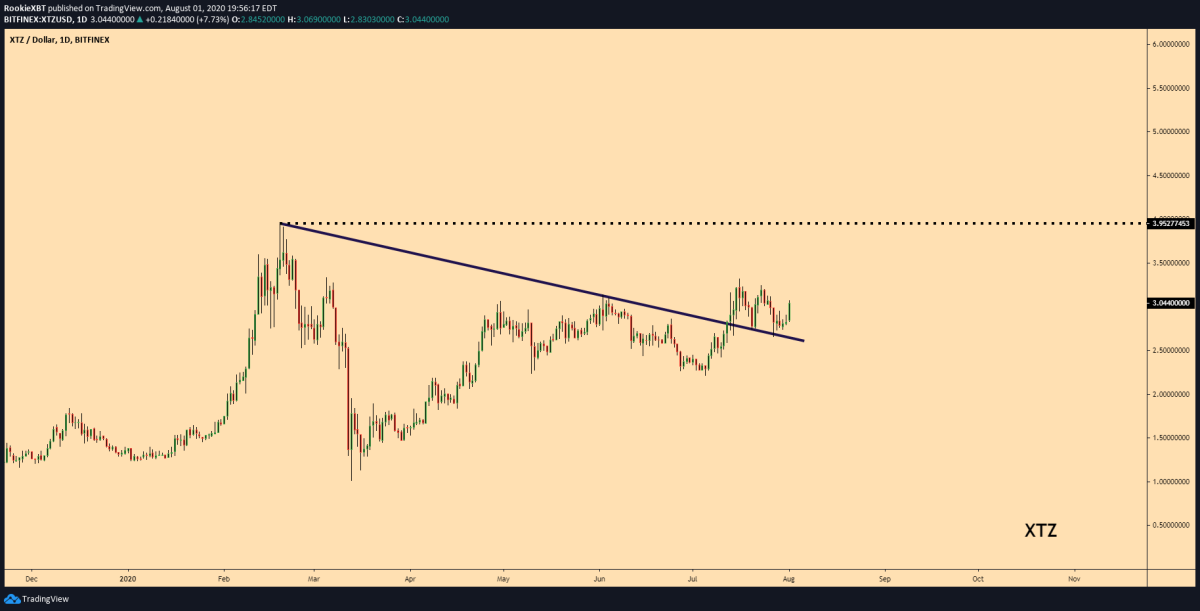 Michael Van de Poppe believes a bullish breakout is inevitable. In his opinion, consolidation above $ 3 will lead to the formation of sufficient momentum for the bulls to test the psychological level of $ 4. Yesterday he wrote:

Support is maintained, and we bounced up sharply. It is necessary to monitor whether the level will withstand $ 3 and / or $ 3.12. I assume that from this area we will attack the $ 4 mark. 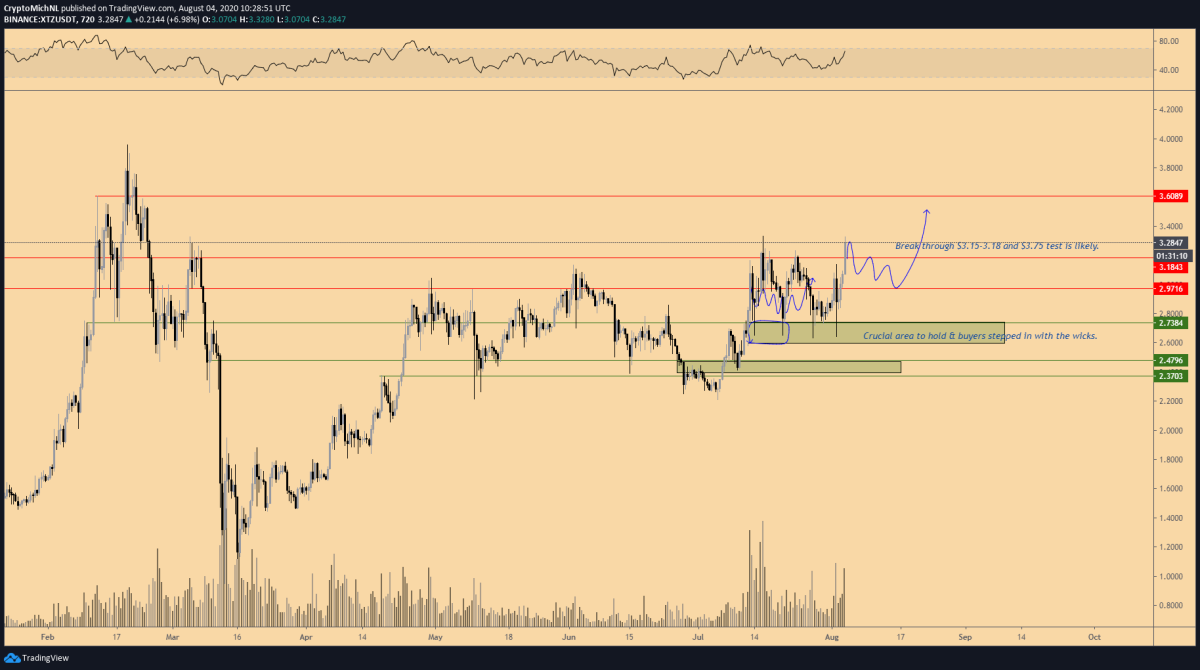 Today Van de Poppe confirmed that his forecast is up to date:

If we get close to $ 3 and hold this level (an important mark on lower timeframes), I will be happy to buy on this decline.

Traders are confident in the continued growth of XTZ

Retail traders are incredibly optimistic about Tezos. Over the past few weeks, the level of open interest in cryptocurrency on Bitfinex has almost tripled. However, the more important factor is that 96% of all market participants opened long.

Josh Olshevich of Brave New Coin noted this in a recent tweet:

Open interest in XTZ on Bitfinex is 96% long, with long volume at a new mega-historical high. 70% of these longs were opened at the end of July.

Thus, if, after consolidation, buyers successfully test the key resistance above $ 3.6, the process of price disclosure and the identification of a potential high may result in significantly higher XTZ peaks.