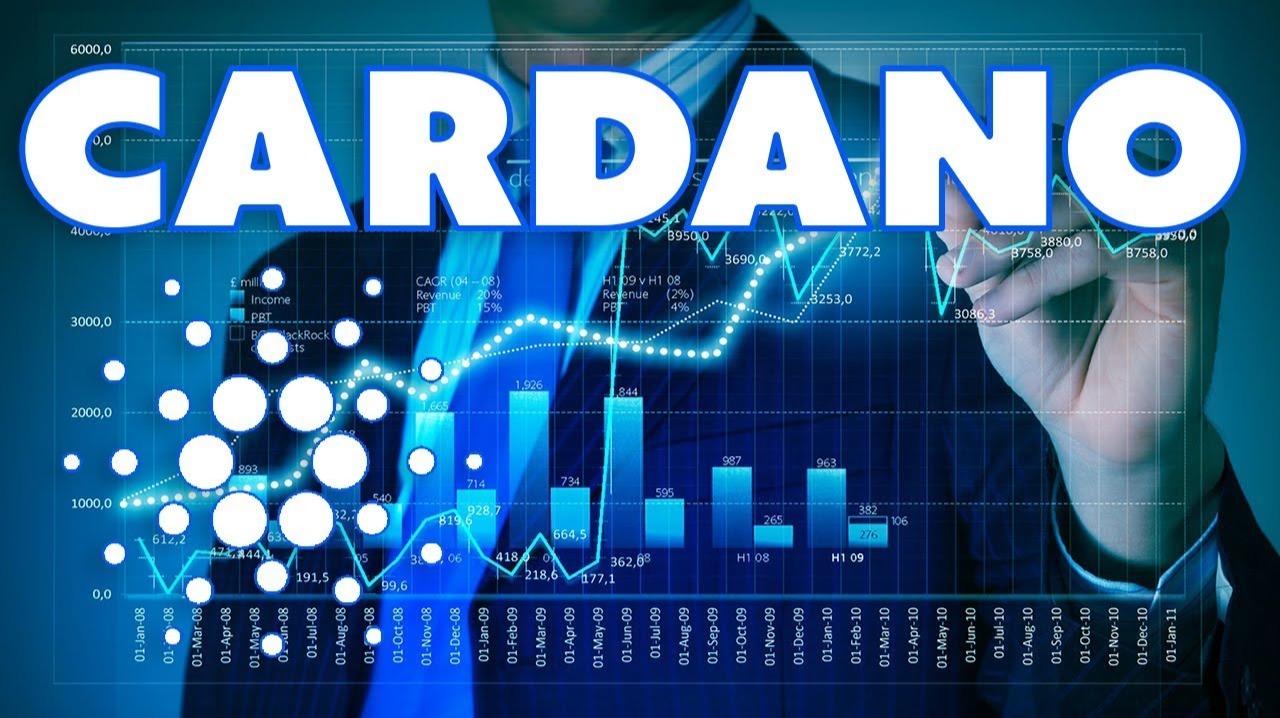 Cardano (ADA) has been growing since the beginning of April, but the uptrend has begun to show signs of weakening. The couple is probably already approaching its ceiling. 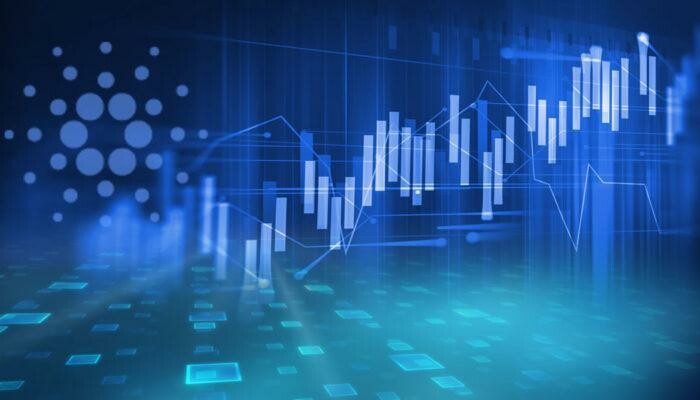 From August 2019 to April 2020, the ADA rate consolidated around 500 satoshi, but then the price began to rise, and the pace of this growth was accelerating more and more. The market broke through the 50-week moving average (MA) and turned it into support for the week ending June 15th.

The nearest area of ​​resistance is located in the area of ​​1170 Satoshi. Here passes the Fibo level of 0.5 correction of the entire bearish move that began in April 2019. Achieving this area seems very possible, since the beginning of the current bullish move, trading volumes have grown significantly, and the daily RSI does not give signals of a bearish divergence. However, we cannot say with certainty whether the price will succeed in making a successful bullish breakthrough of this resistance. 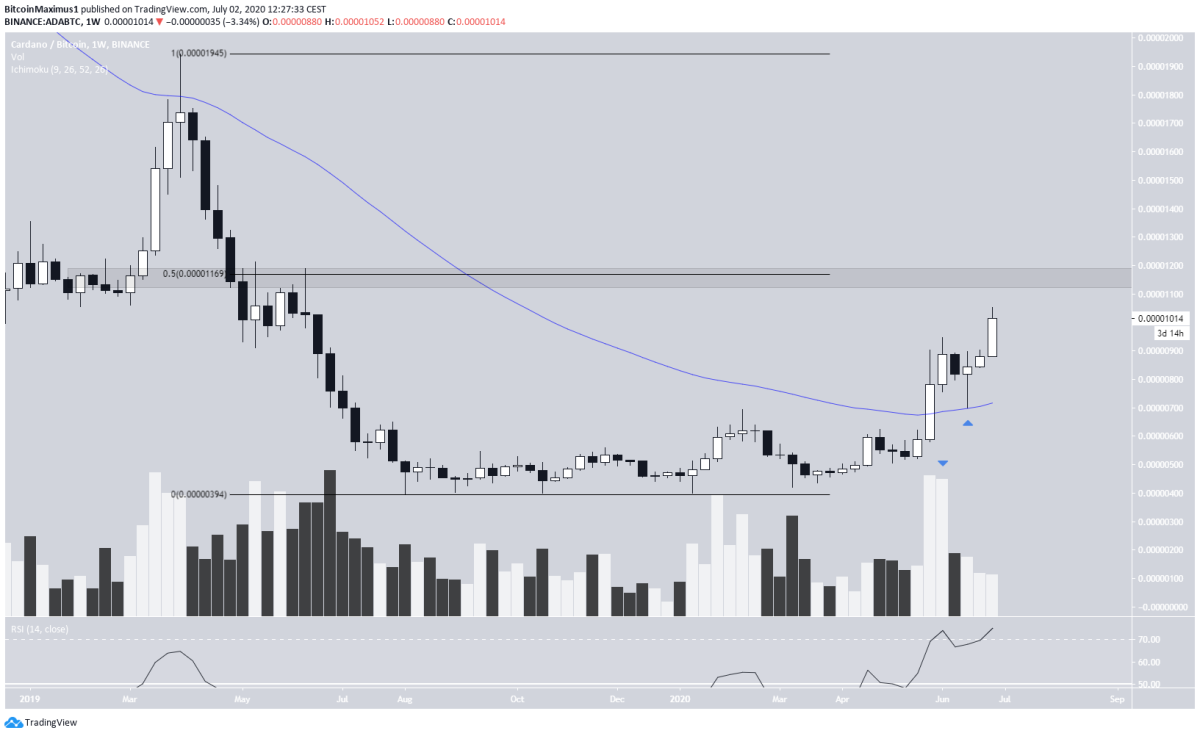 The popular cryptocurrency trader Nico (@CryptoNTez) suggested that the ADA rate may continue to grow in the direction of the area 1100-1200 satoshi - that is, the very area of ​​resistance, which we identified above. However, he warned that players should be careful, as trading volumes are declining.

A similar goal can be identified if we apply the Elliott wave analysis and consider the five-wave structure present on the chart from the beginning of the price growth phase. To do this, we will equalize the wave heights 3 and 5, which is a relatively common practice.

Although the 50- and 200-day MAs have already formed a bullish intersection and the price is trading above them, strong signals of a bearish divergence are observed on the daily RSI. This may be an indication that the current price move is nearing its end. 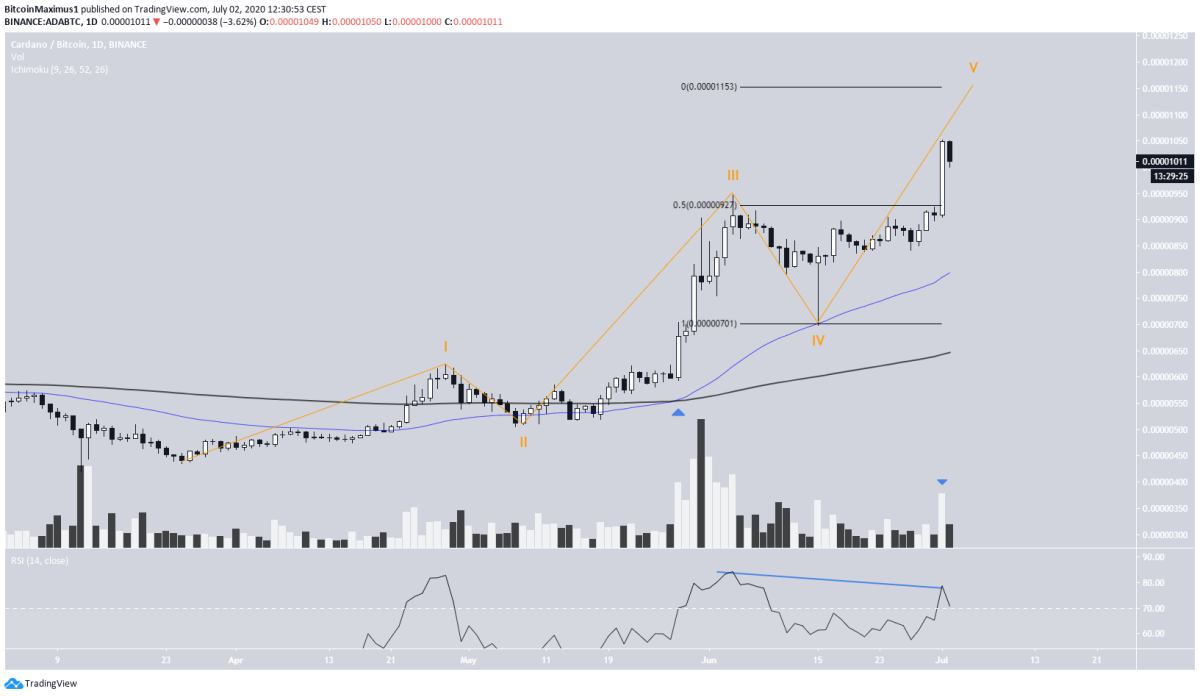 An analysis of the ADA / USD chart shows that the price is trading between resistance at $ 0.105 and support at $ 0.072. Technical indicators are very similar to the characteristics of the ADA / BTC pair. During yesterday's growth, trading volumes turned out to be significantly lower, and RSI at various timeframes gives strong signals of a bearish divergence.

Thus, although the price can definitely reach the area of ​​resistance, its bullish breakout is not very likely. At least this will not happen on the first try. 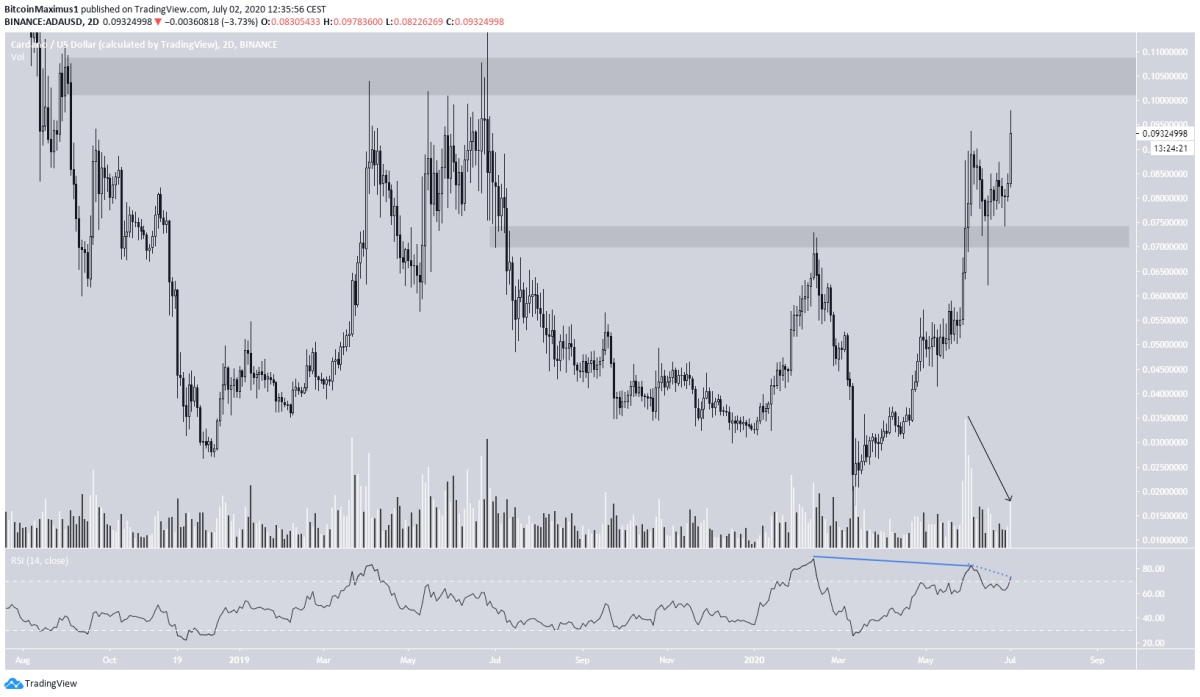