CoolMining is an on-chain simulation game based on real-life hash power. The first Gamefi project with NFTs backed by real life assets. Players can participate as stakers, miners and mining site owners to savor the joy of creation.

Oct 31 2008, Satoshi Nakamoto published a whitepaper on the cryptography mailing list at metzdowd.com describing a digital cryptocurrency, titled " Bitcoin: A Peer-to-Peer Electronic Cash System ". The paper describes the way to build a purely peer-to-peer version of electronic cash would allow online payments to be sent directly from one party to another without having to establish trust. Soon, on Jan 9 2009, Nakamoto released version 0.1 of the bitcoin software and launched the network by defining the genesis block of bitcoin, the first "Bitcoin Mining" ever. PoW Mining Bitcoin uses POW as a consensus mechanism. Instead of having a central authority issuer, new bitcoins enter into circulation by sophisticated hardware solving extremely complex computational math problems. The process is called Bitcoin Mining. Mining is structured as a race between miners, who compete to solve computationally intensive puzzles and become the first on the network to successfully validate a new block and pocket the reward. The solution to the puzzle is the block's corresponding hash value. The probability that a participant will be the one to discover the solution is related to the one's portion of the total mining power on the network.

Hashrate = Numbers of Calculatons Per SecondHashrate=NumbersofCalculatonsPerSecond

Bitcoin network is designed to self-adjust in order to maintain a consistent 10-minute block verification time. And a consistent factor that affects how long it takes to mine one bitcoin is what is referred to as the network’s hashing difficulty, which automatically adapts to network's total hashrate. Nowadays, the most common unit used to measure mining power is TH/s, TeraHash per second, 10^12 calculations per second.

At first, bitcoin miners chose Intel or AMD CPU products as mining rigs. However, since CPU mining is a compute-intensive application, it is no longer profitable or even loss-making for CPU mining with an increase in the number of miners and the performance of mining rigs. Around 2012/2013, miners started to use GPU or FPGA mining rigs. Shortly after, in mid 2013, a large number of ASIC mining rigs launched. From July 2013, network-wide total hashrate surged due to the large number of ASIC mining rigs put into operation. Based on the average hashrate in July 2013, all CPU mining rigs were unable to generate positive revenue, and FPGA mining rigs were close to zero return. Estimation based on the average hashrate in September 2013, all small ASIC mining rigs developed for individuals generated almost zero positive returns. Majority of the hashrate was dominated by clustered ASIC mining rigs with 5 TH/s or more. Mining individually was squeezed out of the mining community due to insufficient revenue. Some miners gathered money to build mining sites and installed massive mining rigs in places where cheap electricity was available. The same story repeated in the upcoming 8 years, leading to centralisation of hashrate we witness today. Current mining landscape is made of up the following 4 stakeholders: mining rigs manufacturers, big miners, mining farms and mining pools. 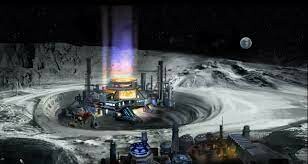 Satoshi Nakamoto once, on BitcoinTalk, called for a peaceful agreement among miners to delay the start of GPU mining race in order to provide the latter entrants a fairer environment. However, as the introduction of ASIC chips, miners opened a Pandora's box. Total hashrate on bitcoin network surges as the chip technology advances and exceeded 100EH/s, E= 10^18, barricade. Without specialized mining rigs, ordinary computational equipment lost their places in the mining game. Specialized mining rigs are expensive to purchase, costly to maintain and complicated to operate. Only by scaling can one reduce the marginal cost to achieve a profitable margin, which in turns raises the entry barrier to the mining game even higher. As the development of blockchain technology, token standards like ERC-20, ERC-721 and ERC-1155 gained public recognition in forms of tokens and NFTs. We now are able to verify the ownership of an asset without relying on a third-party authority. This concept and its underlying value are understood by more and more people, that makes ordinary people participate in bitcoin mining possible.

In order to enable all junior miners to have authentic mining experience without the noisy environment and complex operation, we decide to turn mining, a hard-core and complicated business, into a similuation game based on blockchain. Every participant will be a miner in the game and earn BTC rewards by owning power. In CoolMining simulation world, there are different ways for players to possess computing power. Also, various roles are available for players to percept the mining industry from various angles. In CoolMining, players need to allocate resources accordingly to maximize computing power, which is equivalent to real-world hashrate that will generate BTC rewards. By gamifying the mining process, players not only are able to participate in mining under a cozy environment but also exploit their imagination to create mining rigs never seen in real life before. Savor the joy of creation while making money. CoolMining makes these possible because all in-game hashrate correspond to real world hashrate. Every second trillions of hash calculations are being conducted in the real world, competing for the right to validate a new block to pocket the network rewards.