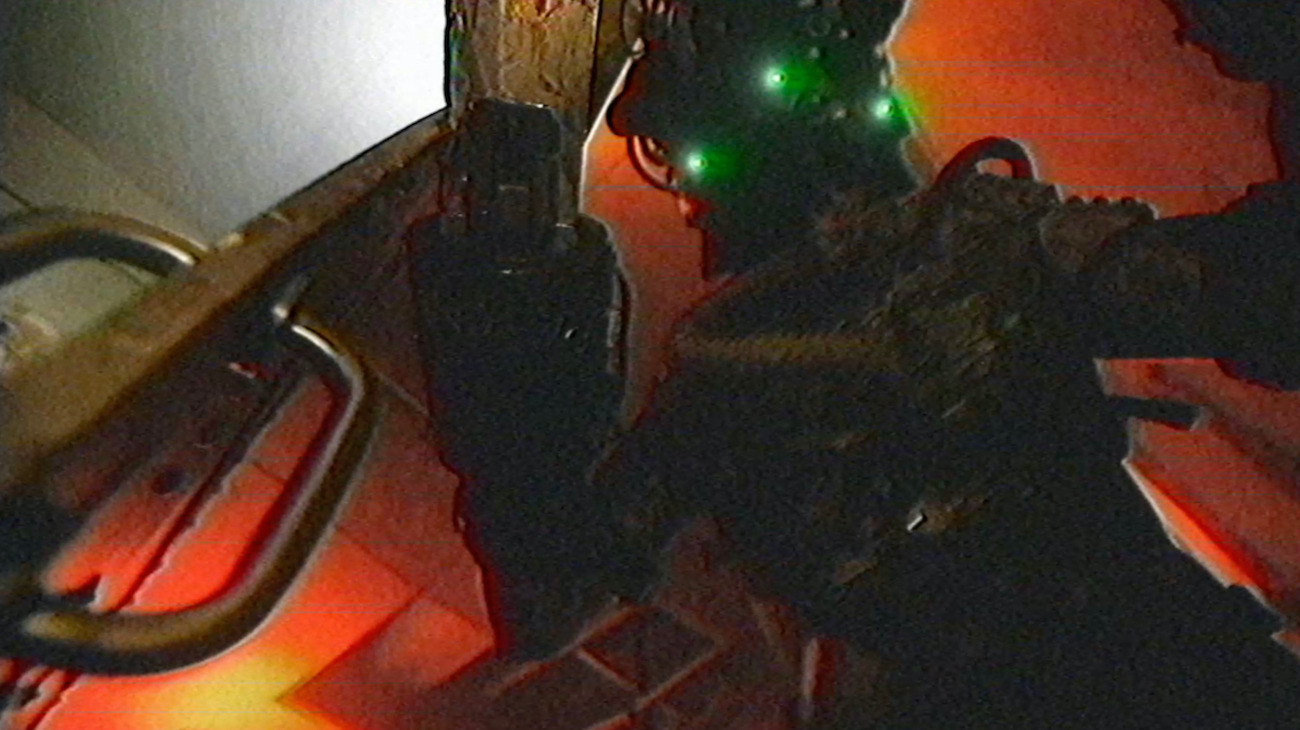 What can one usually find in sewers? Feces, rats, false teeth, human placentas, used condoms, occasional shoe and panties, even jewelry. What can one sometimes find in sewers? Pennywise, opera ghost, Craig the “creep”, humanoid underground dwellers. Speaking of latter, in the latest anthology of V/H/S/ horror shorts, released earlier this month, a pastor seems to have found one. My takeaway is that sometimes God just blesses us with a perfect opportunity to show the wicked sinners all around us what they have brought on themselves by being just that – everyday sinners. The opportunity can come in shape of subterranean horror and, naturally, utilized for greater good. On other occasion however a bunch of domestic terrorists seem to have been let down by God they praise and call upon each day, when a weapon of metaphysical nature they have developed causes significant trouble in their compound. This is all taking place in 1994 when the Internet was something one could access for payment using phone line and a superfast 56 Kbps modem connected to a computer with a 75 Mhz Intel Pentium CPU.

None of the above however looks like it could have been reason enough for the hype amongst horror geeks. But the hype is real, and what’s no less important – it’s justified.

I think when you are doing the found footage genre, that what you zoom in on at any given moment matters more than in any other genre. It’s what grabs the attention of the person who moves with their handheld camera that is at the heart of this genre. Thus you can make a movie without a lot of budget because things like sounds of tree branches breaking, and clues and signs left by something or someone can be successfully utilized because with amateur camera you are a perpetual explorer and discoverer; all of a sudden simple things acquire elaborate meanings and, if you’re good at telling your story, the viewer hasn’t got a moment to realize that that what’s actually being shown to him, or her is nothing extraordinary, fantastic, “out of this world”.

V/H/S/ 94 however is different from what I just described as found footage genre: most of the time sets and props aren’t simple. This is where, in my opinion, anthologies can always excel: since the filmmakers don’t have to think about how to fill the screen for an hour or two, all the aesthetics are likely to get an extra boost. When it comes to V/H/S/ 94 specifically, the overarching plot with SWAT team exploring building used by a cult has received fitting cinematography as well as impressive set designs; ones that help to perpetuate the feeling of trepidation, anxiety and disturbance with flickering tv screens, and dolls being inanimate substitutes for members of audience in a movie theater. So, I guess, one reason for the hype could perhaps be found here.

If there’s one thing V/H/S/ 94 stays true to as a work of found footage genre it’s the minimal use of CGI. This could be another reason for the hype. Enter my favorite piece in the whole anthology: The Subject. This is a sci-fi body horror anyone who loves stuff such as Virus and Frankenstein’s Army will love right from the opening scene where one can see a human head with metallic spider legs attached to it. This is still the year 1994 yet location is Jakarta area in Indonesia, and during the same aforementioned scene we get introduced to an offspring in the line of Dr. Victor Frankenstein’s type of characters. Throughout this segment it is astounding to see how the ratio of props and set designs vs CGI had been maintained to end up with another piece of art in the genre, which includes everything from realistic workshop of mad scientist of 90’s to first person POV scenes akin to today’s Counter Strike online shooting game albeit with victims of that same mad scientist. On the background of all that questions are being raised about where does one draw the line between human survivor and a machine; about what makes one still identify as himself or herself even when all one is are just parts of metal and one’s former self; are we really that dependent on our survival instinct, wanting to keep going even when everything that makes us fit for our everyday environment is gone? It might be different when one is confused like in The Empty Wake segment, when a significant part of one’s body responsible for cognition is impaired or even lost, and some habitual impulses just drive us forward, but if we do have reasoning and cognition in working order, is our desire to live unconditional?

V/H/S/ 94 won’t answer those questions, but it will offer fitting visual features for those occasions when you feel like asking them. Those are presented by some people behind industry heavyweights Shudder and Bloody Disgusting; thus even if you don’t think you are interested in those questions, V/H/S/ 94 makes a decent point of reference as to where horror is these days quality wise, philosophy wise, standard wise. It’s good. As in horror fan taste good.

Whizzing Tripod is my favourite blog title and it's inspired by the novel "War of the Worlds", written by H. G. Wells back in 19th century. I consider it to be a phenomenal piece of written word from every angle - the choice of the style of storytelling; the core idea (aliens) and how realistically it's presented; the portrayal of people as well as aliens; the conflict and how it develops throughout the story; the machines! On my blog I just publish some occassional rants. 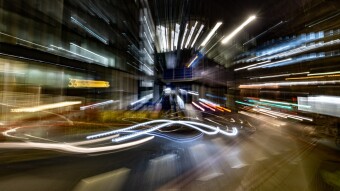