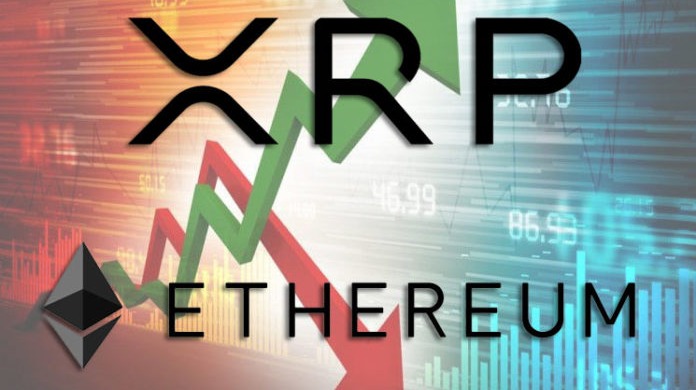 Me, ranting about Eth and XRP

By DimitarM | Welcome to my life | 3 days ago

Last days I keep reading those articles how ETH and XRP are going to be the top performing cryptocurrencies of the decade. And yet, I disagree with most of what I read. One very important thing most people choose to ignore is that Ethereum and XRP and Utility coins. They are not meant to be an investment. Their purpose is completely different. Yes, both of them can be a good short-therm investment and some lucky guy can make a buck or two by margin trading them. But I do not see how in the long therm ETH or XRP will ever get to their previous all time high values. I remember the time, about 2 years ago, when Ethereum was between 500 and 1000 USD and XRP was about 1-2 USD. And many many people decided that they will follow the BTC and grow up with thousands of percents more. I know people that thought its a good idea to borrow money and buy XRP at about $3, and then they did not sell at the time when it hit almost $4. They decided to keep it and wait even higher price. And you know what is the price now - about $0.20. In fact all of those people lost tons of money.

Me and my friend, we were both mining ETH at that time. We had similar type of equipment and we were mining about the same amount of ETH per day. The difference was, that I was always exchanging it for BTC. I was paying fees, but for me the BTC was always the king. And yea, there was a time, when 1 ETH was about 0.12 of BTC and it was great. But hey, let me tell you what my friend did. He decided to keep the ETH, so he accumulated about 5- something ETH and he kept them in his wallet. At first ETH went even higher and he had more crypto than me - measured in USD. But times changed, ETH started dropping down. Everytime BTC was losing value, ETH was losing value too. Every time, Bitcoin came back up, but the altcoins did not - that includes ETH(and so many others - Doge, XLM, ETN, XRP, XMR and many more). All of them were losing value with the Bitcoin, but then BTC was growing back to the same levels as before, and those coins never recovered. This ultimately has lead to the point where the Bitcoin Dominance on the market was over 70% - this means that Bitcoin was holding over 70% of the value of all cryptocurrencies on the market. So, my friend with his 5 ETH, at one point had about $7500 USD at his wallet. Now, if you calculate it it will be more of $750, which would probably be less than the electricity he paid to earn those coins. And he's still holding them. The worst part is that I do not see a future where he will even going to make the half of those $7500 USD.

And I really do not understand why nobody is talking about this. They are all explaining that XRP and ETH are such of a great investments. Let me just tell you guys, the only way ETH and XRP are going to explode again is if someone starts artificially to pump them. Even if that happens I do not think it will be long therm. The reason Ethereum and XRP were created was completely different and not to be an investment.

Ethereum is great for his smart contract capabilities.

XRP is a cryptocurrency to allow fast transactions between institutions and the big goal is to replace at some point the FIAT for payments between banks.

Any of them was not intended to be an investment.

I do not expect everyone to agree with me, but I can only give my opinion. Good investments are Proof Of Stake coins that can generate income for you when you are hodling them.

Bitcoin is something else, I do think that it will be the crypto that will explode at some point around next two halvings. Not right after, but soon after that.