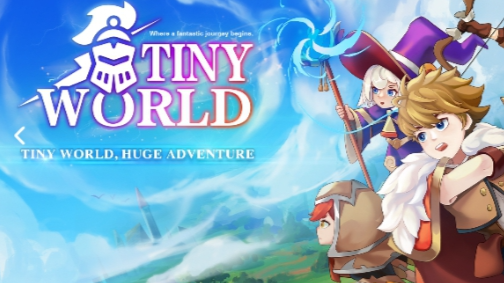 A COMBINATION OF DEFI, NFT, AND GAMING, HOW TO CREATE MULTIPLE STREAMS OF INCOME AS A GAMER OR NON-GAMER ON TINY WORLD.

The gaming industry witnessed a rapid increment as more blockchain games develops giving gamers the opportunities to earn while doing what they love. The emergence of NFTs (non-fungible tokens) which enables digital ownership plays a vital role in gaming projects where users or players can earn asset while playing games and sell it for a token on the secondary market. However, the NFTs evolution is still in its infant stage which was described as an illiquid asset except for its uses mostly in gaming projects as an in-game asset and others. While players can play with the game NFTs, earn a reward for playing the game, and also decides to sell the NFTs, those who are not a fan of playing a game or who do not have enough time playing games could not earn the gaming reward even while holding the project NFTs. In this article, I will be discussing different ways to earn on TINY WORLD creating multiple sources of income either as a player or not at your convenient time.

Combining defi, nft and gaming together is an outstanding feature of TINY WORLD as a blockchain game to create a stunning experience for both gamers and non-gamers. To bridge the gap between gamers and non-gamers, the ecosystem is designed in a way to accommodate every user to create a passive income for themselves by either actively playing the game or holding the NFTs. Do you mean I can earn just by holding the game NFTs without being a player? Apart from holding the game nfts used in participating in the game, in the next few slide, I will list different ways you can on TINY WORLD. The world is TINY but can contain everyone to earn. To participate in the game requires just 1 Hero NFT and a maximum of 3 to start earning either as a gamer or not.

TINY FARM
Not only will you earn as a player, but also by staking your asset on the tiny farm which includes multiple ways to earn. The combination of defi with gaming will be one of the ways for users to earn effortlessly and will play a tremendous role in the advancement of gaming where players and non-players can earn a passive income. With defi, nft and gaming on a single ecosystem, you can earn on a tiny farm in multiple ways which include;

Apart from different ways highlighted to earn in each category, users can also earn by lending their in-game assets, staking their tokens, trading items on the marketplace, staking liquidity provider tokens in the tiny vault, and also increase their reward by moving into higher categories from NOVICE-GOD. As the gaming industry evolves, there will be a need to give access to non-gamers to participate in blockchain games and earn passive income like Tiny world. The world which is TINY but built for everyone to play, earn and enjoy their adventure in blockchain gaming.