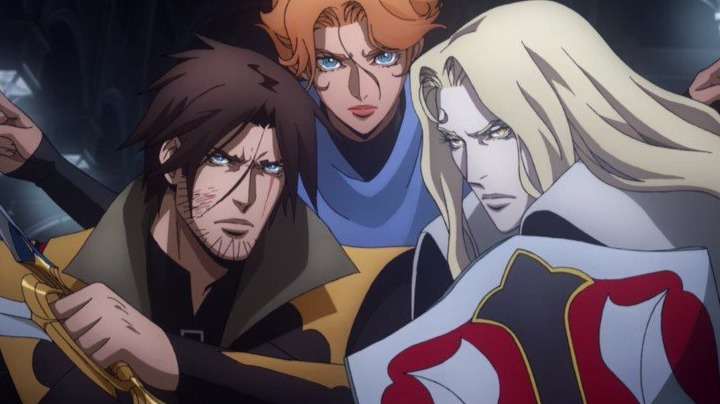 Castlevania is a must watch!

I just finished the fourth season of Castlevania on Netflix and boy oh boy it was so fucking good!

Unfortunately, we are not getting a new season although it appears we are getting a spin off in the future.

Castlevania is a cartoon, loosely based on the Castlevania video game and its mythology. I haven't played any of the games, with the exception of the game boy game. So my opinion is entirely based on just the cartoon. Perhaps hardcore gamers will disagree or get disappointed by the series.

This Netflix production simply blew my mind. For starters, the animation is excellent, I actually believed at first that I was watching a Japanese anime! I think I read somewhere that the production team actually hired people from the Japan for the animation but I'm not entirely sure.

The story and the characters are also quite interesting and overall a very nice spin on the old and tried Dracula story.

Even the English voice acting is good ( with the exception of one or two characters where it sucked balls) something that I found quite surprising.

Lot of action, lots of fights and the occasional drama result in a series that you will be simply unable to stop watching till the final episode, which has a satisfying ending with no strings let loose.

Overall a great watch regardless of age. If you like vampires, monsters, spells and stuff like that it's a must watch!